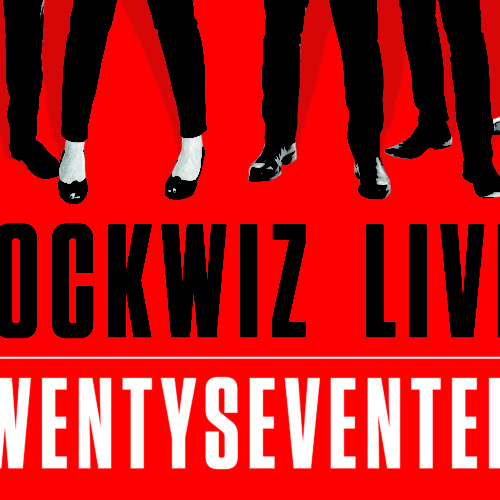 RocKwiz will be hitting Maryborough for the first time, in July for a live show. This tour comprises 31 shows, beginning in Ballarat and performing in places like Bendigo, Hobart, Canberra, Newcastle, Tamworth, Cairns, Mackay, the Gold Coast and Perth. Enjoy many of your favourite segments like, Who can it be now, Million dollar riff, The furious five, and Contestant Karaoke.

RocKwiz began as a TV show on SBS IN 2005 and is still going strong and proving popular. For those uninitiated it is a music trivia quiz show starring the beautiful Julie Zemiro as the host, Brian Nankervis as the scorer and adjudicator when necessary, Dugald McAndrew as the Roadie who acts as the ‘human scoreboard’.  And of course the RocKwiz Orkestra, who very skillfully provide all of the musical clues and the backing music for the contestants and special guests.

A few weeks ago, on a beautiful winters morning in Hervey Bay, Queensland, I made a call to cast member Brian Nankervis who was quick to inform me that he was freezing and at a coffee shop in Ballerat, Victoria, after performing in their first RocKwiz Live Show of this tour,  and that he couldn’t wait to warm up in Queensland…….and so our conversation started.

Kim: What is it about RocKwiz that makes it so popular still after all these years?

Brian: We have been doing the show now for eleven years on tv, and almost as long in the theatre. With each show we are getting better at it. I think the fact that we pick contestants from the audience and they in turn get to revisit the past is a great drawcard. There is a certain nostalgia about it as we ask them questions like, ‘What was your first ever concert’ etc.

Kim: While we are on the subject Brian, what was your first ever concert?

Brian: My first ever overseas band was english band, ‘The Kinks’ they were amazing. My first local band was ‘MPD Ltd, they were a Mebourne band who only lasted a couple of years but long enough to leave a lasting impression. Nothing beats live music.

Kim: What can people expect from the live show?

Brian: The show is very similar to what we do on tv, but longer, bigger and louder. There are no cameras so we can be a little bit looser and try a few things without having to worry about camera angles or lighting. It is a very exciting show as it is happening in the moment, it really is quite refreshing. People love it because they love the tv show.

Kim: Have you been to the Fraser Coast before?

Brian: We have never performed in Maryborough before so it is very exciting for us. I have passed through on a family holiday, we stayed in Urangan, Hervey Bay. I actually can tell you all of the suburbs in Hervey Bay…….Urangan, Scarness, Pialba……Oh what’s that other one, help me out!

Brian: Torquay, that’s right. That’s funny as I have been to the Torquay in Victoria, it is a beautiful place.

Kim: Do you have a special message to the people of the Fraser Coast?

Brian: We are so excited as we love playing in new venues. Come and see the show. We are all southerners and looking forward to some warm weather. We always bring three artists with us on the road, this is kept secret until the night. Just to entice you we bring a household name, an up and coming talent and somebody who sits comfortably in the middle. So make sure you buy a ticket and we will see you there!

In RocKwiz’s own words, ‘Don’t miss a night of hilarious entertainment that is RocKwiz Live!’