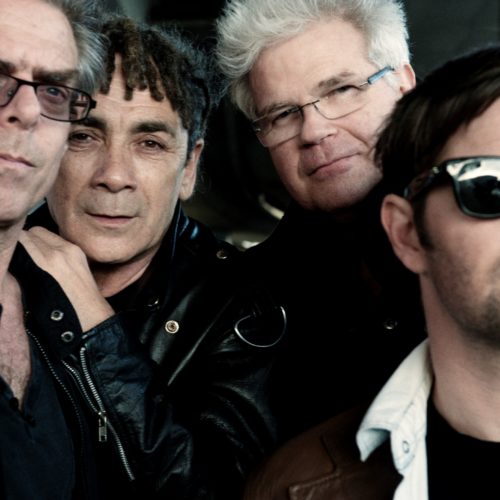 Iconic band, Dragon is coming to Hervey Bay, and I for one just can’t wait.

Those who grew up in the 70’s and 80’s will remember hits like, ‘April In Cuba’, ‘Are You Old Enough’, ‘Still In Love With You’, and ‘Rain’, come on who didn’t stand there belting out the hits through your hairbrush, rolling pin or in fact any other appliance you could get your hands on, and don’t tell me that you didn’t let loose on the dance floor when visiting the nightclubs dancing to none other than Dragon. These were carefree times where life was full of promise and excitement, and for me I must admit that when I hear these songs today I am transported back to my youth. There is a certain nostalgia associated with this band that will stay with me forever……Now, exactly where did I leave my rolling pin?

I recently caught up with the Founder and last remaining original Dragon member Todd Hunter to talk about the band and the upcoming show. – Kim Parnell – Editor

How does it feel to have so many of your songs still sung and remembered today?

It is the best feeling in the world. We write them and watch them take on a life of their own.

What advice would you give to up and coming musicians wanting to join a band?

Find a bunch of friends and practise together, within six months you will start to sound good. Don’t give up, and remember that it is supposed to be fun, never lose sight of that. Being in a band is the best thing in the world. Remember if you really love it and it shows, other people will love it too.

I would also say, don’t follow others, please yourself on your musical journey.

Do you feel that an online presence is important for Dragon?

Absolutely. At the moment my son James Hunter looks after all of our social media. James is a professional basketball player who has just signed on to play for the New Zealand Breakers with the NBL, so he doesn’t have a whole lot of spare time in his busy life.

Dragon appeared on the show Countdown many times over the years, what do you remember about that time and what was Molly Meldrum like?

The Countdown years were wild, we would do anything to make ourselves noticed. Back then the power of TV was enormous.

Dragon was inducted into the Australian ARIA Rock n Roll Hall of Fame in 2008. What did this feel like?

It was a great night, surprisingly emotional. After my brother Marc died in 1998 there was no band for eight years. After he died we needed to feel his presence again. To do this we knew that we had to sing the songs again.

Besides all of the pubs, clubs and radio were still playing our songs, when we were out and about we would hear other bands playing our tunes so it was time.

Does Dragon rehearse at all?

No we don’t rehearse we can do this in our sleep. We also improvise on stage while we are playing.

Dragon will play anywhere, we stay small deliberately. Our goal as a band is to keep playing and to be a working band. When you play the bigger venues the only way is up and it is difficult then to play the smaller venues.

Come along and sing with your fellow human beings, I bet you will know every song and have a great night.