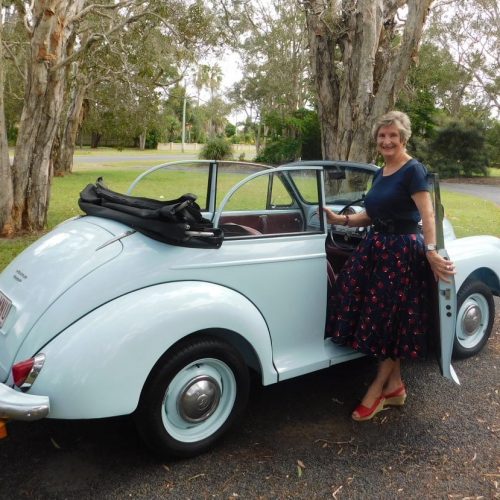 Easter festivities on the Fraser Coast will be enlivened by the arrival of more than 120 Morris cars for the national rally in Hervey Bay.

Event coordinator Jill Fowlie said participants from as far away as America, England and New Zealand would join enthusiasts from most states for the Morris Registers of Australia Rally from March 30 to April 2.

She said this year, the biennial event had been opened up to other Morris-related clubs, and had incorporated the Australasia Vintage Minor Register Rally.

There would be multiple opportunities for people to see the collection of vehicles including during an afternoon tea outing to Howard on Good Friday, a display in the grounds of the Hervey Bay Cultural Centre from 9am to 2.30pm on Saturday followed by a promenade of cars along the Esplanade at 3pm, a family fun day in Maryborough on Sunday at the Wharf Street Historic Portside Precinct from 9.30am until after lunch and a drive to Burrum Heads around lunchtime on Easter Monday.

“Our activities are planned to showcase the city to entrants and provide the opportunity for residents to inspect the large slice of British motoring history,” she said.

Mrs Fowlie said she hoped that after the rally participants’ short visit to Fraser Coast they would return for an extended holiday.

Article and photo submitted by: Fraser Coast Tourism and Events