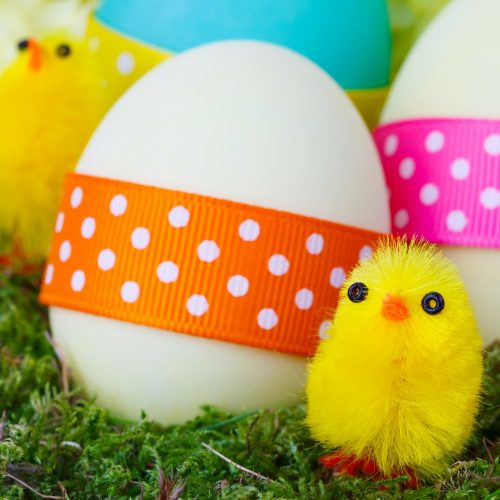 Bunnies, eggs, chicks – Easter is here!,  While it is important to not forget the true meaning of Easter, and the significance of the day, It is also a great time to engage with each other, to put down the mobile phone, the Ipad, the Play-station controller, and everything else that is a distraction. Why not plan one of the fun games listed below and get the whole family involved.

The person that you are playing against holds up an Easter Egg and taps it against your egg. The winner is declared by the person whose egg remains whole with no cracks.

Hide enough eggs for each of the children to find. I actually used to enjoy playing hot and cold with my children, when they got close to where I knew I had hidden an egg I would say warm, then hot, then hotter until they found the egg. If they were a long way of I would say cold.

This is a great game for a bigger group of kids. Just divide the group into two–man teams, each team gets two cardboard eggs, (just cut-out some ovals in cardboard). Place one egg on the ground and get one of the team-mates to stand on it. The other team-mate places the second egg in front of him and the first team-mate has to hop onto the second egg, meanwhile the first egg has been moved to the front again. You keep this up until the finish line is passed. The winner is the first team across the line.

Growing up as a child I was always fascinated with painted eggs. Every Easter our mother would boil eggs and then paint them with funny faces or landscapes etc. you never knew what you were going to get. As we got older we were able to paint our own eggs and had many a laugh. If you don’t have paints use felt tip pens instead. Just make sure the outside of the egg is dry and that it has cooled slightly – Oh, and don’t forget to eat the egg when you have finished painting it.