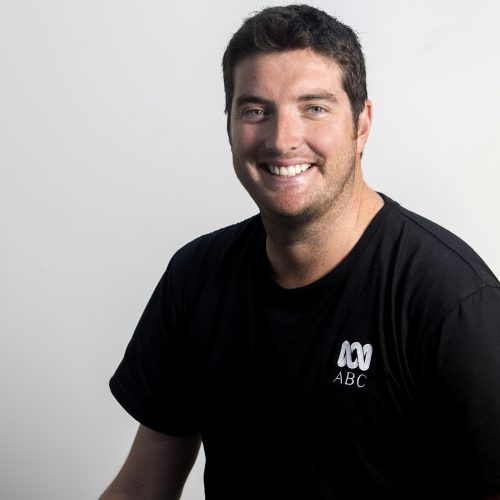 Imagine sitting in the pitch-black basement of Maryborough’s historic Bond Store listening to stories about people from the Fraser Coast community.

Robyn Peach, event manager for Fraser Coast Tourism & Events, said members of the public would be able to do just that at Voices in the Dark, A Night of ABC Radio, which was part of the Mary Poppins Festival.

“The 10-day celebration of storytelling is not just for kids, it’s for grown-ups too,” she said.

“Voices in the Dark is just one of many events for adults which have been included in the festival program.”

Mr Marsellos said it was such a treat for the senses to just listen.

“The Bond Store basement is dark, beautiful and a little creepy: the perfect place to sit back and listen,” he said.

“These are top-quality radio stories with sound effects.”

Mr Marsellos said he expected the crowd to laugh, be impressed and maybe a little scared hearing the stories which ranged from the origin of the Proud Marys – an association of women whose name contains ‘Mary’ to boxing tent showman Fred Brophy.

Mrs Peach said tickets to the event, from 6-7.30pm on Thursday, July 5, were free but people had to book via marypoppinsfestival.com.au because seats were limited.

She said other festival events for adults included a solar printmaking workshop, the official opening of the Maryborough Mural Trail, a clay character workshop, and an exhibition opening.

Mrs Peach said other highlights of the festival would be world-first performances of the Mary Poppins Happy Ever After musical, initiated by the Proud Marys in partnership with the Maryborough Players and funded by Fraser Coast Regional Council; The Magic Banyan Tree show and the day of fun at Mary Poppins in the Park.

Mrs Peach said more information was provided in the full program at marypoppinsfestival.com.au.

The Queensland Government, via Tourism and Events Queensland, is proud to support the Mary Poppins Festival which features on the It’s Live! In Queensland events calendar. Your perfect next event is in Queensland where live events combine with the most incredible destinations, and life is beautiful one day, perfect the next.