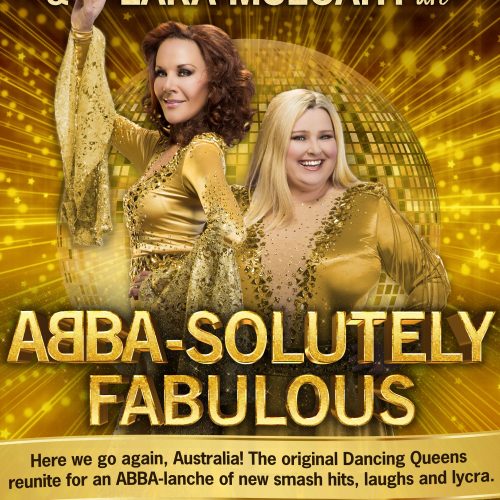 Rhonda Burchmore is one of Australia’s most loved and best-known performers. She has forged an illustrious career spanning decade’s, appeared on television as well as on the stage, recorded five albums, and won many awards.

From her humble beginnings growing up in Sydney to London’s West End you would think that Rhonda had done it all. I was lucky enough to have a conversation with her a few weeks ago about her career, life and love of fishing, as well as finding out about her upcoming show ABBA-solutely Fabulous.

As a child growing up in Sydney Rhonda remembers it as a safe, loving environment. Her mother Yvonne would take them to the local dance school. Growing up was a whirl of dance, costumes, and singing. With a holiday house on the Sapphire Coast in NSW the scene was set for many amazing holidays. This was a chance for everybody to come together as a family and where Rhonda got her first taste of fishing.

With the death of her parents to Parkinson’s disease and sister Michelle passing away in 2015 after a long battle with Multiple System Atrophy, Rhonda says, “Those years were extremely hard to get through, it certainly made me thank and respect how great my family life was. Not a day goes by when I don’t think of them all.”

Rhonda first met the talented Lara Mulcahy in 2001 when they performed together in the original Australian production of the hit musical Mama Mia and says, “Lara has been the best medicine for me, she has helped me heal from so much tragedy.”

In fact, they both connected and became the best of friends who incidentally, both share the same sense of humour.

Their upcoming show ABBA-solutely Fabulous is full of fun and craziness and has received extraordinary reviews. It has been forty years since ABBA performed in Australia.

The show is about two Australian girls that never got to see the performance way back then, so they tell their own story with approximately twenty-four songs. Rhonda says, “We don’t imitate ABBA, but we celebrate the seventies and ABBA’s music.”

There are some quick costume changes throughout the performance with the obligatory catsuits and platform shoes, along with a few surprises. Rhonda says, “Our young, purposefully picked, hot boys in the show are wearing shorts, sequins and knee-high white socks, they absolutely love the fun of it all, besides they get to see us oldies dancing.”

Produced by Rhonda Burchmore herself the show only took two days to write and was done on the lounge room floor. Rhonda says, “We know each other so well, we had an idea of what we wanted to do so got together talked, listened to the songs and bounced ideas off each other.

“We found that we had a lot of similar experiences growing up, so we could draw from those. All our childhood memories from the seventies came spilling out.

Rhonda’s special message to YOU.

We are really looking forward to performing on the Fraser Coast.

ABBA-solutely Fabulous is all about friendship, girl power, and lycra. Come to the show and forget all your troubles. It is the ultimate girls and guys night out.

We look forward to doing a meet and greet after the show for a selfie or a little chat. It is always great to see the faces of the many locals.

I simply could not let Rhonda go without asking her about her passion for fishing which began on the Sapphire Coast in NSW on those family holidays.

So, for a bit of fun, here are Rhonda’s top five fishing tips:

1 – Do a pipi dance at the right tide. This is also a good exfoliator for your feet and don’t forget to

2 – When you throw your line out sing sea shanties to the fish to get the best results.

4 – Always chat up the locals about the best fishing spots.

5 – Don’t forget to kiss your fish then release if you are not planning on eating it. Give it a good