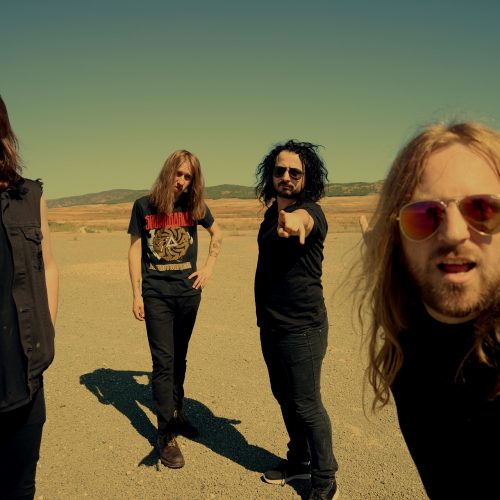 Things moved incredibly quickly for Melbourne rockers Massive after forming in Mid 2012. Within 6 months, they’d performed a number of showcase gigs in the USA, signed with management company Third Verse & were on the eve of completing their critically acclaimed debut album.

In 2013 the band took to the road supporting Glenn Hughes, Lita Ford and Australian heavyweights The Screaming Jets. The band signed a multi-album worldwide deal with Earache records and immediately made plans to take their brand of rock n roll to the world.

2014 finished with Massive spending 6 weeks on the road in the UK and Europe wowing audiences whilst performing as special guests of The Treatment & USAs Blackberry Smoke. 35 shows in total, tens of thousands of kilometres and unquantifiable amounts of beer. Massive are road dogs in the true sense of the term and enjoy nothing more than being on the road and playing every venue they can.

In 2016 the band released their 2nd full-length record “Destination Somewhere” which again received worldwide praise. It reached 33 in the UK rock charts and 19 in the Australian independent charts. In late 2016 the band announced they were taking on their first headline tour of Europe. 40 shows including a main stage appearance at Hard Rock Hell Festival.

Having hardly refilled the tank, Massive again jumped in the van in mid-2017, supporting Living Colour around Australia, then smashing headfirst into the UK summer festival scene playing alongside heavyweights ZZ Top, Rainbow, Extreme; Rival Sons and more. As a sign of the bands intent to never slow down, they somehow managed time to record their 3rd studio album titled “Rebuild Destroy” due for release mid-2018 along with the bands biggest tour to date crossing Australia, Asia, Europe, and UK.

“They are Aussie, they rock, they sound Massive” – Kerrang!