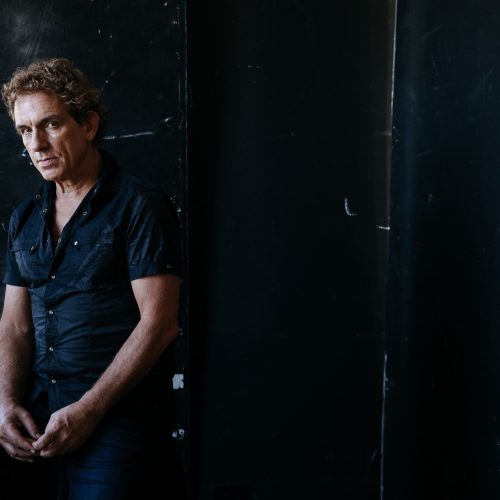 Like many people of the generation, my childhood in the eighties and nineties was dominated with the songs and music from Iconic band Cold Chisel.

These songs weren’t just words on paper, but each lyric told a story. Most of us could associate and identify with the meaning and with the mood of the music.

With vocals by both Jimmy Barnes and Ian Moss, Cold Chisel had many hits including Khe Sanh, Knockin’ on Heaven’s Door, and Cheap Wine. The nightclubs at the time were pumping out these tunes to hot bodies letting loose on the dancefloor every Friday and Saturday night, in those carefree nights of fun when life stretched out ahead of us and we all dreamt of the future.

For me personally, my favourite Cold Chisel song of all time is When the War is Over, I know this song word for word and have been known to listen to it repeatedly, much to the annoyance of those around me.

As a solo artist Ian Moss is definitely in a league of his own.

I was lucky enough to have a chat via phone with legendary Australian singer, guitarist and songwriter Ian Moss a couple of weeks ago. He is softly spoken, and one of the humblest people that I have ever talked to. Here is a man that doesn’t necessarily need or feel comfortable with the attention that his songs garner but just enjoys performing the music.

What was it like as a child growing up in Alice Springs?

I remember the absolute freedom, they were the days of not worrying about the fear of being abducted or anything sinister like that. Our parents would just tell us to be home before dark. They were great days just hanging out, having fun and playing with your mates.

Tell us a bit about your years in Cold Chisel?

I have to say that the Journey was more fun than actually getting there, as the experience is what shaped and moulded us. The early years were hard, but we all went through it together.

Back then, unemployment was high, and gigs were few and far between. But we all knew that we just wanted to play music. Of course, none of us could see into the future but I quietly dreamed and hoped for our success.

During your decade with Cold Chisel, what life experiences or lessons did you take away?

I think the biggest lesson that I learnt was to have a commitment of energy in every show. This was something that Barnsey was particularly good at, as was Don Walker they would pick you up on your mood and then get on your case about it. This was a strong lesson to learn as this was our living. We had to make sure that we left an impression and that we always gave every performance our best shot.

Your debut single as a solo artist was called Tucker’s Daughter and came out in 1989, selling more than 73,000 copies. Tell us a little about this album?

Unintentionally it turned into a good old-fashioned boy girl love song. I wrote the music and was working and struggling with the lyrics. I remember I was living in LA at the time and had the words ‘Build me up, tear me down’ but that was about all I had, so Don Walker helped with the lyrics and ended up co-writing it with me.

As a performer who have you performed with that either fulfilled a dream of yours or that you had to pinch yourself to believe?

The one that comes to mind would be when I was the support act for Eric Clapton in 2011. Unbeknown to me he was on the side of the stage watching me and apparently as I walked off, he stood up and applauded. I was told that he very rarely does that. This struck a chord and definitely left an impression.

Tell us about your new album, self-titled “Ian Moss” what does this album signify?

This is my first solo album in nine years and represents to me the first time that I have written the lion’s share of the music. People actually get to hear me rather than just bits and pieces. This album was produced by Peter Walker who also produced Cold Chisel’s debut album back in 1978 and features some pretty special songs.

What can people expect to see if they come to an Ian Moss concert?

They will see a Solo Acoustic performance with a big sound system, a stomp box and lots of dynamic range. I will be playing some new songs as well as songs from my Matchbook album, as we celebrate the 30th anniversary of the album this year.

What do you like to do in your down time?

Not sure about my down time but I am a pilot, I don’t have a plane yet so fly my friends’ plane when I get a chance. I got my qualifications partly with passion but more as a little achievement for me. Studying and taking exams was a great opportunity to challenge myself. I actually failed the written test the first time and had to go back and study again!

I also like to read, at the moment I am reading The Great War of Civilisation by Robert Fisk I am about half way through it as it is a big book. I also like a good TV series. At the moment I like ‘The Fall’ which is a tv series set in Belfast.

For tickets go to www.ourfrasercoast.com.au