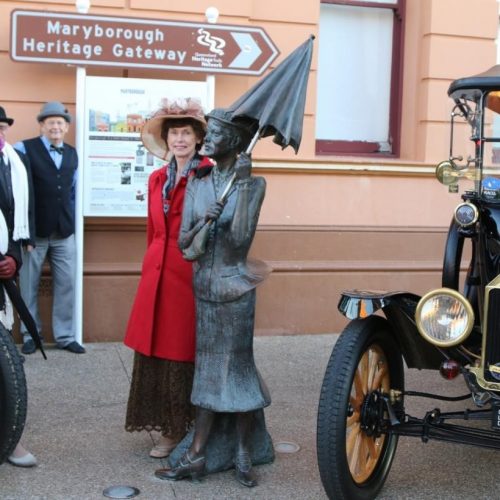 A National Event for Model T Ford car owners across Australia is set to roll into Maryborough this year. The event held only every 3 years, will be hosted for the first time in Queensland from the 29th September to the 5th October, by the Model T Owners car club of Queensland. Manufactured from 1908 till 1927, Model T Fords were the first vehicles manufactured on the moving production line, and its inventor Henry Ford oversaw the production of over 15 million of the marque. Club President Don Hill, said he was proud to be a part of this important event. “This will be the 13th Model T Ford National in Australia and the first time that a full-blown Model T National has been run in Queensland”.

Dubbed ‘Pop Into Maryborough – 2019’ as a tilt to its Mary Poppins history, Maryborough was chosen as the centre for the event because of its heritage value, great touring countryside and friendly community. More than 100 Model T Fords from all across Australia, as well as International Entrants, will become a common sight rattling and rolling around the streets of Maryborough. Tour Director, Peter Cameron, said that the cars will do an average tour of 150 to 200 kilometres each day visiting Hervey Bay, Rainbow Beach and various western destinations. “We only do about 60 kph so we try to stay away from the highways, that’s for sure!” Peter Cameron said. The Model T’s will be leaving from the Brolga Centre in Maryborough each morning of the event and the club will stagger the vintage cars’ departures to avoid peak morning traffic.

If you want to see the cars up close and personal, they will be on display in the Portside heritage District around Wharf Street in Maryborough, in conjunction with the Thursday market day on the 3rd of October.