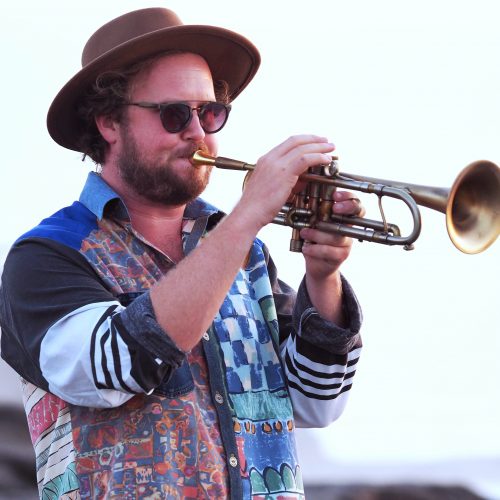 Eamon Dilworth is an Australian trumpeter, composer, vocalist and educator. He performs with artists across the contemporary music spectrum with a sound inspired by the likes of Wynton Marsalis, Dave Douglas, Mathias Eick and Leroy Jones.

Mentored by trumpet great Bob Coassin, Dilworth studied jazz at the Sydney Conservatorium of Music under Mike Nock, Judy Bailey, Phil Slater and Dale Barlow in addition to private tuition with the likes of Scott Tinkler, Ambrose Akinmusire and the late John Taylor. Since graduating in 2009, Dilworth has maintained an ongoing performance, composition, recording and touring schedule with various acts.

Dilworth has released three critically acclaimed albums of his own original jazz music: The Dilworths (2010 Jazzgroove Records), Tiny Hearts (2015 Alluvium Records) and Viata (2018 independent). He has toured these projects across Australia and New Zealand including Wangaratta Jazz Festival. He was a finalist of the 2010 Young Australian Jazz Artist of the Year at the Bell Awards and the 2007 James Morrison Scholarship and the winner of the 2010 Berklee College of Music Umbria Jazz Clinic Scholarship.

Dilworth is also a member/former member of acts including Tijuana Cartel (electronic/world), Caravana Sun (roots) and Australian punk royalty Ed Kuepper and The Aints! He has also performed with Asgeir, Jessica Mauboy, Guy Sebastian and Gotye.

This diversity of musical experience has culminated in the creation of Dilworth’s New Orleans-inspired project, the Crawfish Po’Boys. Their forthcoming release showcases his talents as a songwriter and vocalist and brings together some of Australia’s finest jazz and blues musicians.

Dilworth is also an educator and mentor to the next generation of jazz artists, teaching in various schools both as a trumpet teacher and ensemble leader.

“Exquisite… in reaching into himself and finding ways to express what he finds there in music, he has found a voice at once entirely individual and yet, universal.”  John Hardaker