August 2021 is a very special month for Grahame Gronow. On 18 August 2021 Grahame and his wife Lyle celebrated 55 years of marriage. It is also the month that Grahame was recognised for volunteering at 250 parkruns. Understanding Grahame’s commitment to parkrun, provides a rich context as to why he and his beautiful wife have built a strong and lasting relationship.

In 2004 at Bushy Park Teddington England, 13 runners got together for a social run. This grew into what is now known as parkrun; a weekly, free, 5-kilometer run or walk, organised completely by volunteers. It has reached over 23 countries, with Australia hosting 422 parkrun events each week. One of those locations is the Urangan Pier in Hervey Bay. 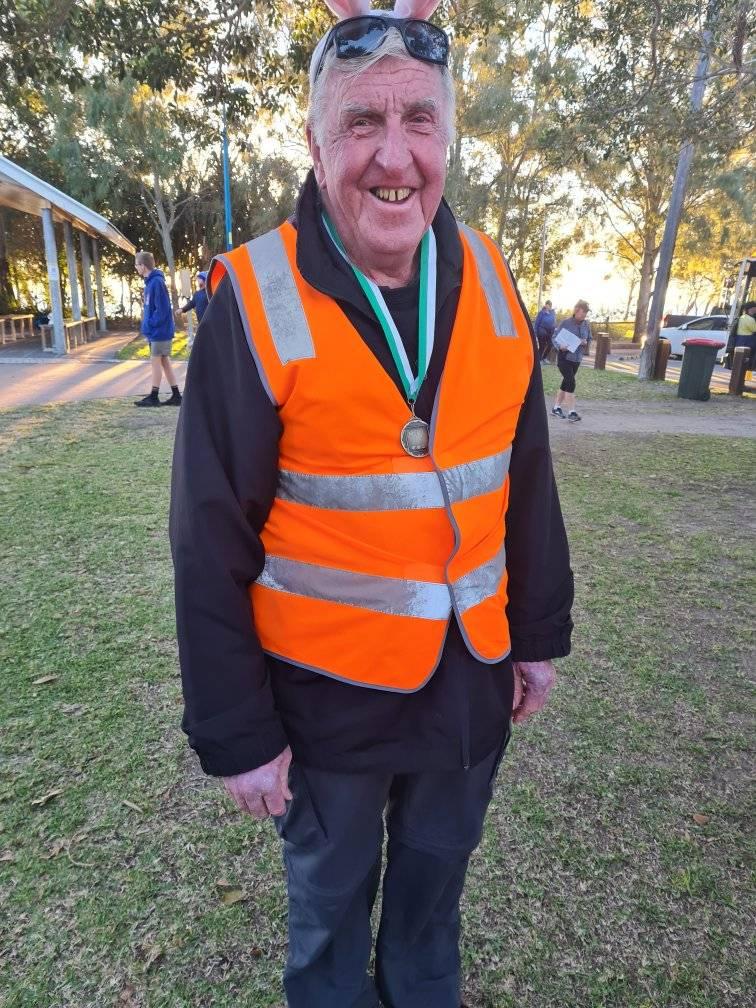 While 2004 was where parkrun began, it was also the end of a chapter for Grahame. After 39 years of service to his community, he retired from the Queensland Police Service as the Assistant Commissioner – Queensland Northern Region. He was passionate about his community and still felt a need to be of service.

Upon his retirement and after settling in Hervey Bay, Grahame volunteered at the Hervey Bay PCYC and enjoyed the sense of purpose it brought. “I really believe it is important to volunteer to keep your mind and body active”, Grahame explains. Grahame continued to volunteer for over 14 years and only recently stopped when COVID forced many community groups to close.

The Hervey Bay parkrun was established in 2014 and has held 327 events to date. Grahame has volunteered for 250 since becoming involved as a way of being closer to his family and community. Grahame remembers, “My daughter Kelsey was one of the first participants of the Hervey Bay parkrun. She then invited her mother along to run with her and I came along to support. I was a spectator, cheering on the runners and heard they needed volunteers. I put my hand up”. 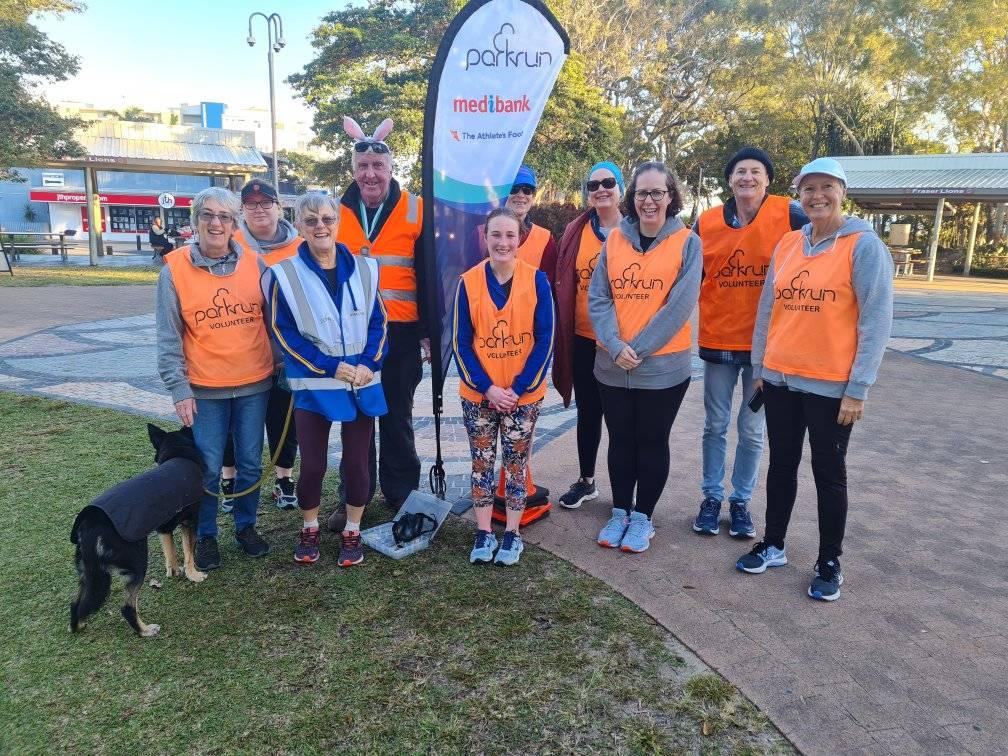 Grahame, Lyle, and their daughter Kelsey became well known and highly regarded at the growing Hervey Bay parkrun. Lyle and Kelsey pushed themselves each week, while Grahame offered support and encouragement to every single participant. His infectious smile was warmly received by participants crossing the finish line. Grahame acknowledges that he also benefited from his service. “Parkrun has allowed me to mix with members of the community on a weekly basis and I have made many friends as a result”.

One parkrun sticks in Grahame’s memory as a significant community event. Fraser Coast Anglican College encouraged students from their school to attend one of the parkrun events by awarding points for their participation. As a result, over 500 participants converged at the start line and by the end of the event, Grahame had run out of finish tokens to hand to the participants.

Grahame believes in the values of parkrun. “It is important, as it allows families to be involved in a healthy activity. From children in prams to great-grandparents. I have seen children who started parkrun in a pram, now running in parkrun. Many of our up-and-coming young Hervey Bay athletes have also participated in parkrun. It is a great community event”.

If you make your way down to the Hervey Bay parkrun at 7am on any Saturday, there is a high chance that you will be greeted and encouraged by Grahame Gronow. A man who has committed his life to service and still believes he has so much more to offer. His smile will make your day just a little bit brighter. When you finish your run or walk; whether you come first or five hundredth, he will make you feel like a winner as you cross the finish line.

Yet, there is one person who brings a bigger smile to Grahame’s face. One person who receives a little more encouragement than anyone else as she starts her run and crosses the finish line. There is one person who is warmly embraced after her 5-kilometer effort.  That person is Lyle Gronow, the person that Grahame has loved every day for over 55 years.