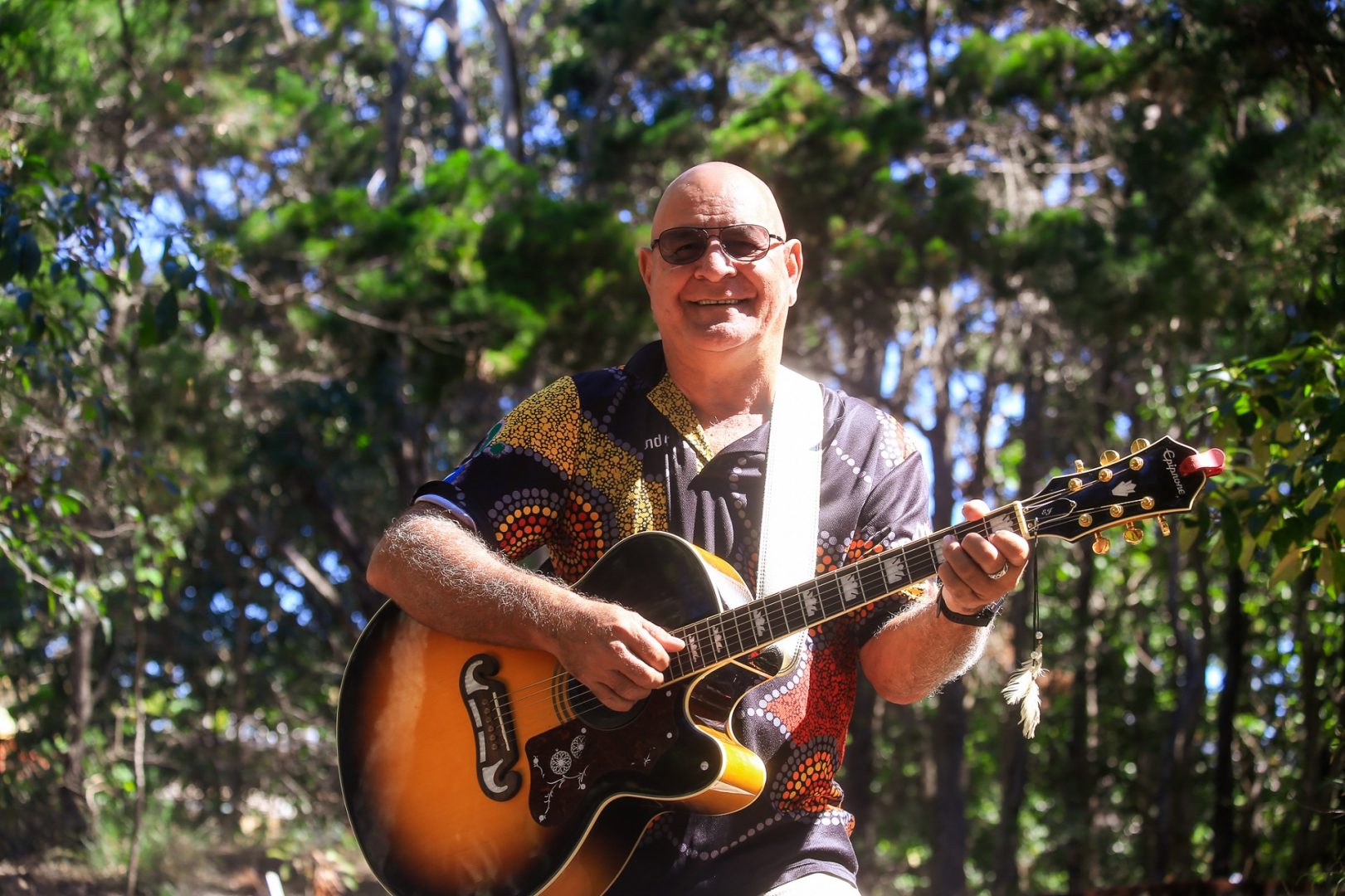 Local musician Jon Vea Vea has been playing music across the Fraser Coast for decades. Those who get out and about would have heard him play at our venues and events. He is a natural storyteller and has a rich history in our region. Kim Parnell.

Tell us a little about your childhood?

I had a great childhood. I was born and bred in Hervey Bay and brought up with my grandmother, and we lived in Elizabeth St, Urangan.

My grandmother would ask me to go and get some fish for breakfast, I would have a fishing line with six whiting hooks, and I would throw it out, and bang, I would either bring up five or six whiting all in one hit. That is how prevalent the fish were. These days you couldn’t catch a mudskipper.

My grandmother was named Mrs Annie Davis, and she was a south sea woman, black as the ace of spades with white hair. She used to wear white gloves and was always beautifully dressed. She held garden parties in our yard for charity, which was pretty special back then. Any dignitary that came into town would always pop in for a chat with my grandmother. She was very forthright and a woman of her word. She was very much respected too.

Did you come from a musical family?

Yes, my mother and her two sisters used to sing. The harmonies were brilliant people used to call them The Andrews Sisters. Mum would play with bands at the old Torquay Hotel when they used to have live bands every Saturday. She was the special guest many times.

I was ten when my mother told me to sing for the first time at a big family get together at the Memorial Hall in Pialba. I mashed it and embarrassed myself and didn’t sing again until I was about twenty-five years old.

When did you get back into music?

When I was in the railway and had a permanent station at Isis Junction, I had this absolute urge to play the guitar one day. I don’t know where it came from. The relieving station master asked me if I wanted to learn as he had a guitar in his car. I was about twenty-five and had never played one in my life, and there the lessons began. Desmond Flick would get me to play every day while he willingly did my work. We did this for three months until the relief job ended. I have never forgotten what he did for me.

I went over to the Railway Hotel with thirty songs in my repertoire. Way back then, there was no backing, so to cut a long story short, I got a keyboard, learnt how to play a bit of backing with the baseline and the sound of drums and copied it onto a tape deck. It was trial and error.

I ended up playing all of my thirty songs and getting a six-month contract out of it.

Do you write your own music?

Yes, I have written about twenty songs. Growing up, I didn’t know who I was or where I had come from. Only in the last twenty years have I found where my grandfather’s family originated. That is a story within itself. When I learnt about my country, I wrote all these songs.

I am finding it hard to write now, but back then, I had the passion and the heart while searching where I came from

What does music mean to you now?

I always put myself in the category of that rock and roll song that goes. “I gave you the best years of my life”. But I was always one step behind. I started late. I had a family, worked during the day, and played music at night. There was no real family life. It was like that for a while.

As I have got older, me, myself and I just love playing outside in the open. I can turn the volume up, sing to my best and be part of the audience.