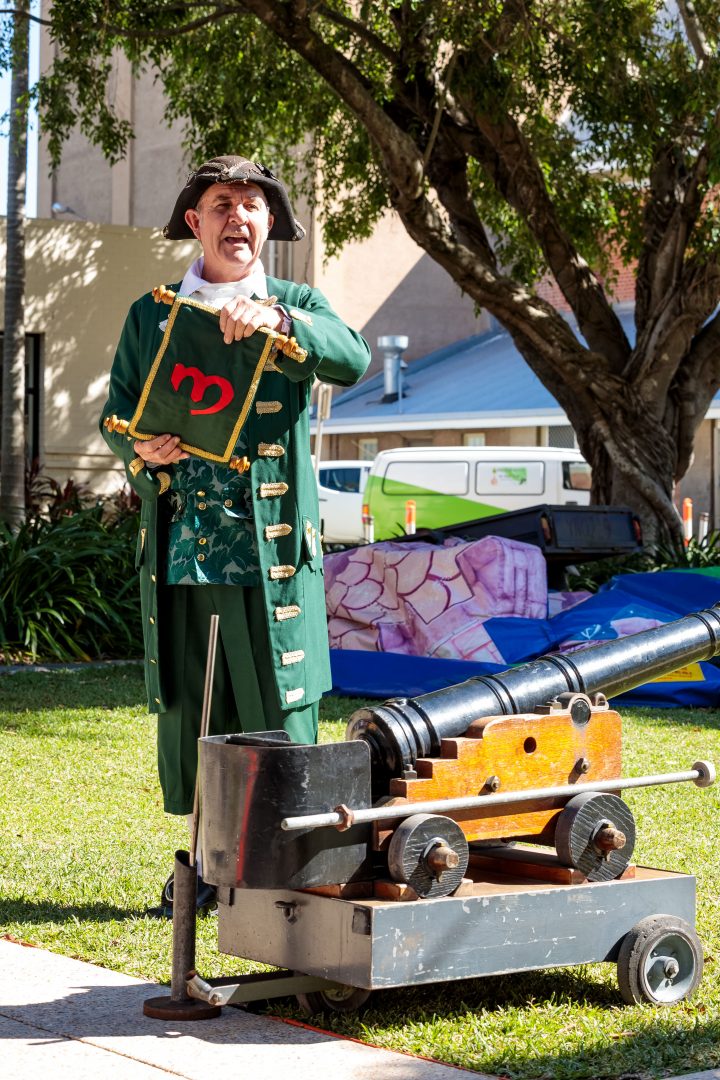 The skirl of bagpipes, the reading of a special proclamation of congratulations and the firing of the time cannon will be highlights of the Fraser Coast celebrations to commemorate the Platinum Jubilee of Her Majesty Queen Elizabeth II.

The Fraser Coast celebrations, to be held on the Town Hall Green in Maryborough at 1pm on June 2, are part of world-wide Jubilee celebrations.

The Queen ascended to the throne on 6 February 1952, following the death of her father, George VI.  Her coronation was on 2 June 1953.

At the request of The Ancient and Honourable Guild of Australian Town Criers, Maryborough’s Town Crier, Mr Ken Ashford, will read a specially written Proclamation.

The celebration will begin with the specially composed fanfare for cornet, bugle or trumpet to be performed by Mr Barrie Gott from Maryborough.

The Maryborough RSL Highlanders Pipe Band will round off the ceremony by performing the specially composed “Diu Regnare”, Latin for Long to Reign a 6/8 march.

Pipers across the Commonwealth will play the tune which was composed for the occasion by Stuart Liddell of Inveraray, Scotland.

The pipe band will then play a few of their own tunes in a pop-up concert.