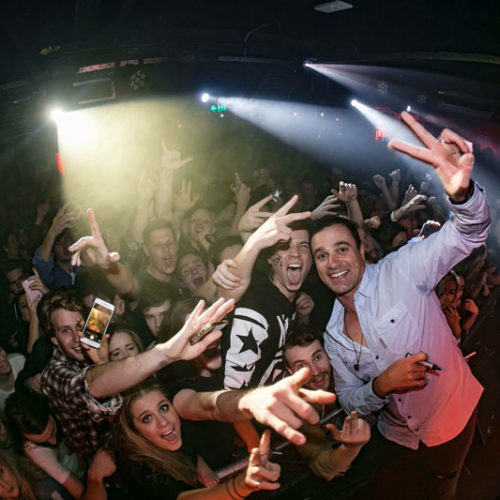 I still remember sitting on the edge of my seat in 2003 holding my breath as the winner of Australian Idol was announced. Shannon Noll was the runner up that day and has been a steady presence ever since. Since then Shannon has released five top ten albums, and remains the only male Australian artist in recording history to have had ten consecutive top ten singles that is quite an achievement. To top it all off Shannon has received, not one, not two but six ARIA Music Award nominations.

With his boyish charm, laid back attitude and great voice it is not hard to see why Shannon remains so popular to audiences young and old. I caught up with Shannon Noll before his Concert at the Beach House Hotel in Hervey Bay coming up in June.

Shannon, what is the name of your latest Single, and where did the name come from?

My latest Single is called ‘Southern Sky’. The meaning for me is ”To live and die under the Southern Sky’. This song comes from my love of Australia and knowing that I am happy to stay in Australia and call this great country home. This song is a celebration of this country, the people and the place’s. I came up with the hook and hope that you all like it.

When will your next studio album be out?

I anticipate that my next album will hopefully be out to the public some time later this year, so keep an eye out for it.

Who were your main musical influences in life?

How many times have you performed on the Fraser Coast?

All I can say is quite a few times over the years. Last year I was lucky I actually got to stay for a few days. So I got to go to Fraser Island and have a good look around. I love the Fraser Coast and always look forward to coming back.

What is a common nickname that people call you?

People just call me Nollsie, so much so that now it is the tag on my Instagram and social media.

What is your worst habit?

Definitely biting my nails., it is the one thing that I have never been able to shake.

So tell us, who is Shannon Noll?

I am just a man who is trying to make a go of it in this world like we all are. I am really enjoying life as much as possible with my family and friends. None of us are perfect but we do the best that we can.

What can we expect at your upcoming Gig at the Beach House Hotel?

I will have my whole band with me for this concert. Some of the songs I will be singing will feature on the next Album. There is also a faster tempo and a Harmonica. The songs are more about who I am, and where I came from. – Story by By Kim Parnell

Tickets: $40, and available from the gaming room