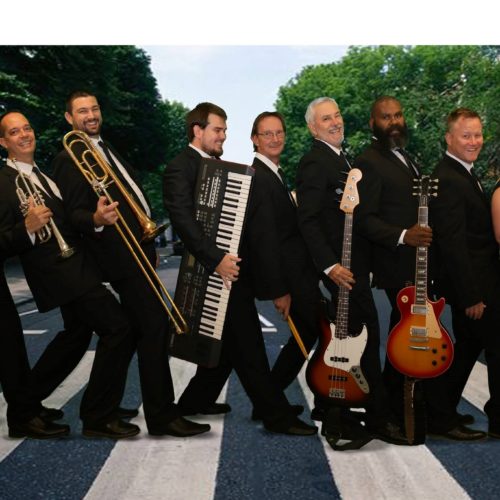 Soul City is touted as ‘Queensland’s premiere Soul, Funk, Pop and Rock Cover-band’, they have a great sound with a big-band feel. I caught up with two of the founding members of the popular local band a couple of weeks ago. Andre Carpenter and Rob Symon gave me a bit of an insight as to what the band is all about.

Soul City has been fortunate enough to receive a grant through the council Regional Arts Programme for a series of promotional photos and video to develop the profile of the band. Founding member Andre said, “We would like to thank the Fraser Coast Regional Council and the Regional Arts Development Fund for assisting us with this goal.”

When did Soul City Form and how?

Andre: We formed in the middle of 2013. I was looking at doing something to boost the profile of performing musicians around town, particularly for brass, saxophone and trumpet. We did the Migaloo Swing with the Hervey Bay City Musicians a few years ago and trialled our concept. At the time we only had one set with lead vocalist Brian, a five piece horn section and a full rhythm section, this was really well received. From there we then wanted to see if we could make something work with an eight piece band. We rehearsed in a shed out at Dundowran and we realised after a couple of rehearsals that we worked well together.

The intention was to actually boost the profile of those sort of bands to show the local community we have got top players and performers in the region that prior to that really didn’t have an opportunity to perform in the public arena. So it was nice to be able to provide that opportunity.

What has been your biggest challenge as a band? How do you overcome that challenge?

Rob: I think getting venues to have us play. It hasn’t gone unnoticed that the bigger venues have not shown an interest. We know we could play great venues in Brisbane but obviously, it is the tyranny of distance as we all have day jobs.

It is also challenging to keep the repertoire fresh as well for our audience. So this is something that we are constantly working on.

Why did you guys pick this genre of music?

Rob: For me four and five-piece bands are a dime a dozen. But as soon as you get an eight-piece band with a horn section it is a lot harder. To hear all those classics, the Woodstock kind of songs like Chicago is a lot rarer for me that is the whole goal, to recreate that Woodstock experience.

Andre: To find charts that incorporate a three-piece horn section or incorporate a horn section is a specific genre which lends itself to that particular instrumentation. We are just so fortunate that it just so happens to be Brian’s favourite genre, and it works really well for us because we enjoy the charts and it just so happens that everyone else seems to gravitate to the kind of music we play because the songs are absolute classics.

What are your Rehearsals like? Do you have a set time each week to practise or are they more spontaneous?

Rob: They are generally fairly regular, Thursday nights have been our rehearsal night. But we do go through periods where if we are gigging a lot we won’t have a rehearsal that week, or when a player is a way we can be a little light on.

Andre: We rehearsed enough in the early, formative years to ensure that we know how to work together and we know when a new chart comes out that it is rehearsed and that everyone knows it prior to the rehearsal. Then we let the members know that that particular chart will be in the repertoire that weekend. We are very fortunate to have musicians that are good enough and trained enough to be able to just do that. – Story by Kim Parnell