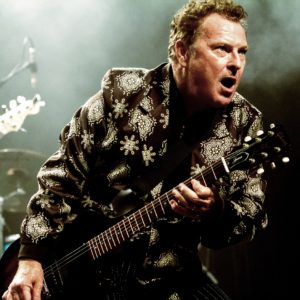 It is time for the people of the Fraser Coast to get excited. One of the biggest concerts ever to hit Hervey Bay shores is almost upon us. Headlining the concert will be none other than the voice, John Farnham. The last time John was here the year was 1987, and he performed at the then Melanesia Village that we now know as the Kondari Hotel. I can only imagine the scene back then, it would have been huge. Other great acts that played at the Melanesia over the years were The Monkees and Redgum.

Joining John Farnham on tour are some big names in the music industry. Australian blues rock band, The Black Sorrows will be crooning their tunes, along with James Reyne who has had a hugely successful solo career since he left the band, Australian Crawl. Co-founder and front-man of Daddy Cool and Mondo Rock, Ross Wilson will also be performing on stage. So make sure that you get your tickets now, as this is definitely a concert that you won’t want to miss. – Kim Parnell, Editor

Zaccaria Concerts & Touring are thrilled to announce they will be bringing BY THE C to Seafront Oval, Hervey Bay, on the pristine shores of Queensland’s Fraser Coast this summer on Saturday February 10, 2018.

The event, in partnership with Fraser Coast Tourism and Events, will see some of Australia’s most revered music acts hit the waterfront, open-air stage – ready to play their hearts out in what’s going to be a completely electric atmosphere. Headlining 2018 BY THE C will be the nation’s most successful solo artist, John Farnham. A consummate singer and performer since 1986, Farnham has been Australia’s number one attraction, with successive big-selling albums and sold-out concert tours.

Following the “Plays Australian Crawl” tour, and an Australian and New Zealand tour with Rod Stewart, James Reyne will also be hitting the stage, continuing to provide the soundtrack to endless Australian summers with tracks including The Boys Light Up, Reckless and Salve.

John Zaccaria, Director of Zaccaria Concerts & Touring, says “We’re thrilled to bring By The C to the Fraser Coast in 2018, following the success of its debut in 2016 at Cottesloe Beach, Western Australia. By The C was created not only in celebration of the beach but also the people who make it. It will be great to see the vibrant coastal community of Hervey Bay enjoy some of our country’s best musicians playing spectacular live sets by the beach” Created as a celebration of live music, food and community, BY THE C will give concert goers the opportunity to feast and drink at the pop-up bars and food stalls, as well as browse markets featuring goods and art by local artists. Throw on your sunnies, grab a wine and a picnic rug and come and enjoy what will be an unforgettable day.

A CELEBRATION OF LIVE MUSIC, FOOD AND COMMUNITY

By the C with John Farnham Plus Guests