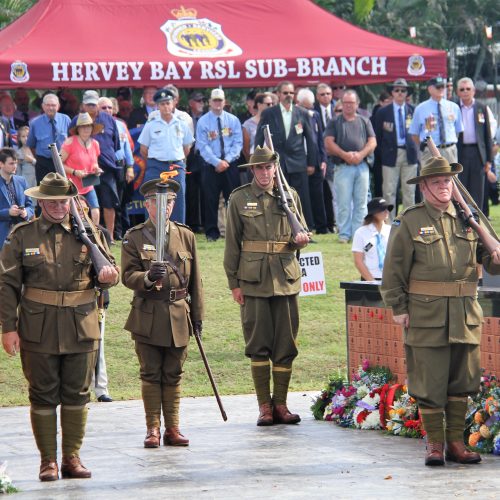 With ANZAC Day today, I had a chat to Veteran, Brian Tidyman who served time in the Vietnam War.  Brian also mentioned an Aboriginal who served with him in Vietnam, Leo Muir who, in Brian’s words was “One of earth’s gentlemen”, The story of Leo really captured me and I spent the rest of my day reading all that I could about him.

I volunteered for the Army as I had always wanted to Join. I was part of the CMF, (Citizen Military Force) at the time and the opportunity came up in 1964 for me to enlist in the regular Army.

Boot Camp was something that I will never forget, We got there and for six weeks we were not allowed out of camp, we were working daylight to dark doing guard duties. I was In Wagga Wagga, NSW at the time and it was Summer, so grass fire’s were around. Because we had the numbers we were out with Hessian bags for three weeks fighting grass fires, which of course wasn’t part of our military training.

I went to the school of Artillery in North Head in Sydney and became a Gunner. I was 21 by the time I went to Vietnam.

The old Australian ration packs that we used to carry were probably the worst. They consisted of things like Bully Beef, biscuits that were too tough to eat. Since Vietnam I have a terrible hatred of margarine because it used to be in a can and you would open it and of course in the tropics the margarine would just shoot out in a stream. Some of the food was still stamped 1942 or 1943 and last used in the second world war. Then half way through our tour of Vietnam we went to the American ration packs which was like a smorgasbord. Trouble is ours lasted twenty four hours and they had one double the size just for one meal. These were very hard to carry as we already had 80 pounds on our back. The SLR rifle that we used was 28 pounds alone this we would carry everywhere, even when we went to the toilet.

There are a lot of funny military stories to tell that we can’t print. In Vietnam we had what we call Blowflies and we had drop toilets. Smoke grenades would be thrown in pits to kill the germs, well somehow inadvertently a real grenade got put in there and suffice to say shit went all over the officers mess, well us gunners thought this was absolutely hilarious. I always suspected a good friend Leo Muir he was a full blooded Aborigine, a truly fabulous man, but he never admitted it.

There was another funny one involving Leo and I , we both had a 24 hour leave and we went to the Boozer. Leo used to call me Whitey, and I used to call him Darkie. Well we were walking down to the village and Leo said, “ lets go in here”, so I said “ok”, and no joke this place was black, jet black and I said right-ho Darkie what do you want to drink?. The next thing I know this big hand grabbed me around the neck and held me against the wall. It took Leo about half an hour to convince the guys that I wasn’t being racist and that this was just what we called each other. It was a serious incident at the time but we both laughed about it many times after. I carried his casket when he unfortunately passed away in his early 40’s of a heart attack. Leo was one of earth’s gentleman.

The morning that we left Vietnam we had just completed a fire mission and then flew to Saigon, and then to Sydney, next morning we were on leave in Australia. We landed in Sydney at 1am in the morning, walked through customs then the Army gave us our final leave money/pass and told us to get out of our uniforms and to piss off. We were given no time to come down, to debrief, to talk, not like today. Back then we were scattered to all points in Australia and that was it.

I will never forget the first thunderstorm, I must have been dreaming and the thunder had woken me except I thought mortars were coming in, so I have grabbed the missus and tried to push her under the bed, Unfortunately the bed was one of those that go all the way to the ground its probably why she divorced me actually, ha,ha. I still have nightmares, not as regular but yes I still have them.

I have never regretted my time in Vietnam, in a way it has shaped who I have become today. At the time it was my Job. The only regrets that I do have was the way the military treated us when we got home and the way the public treated us. This was the people that were against the Vietnam War. The biggest problem was that the Vietnam War was the first television war. People at home knew more about what was going on than we did. When I was at Puckapunyal we would go down to pick up the new national servicemen, every time I went down I would come back and my uniform would have to be cleaned, it made me very very angry.

I have some very very close mates from my time in Vietnam that are still with us. This year it is fifty years since we left Australia to go to Vietnam. We don’t get to see each other all that much due to geography, but I am going down to Melbourne in a couple of weeks. We get together have dinner and an afternoon of remembering the good times while also remembering the mates that have gone before us. We were only a small Unit with 120 blokes. Unfortunately probably just over half of them are gone. After the military I joined the fire service, I actually ended up becoming an officer.

I believe that there could be vast improvements made in the treatment of the veteran’s needing transitioning from the defence force.

On completion – Return to Club

Service at Freedom Park (when all participants in position) approx. 09:45 a.m.

On completion – Return to Club