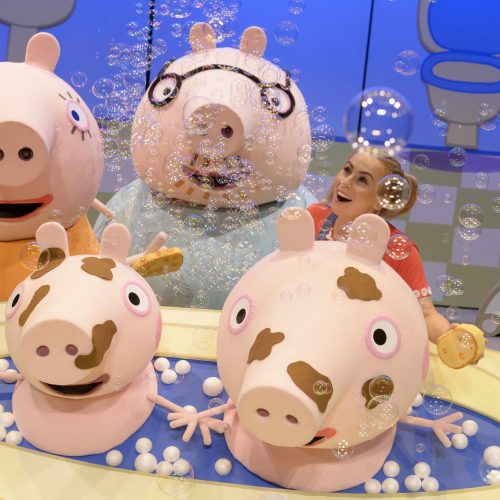 Currently one of the most popular TV shows for pre-schoolers around the world, the new stage show production features Peppa, George, and their friends in an all-singing, all-dancing adventure full of songs, games and surprises and will mark the eighth consecutive year of Peppa Pig live theatre tours in Australia (first tour in 2009).

It’s a lovely day and Peppa is playing outside with her friends. Mummy Pig and Daddy Pig have got a surprise for her and her younger brother George but no matter how hard they try, they cannot guess what it is. In Peppa Pig’s Surprise audiences will enjoy interactive fun, games and, of course, surprises. This charming, colourful new show features new songs and new life-size puppets. Peppa Pig’s Surprise promises to be the perfect theatre show for all pre-schoolers.

For tickets and further information go to: http://www.peppapigliveaus.com