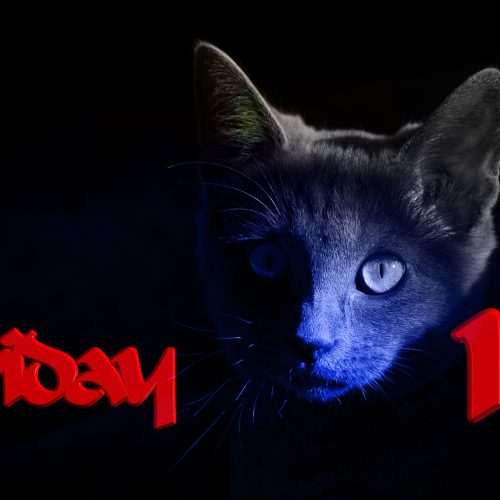 It’s Friday the 13th, the most feared date in history apparently, and while it appears to be uncertain exactly where the tradition begun it certainly gets people in a tizzy.

Now, I am not really the superstitious type. But lets be honest some things I just wouldn’t do, not because I am scared of the significance of the day, but because some things are just not safe to do.

For example I would never walk under a ladder as it might fall on me, common sense one would think. As for opening an umbrella inside, well I am clumsy at the best of times and would probably poke someones eye out.

But some superstitions are just plain weird, like saluting a magpie, (what’s that one all about?), and avoiding eating cheese before bed, their is even a superstition around not cutting off both ends of the loaf of bread, what! The crusts are the best bit.

Throughout the world there are some really strange superstitions, whether just on Friday the 13th or all year round.

In Turkey it is considered bad luck to to chew gum after dark, they believe that the gum turns into the flesh of a dead person.

The Lithuanians believe that if you whistle indoors – you will be calling little devils. While it is considered bad luck to walk backwards in Portugal.

Are you superstitious? what are your beliefs and superstitions on this the most feared day of the year?