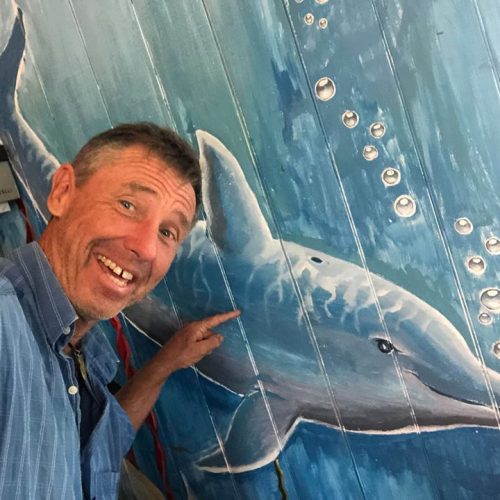 Vibrant floats will illuminate Hervey Bay’s esplanade next month as the annual whale festival parade snakes its way from Scarness to Pialba.

Brendan Bowers, event coordinator for Fraser Coast Tourism & Events, said Enchantment Under the Sea was the theme for this year’s parade on August 18 and he encouraged schools, businesses and community groups to get involved.

“If there’s a creature that can be found in the waters of Hervey Bay, we want to see it on your float,” he said.

Mr Bowers said entry fees ranged from $5 for walking groups and $30 for the environmental category, schools, community groups, not-for-profit entities and individuals through to $50 for commercial businesses.

“Winners will be chosen in each category with preliminary inspections taking place in the parade assembly area around Frank Street in Scarness from about 5pm and the final judging happening while the parade is in progress,” he said.

“The winners will be announced at the Seafront Oval once the parade has ended.

“It’s a great community event to be involved in with a fantastic atmosphere of fun as spectators line the street to watch the colourful floats roll by.

“And everyone should keep an eye out for the 35m rainbow sea serpent dragon at the end of the parade.”

The Fraser Coast Chronicle Whale Parade and Concert is part of the Hervey Bay Ocean Festival, presented in partnership with USC.

To join in the parade, submit an expression of interest form via herveybayoceanfestival.com.au.

Mr Bowers said the event also included a free gig from 2pm to 8.30pm at the Seafront Oval in Pialba along with market stalls, food vans and a sideshow alley.

“One of the highlights for kids will be an interactive song and dance performance by Marc the Joyologist who will also host games and activities in an enchanted-ocean-themed play space,” he said.

He said adults wouldn’t miss out on the fun with fans of party, dance and rock music sure to enjoy Central Queensland band Phineas Q.

“A great fireworks display will cap off a terrific evening,” he said.

The Queensland Government, via Tourism and Events Queensland, supports the Hervey Bay Ocean Festival which features on the It’s Live! In Queensland events calendar. Your perfect next event is in Queensland where live events combine with the most incredible destinations, and life is beautiful one day, perfect the next.