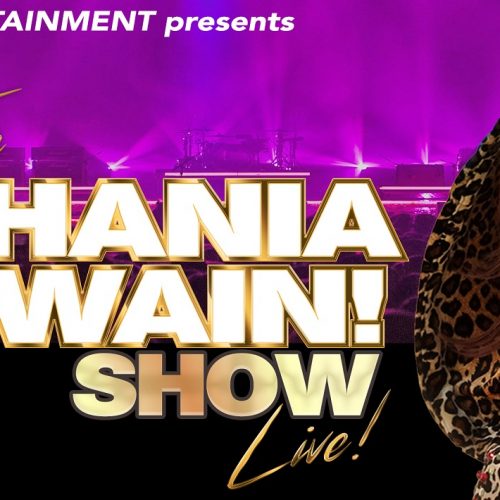 With over 100 million albums sold globally, Shania Twain is indisputably a global music phenomenon and Australian music fans just can’t get enough! Get ready for The Shania Twain Show!, one of the world’s best tributes to the world’s most celebrated female country artist!

The sensational Lyndel Gayle brings her vocal resonance to cover an unimaginable plethora of hits in this two hour spectacular backed by an impressive band to boot, this two-hour stage show is one that will impress!

Prodigiously talented and oozing stage charisma, Lyndel Gayle is a larger-than-life Shania Twain identity and is supported by a lifetime of stage experience, having toured some of the great stages of the world. Lauded by industry heavyweights, she was catapulted at a young age into the glitzy world of TV performance, having performed countless times on many prolific Australian prime time national TV shows to great acclaim. She then formed her own bands and toured them all over the world, being touted as the next big thing in Australian music. Her Shania Twain renditions are built on 20 years of stagecraft and honed natural talent and combined with her stunning Shania costuming, her likeness to the superstar country diva in both vocal tone and performance delivery is something that has to be seen to be believed!

Shania Twain is currently the highest selling female country and pop music artist of all time, with her albums and singles having outsold all female country artists in history, and an astounding back catalogue of megahit songs spanning all the way back to 1993. Her global appeal knows no limits, with men and women adoring her in equal measure.

The show is fully stage costumed and replicates the exact same outfits made famous by Shania Twain – the famed leopard print cape and hat boxes, plus the man/woman formal suit she also made famous, and various other costumes that Shania fans recognise through her ubiquitous video clips. The stage band consists of some of Australia’s top-level professional players and singers.

For tickets go to: www.brolgatheatre.org