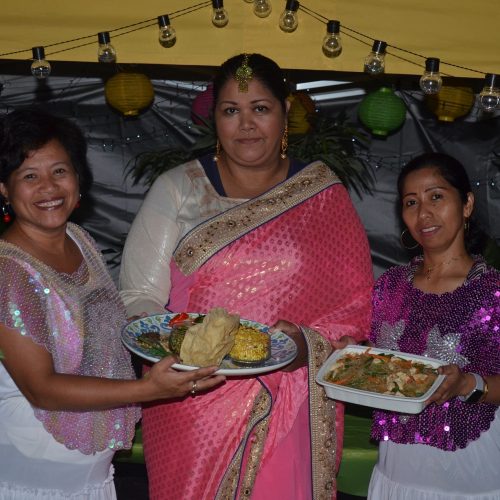 An exciting new Friday night food scene, featuring dishes from the region’s many multicultural groups, will be launched in Hervey Bay on January 4.

“We’re really excited to introduce this brilliant new summer event for locals and holiday-makers alike to enjoy,” she said.

“People can leave their kitchens behind each Friday and let someone else do the cooking for them.

“Plus we have one of the region’s most dynamic bands, Soul City, lined up to really inject some serious groove into the first Friday in January.

“Some stallholders will be offering $5 tasting plates so event-goers can try a variety of international dishes.

“The event also includes a licensed bar, so adults can enjoy a wine or beer with their dinner under the stars.

“There will also be stalls that will offer a range regional crafts, gifts and homewares.”

Mrs Peach said the children would not miss out with a kids’ fun zone set up each week featuring different activities from rides and face painting to workshops on balloon twisting and rock painting.

She said Food ‘n’ Groove Fridays would take over City Park in Pialba near the Fraser Coast Cultural Centre and breaching whale sculpture – on the block bordered by Old Maryborough Road along with Main, Alice and Charles streets – from 4pm to 9pm.

Mrs Peach said each event would feature the theme of a different culture.
“On the eve of Australia Day, January 25, the event will focus on bush food and also include a huge fireworks display, digeridoo workshop for kids, a whip cracking display and a cooee competition,” she said.
Mrs Peach said Food ‘n’ Groove Fridays would continue through February, March and April until Easter.