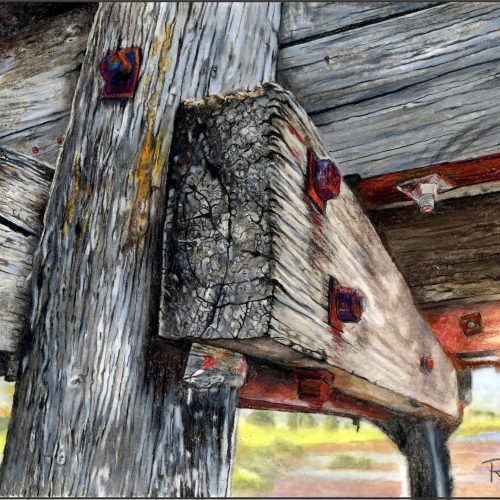 Kevin was born in Brisbane but raised on the Gold Coast.  He joined the Royal Australian Air Force in 1977 and completed twenty years’ service. As a qualified Commercial Artist, he has a preference for fine arts, specialising in Historical Art, Landscapes and detailed objects. Having won many art awards, he has also been a permanent contributor to Artist’s Palette magazine, has been published internationally and has had solo art exhibitions throughout his life.

Kevin’s artworks are intricate and his attention to detail is second to none.  He ensures that the subject matter is as close to the original as possible in his completed artworks.

Having been married for 39 years to Jeanette, Kevin has two children (a twin boy and girl) and two grandchildren.  He is also an avid photographer and has lived in every State and Territory in Australia as well as having lived for 6 years in Malaysia (Penang).  He has completed over 3 laps of Australia and photographed over 50,000 images of Australia from which he draws his inspiration for his artworks.

Kevin retired at age 51 and has dedicated his retirement years to improving his art.  He currently lives with his wife in a small town called Howard in sunny Queensland, Australia.