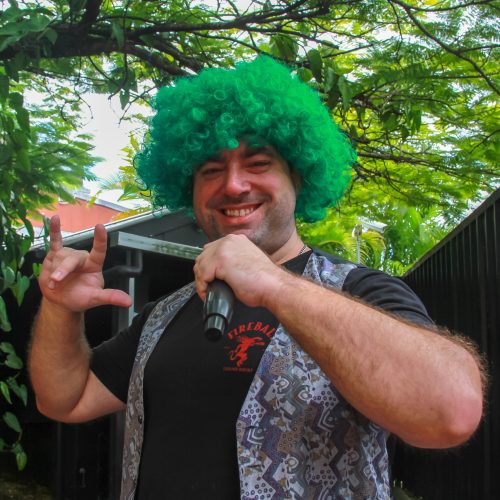 While PubFest is no more, a small group of publicans, and volunteers didn’t want to see an event that drew thousands each year disappear altogether. Organiser Brendan Heit, said, “We had two choices, to walk away or to come up with a fresh event.

“PubFest just wasn’t viable anymore as a lot of the venues pulled out due to rising costs.”

After a lot of discussion, it was decided that the new event would be called Echoes in Maryborough – MusicFest 2019. The name was suggested by one of our volunteers, Kylie Nitz. The word ‘echoes’ suited the event perfectly, as we wanted people to experience that feeling of walking through a street in the Maryborough CBD and hearing echoes of music that then pulled you from all different directions, So, we thought that the name was appropriate.

Don’t worry though as there are some popular elements that will remain, Yenda Battle of the Bands had its debut last year and is back bigger and better. What will please many is that the costume theme remains, (this year the theme is Rockstar’s) and of course there will be lots of live music to enjoy.

This year various cafes and restaurants will be participating for the first time. There will be live music at those businesses taking part, so why not start the day with breakfast, sit back and get in the mood.

Some of the highlights to look forward to over the Labour Day weekend will be:

At the Criterion Hotel – Check out popular local musician Frank Benn, get pumped on the dance floor with guest DJ’s Tenzin, and Kaitlyn Arnott, and listen to the sounds of Ricko Manych.

At the Federal Hotel – It’s all about theYenda Battle of the Bands on. In this multi genre event you will see eight up and coming bands battling it out for the title. This is definitely one competition that is certainly gaining a lot of traction, and with some great prizes up for grabs, including a four track EP by Pacific International music, a Music Video from BM Film Productions, as well as cash prizes, you can expect the participants to put on their best performance.

Another highlight will be the release of The Scone Farmer’s much anticipated EP. As winners of last year’s Yenda Battle of the Bands.

Gavan John Chin said, “We are very excited about Echoes in Maryborough, especially in the years to come, as the event grows”.

At the Old Sydney – There will be a Car Park Party on Sunday.

Both the Federal and The Criterion will be opening on the Saturday night, so get ready to party!

But best of all there is no cost for the participants this year other than your food and drinks. Yes, you heard right, it is free!

The main event will be held on May 5.