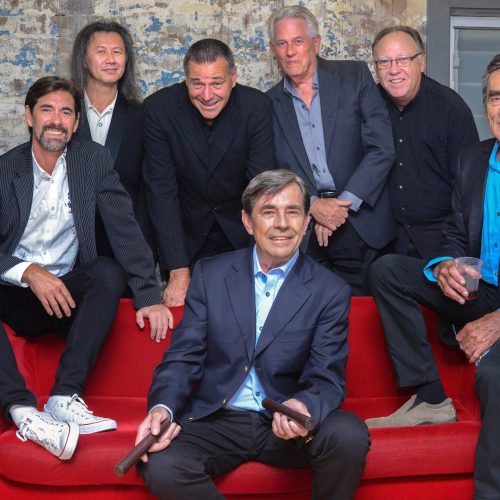 I had the absolute pleasure of having a chat with the one and only John Paul Young a few weeks ago about his upcoming show – John Paul Young and The Allstar Band The Vanda & Young Songbook. With hits like the 1978  song, ‘Love Is in the Air’.  and of course, ‘I Hate the Music’ and ‘Yesterday’s Hero’, this Scottish-born – Australian Pop Singer is still a household name.

Most of you, especially from my generation, will remember John Paul Young from everybody’s favorite music show, Countdown, and of course the unforgettable movie ‘Strictly Ballroom‘.  Kim Parnell

Harry Vanda & George Young play a huge part in your life, what does the relationship mean to you?

It was a chance of a lifetime, I was and still am a huge fan and it has been an amazing experience being able to record with them. Off course I had recorded ‘Pasadena’ before I had ever met them. When I eventually got to meet them there were no airs and graces. Our relationship has spanned from about 1971 to today, that really says something right there.

Describe what it was like appearing on Countdown all those years ago?

I remember that I was terrified the first time I made an appearance. I was literally dragged on to the stage, but then I relaxed into it. I was very lucky as I already knew Molly Meldrum. I have to say that the whole experience of Countdown back in the day was outrageous. I went from being a young boy to everything happening at once whether it be good or bad. I remember Kate Bush was there and I was starstruck. There were lots of cool local Aussie acts as well.

Looking back, what advice would you now give to someone wanting to follow in your footsteps?

I am in this business through good fortune and there is a lot of luck involved, this is a tough game. My advice is to do what appeals to you, but remember that there are never any guarantees. Even having talent and working hard doesn’t necessarily mean that you will make it. Hang in there, but be prepared for it still not to happen. Most musos have a real job to support the muso habit, as being a muso costs money.

Tell us a little about your childhood growing up in Bridgeton, Glasgow?

It was a grey existence in an industrial town. We rarely strayed away from our patch and everybody knew each other. I was eleven years old when we moved to Australia. I was last there in 2001 so it must be almost time for a visit. Most of my relatives still live there, in fact, my Uncle is 92 and I would like to see him again.

How did you become involved in the Variety Bash, what keeps you returning year after year?

The Variety Bash ticks all the boxes for me. I am a car nut so love anything to do with motor vehicles. I also love the outback and regional towns of Australia. The charity assists children in need, and we get to have fun while raising money.  I assist in raising the profile a bit by singing some songs and signing autographs.

What was it like in 2012 when you received an Order of Australia (OAM) for services to charity and to the music industry?

It was enormous, very special, I felt very honored. It was a shame that my parents weren’t alive to see it but I am hoping they saw from wherever they are.

Tell us a bit about your upcoming show John Paul Young and The Allstar Band The Vanda & Young Songbook?

I have thought about doing this show for over three years. This show is in celebration of George & Harry, an incredible song-writing duo, whose music was not getting as much airtime as it used to. Vanda & Young were so successful not just here in Australia but in Europe too. They had written songs for AC/DC, Grace Jones, Ted Mulry and the Easybeats to name but a few.

Have you been to the Fraser Coast before, if so, what memories do you have?

I was there in the ’80s on tour. The Drummer and I went on the boat The Fighting Whiting, we had a great day out fishing. At the time I had a Ford Bronco, and on that day I leant it to the other band members who took it over to Fraser Island. I myself have never been to Fraser before.

Do you have a special message for the people of the Fraser Coast about your show?

It is a slice of your life, a piece of your past. The show promises to be a fun night. I will be informing you of little vinettes of the songs and the people behind them. Come to my slide night & hear the music.