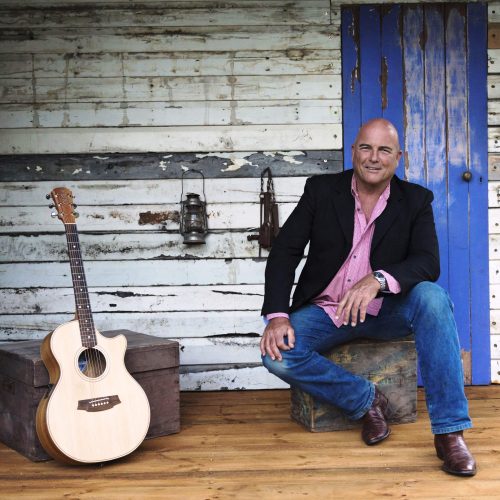 It was great to talk to James Blundell once again, read our interview below and don’t forget to get your ticket for the show!

I last spoke to you roughly about a year ago. How has life changed for you since then?

Actually, things have been uncharacteristically steady. Since re-uniting with my childhood sweetheart in March 2018, my personal life stopped being chaotic, and everything else seemed to follow suit… a fair bit of touring across the year, another stint on Cruisin’ Country, and the rest of it was finishing material for a new album that as always seems to have the gestation period of an elephant.

Tell us a little about your new album ’30 Years of Pride’- A tribute to James Blundell?

It was a surprise initially, and then a delight to see what contemporary artists did with tracks that are now nearing 30 years of age. One of the pleasures was knowing a lot of the acts from their start in the industry, so there was definitely a paternal element to the experience, and I feel that a lot of the reworks were better than the originals. It was also gratifying to see that the ideas behind the songs still held up this far down the track.

Your career has spanned thirty years, what were some of the highs and lows during that period?

There have been innumerable highlights and not too many lows thankfully. Touring with Kris Kristofferson, one of my absolute idols, was a huge privilege, meeting Joni Mitchell in a Japanese restaurant on Santa Monica Boulevard another. Getting to know Slim Dusty over years of shared performances, watching Keith Urban’s career hit the stratosphere, working and writing with Lee Kernaghan over 20 some odd years, playing with some of the best musicians Australia has ever seen and recently touring with my oldest son Briar… all of these build a lifetime of memories that make the miles worth it.

Lows were the impact months away from home has had on marriages, experiencing big album sales and absolute stiffs took some acclimatising to, but in the end, I’ve been blessed beyond words to do what I love for the last 30 years, sometimes paid a King’s ransom, and at others looking at a dozen people in the audience. When I work with young artists, they inevitably ask for the ‘secrets to success’ and the answer is always ‘be yourself, and when you stop enjoying it, stop doing it’

This year you were inducted into the Australasian Country Music Roll of Renown, and join a very impressive list of Country Music legends – what did this feel like?

I remember sitting through my first two or three Tamworth Awards ceremonies thinking ‘What have these people done to be acknowledged in this way?’. The night I was inducted, I looked down to the front row, and saw a lot of extremely talented young artists who were probably thinking exactly the same thing. Personally, it was a moment of looking at all the miles, years, and experiences that had bought the induction, and realising that there was never any thought of what would happen ‘down the track’ when I started. I think it’s the only way you can really cope with a long career, take each day as it comes, and always put the music first… at least that way they won’t be playing a song at your funeral that makes you wish you’d never written it.

Who were your musical influences growing up?

You get the idea… very diverse, and that’s only today’s list, it’d be different again tomorrow.

Do you have a message for the people of the Fraser Coast before your concert?

Book an Uber, or designate a friend, come and have fun, and be prepared for a mix of irreverence, philosophy, and politically incorrect commentary… see you there!