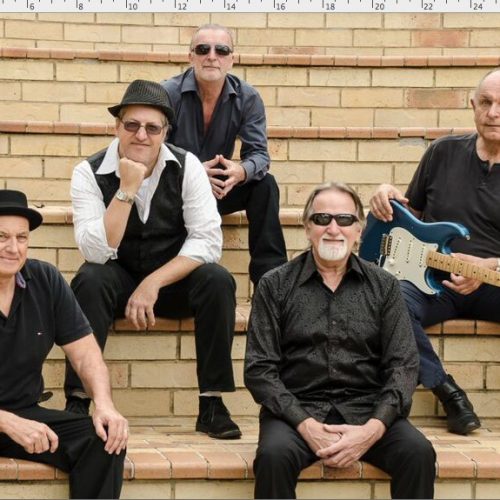 FIVE-piece Noosa band the Claptomaniacs are dropping in to Hervey Bay’s RSL on Saturday, July 13 for one night of classic music from across the decades, with a big dance component.

The band started out in 2014 as a tribute to UK guitar god Eric Clapton and has since branched out to render perfect replicas of material, including much from the UK supergroup and US Pacific sound stables era.

You will likely know the songs you hear, but most are unlikely to have been played to death on hits ‘n’ memories radio – which makes a refreshing change.

A cross-sample of material includes Clapton’s Change the World and Cream’s Strange Brew, the Doobie Brothers’ China Grove and Listen to the Music, Steely Dan’s Black Friday and Hey Nineteen, Joe Cocker’s Help from my Friends and Unchain my Heart, and the Rolling Stones’ Start me Up and You can’t always Get what you Want, with plenty more from the likes of Boz Scaggs, the Travelling Wilburys, The Doors and much more.

Lead singer Kenny Gamble astounds with his Cocker covers – close your eyes as he sings and you will be transported to Woodstock – and he just as easily morphs into Clapton, Jagger, or whoever is needed. His Roy Orbison in the Travelling Wilburys songs sends shivers down the spine.

The blend of ace Clapton-inspired guitarist David Zuric and oh-so-mellow keyboardist Jon May bring colour, light and shade into the material, while Jon Brown (bass) combines with drummer Alan Lander to create what one Coolum venue manager described as “the tightest band I’ve heard in 30 years of club management”.

The guys play regularly around the Sunshine Coast surf clubs and RSLs, and rock historian Glenn A Baker commented favourably on the band on social media when he heard them by chance at the 2017 Yandina Street Fair.

They are looking forward to visiting for their performance debut at Hervey Bay RSL, from 8pm on Saturday July 13.

Don’t miss out on what promises to be a great evening’s entertainment – and a first for Hervey Bay.