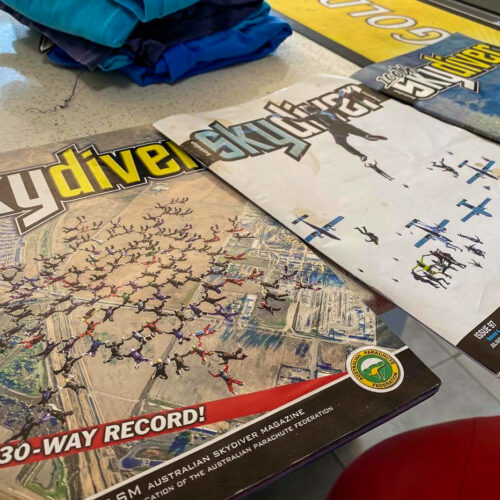 As we journey through life, we make many memories and encounter so much along the way. All of these experiences are what creates our history and makes us who we are today – scars and all. I believe that we all have an interesting story to tell. These are the stories that I enjoy telling the most.

Before conducting a media interview, I like to have all of the questions written down and at the ready – with a clear idea of the direction that I would like the story to take. But when you are sitting across from each other, face to face, the conversation quite often goes off on a completely different tangent as you find out more about your interviewee.

Local resident Viv Oakes is a classic example of this.

After moving from the Sunshine Coast, sixty-six-year-old Viv has called Hervey Bay home for thirteen years. He has three grown kids and four grandkids who he catches up with when he can, he also enjoys four-wheel driving on Fraser Island, going for long walks, and coffee.

But pull away the layers, and you uncover a daredevil below the surface. It is hard to believe that this unassuming, outgoing, and spontaneous larrikin has 780 jumps under his belt, but didn’t take up the skydiving until he was in his 50’s.

Viv says, “I remember buying myself a tandem skydive for my birthday. I was addicted, the adrenaline and the buzz were amazing”.

What makes this even more remarkable is the fact that Viv was scared of heights and also of the unknown but needn’t have worried as he was in great hands and said that his fear of heights was probably the main reason for him to jump in the first place.

“I was having a midlife crisis I think, I had gone through a separation and had a will to die”, said Viv with a laugh. “When you jump out of a plane you don’t think of anything but the jump and the job at hand”.

So, it was no surprise that he decided to do the nine-week course to become a Novice. The course taught about stability in the air, how to use your handle to pull the ripcord as well as how to steer the parachute to land.

Viv wasn’t content with just jumping out of a plane and falling through the air but learnt how to participate in formation dives where timing is everything.

Viv is a member of Toogoolawah Skydivers and remembers the popular Toogoolawah drop zone where all of the fun jumpers went. “You get to jump directly over the drop zone, then walk over to what they call the Turkey Hut, repack your parachute and head back on another load to do it all again”.

The most jumps Viv has done is about five jumps in the one day. Spending many hours in the air with other jumpers gave him a sense of family and created many long-lasting friendships, many that he still has today. When you skydive, you jump all day and party all night.

But he has had his fair share of injuries too, including one that ended his skydiving run altogether.

His first serious injury occurred while only four jumps outside completing his Novice qualification, Viv got caught in a whirly wind as he was coming in to land and ended up with two broken feet and a busted face.

Then on September 29th in 2007, Viv made a grave error and turned to low and at the wrong time. He says, “I don’t remember the whole lot, but the landing impacted heavily on the right leg, it took the full force.

“I had broken my femur and had a spiral fracture as well. I don’t remember actually hitting the ground, but they had to cut off my jumpsuit and the parachute too”.

Viv had scored himself a free helicopter ride to the PA Hospital where a titanium steel rod was inserted in his leg along with six screws to keep it all in place. After spending six weeks in hospital, a long rehabilitation lay ahead.

A few months before the accident, Viv had been diagnosed with Degenerative Spondylosis from his years as a Bricklayer. This is a type of arthritis caused by wear and tear to the spine. The condition also affects the nerves and can be excruciating for the sufferer, so it was a double whammy.

If you are lucky enough to use Viv’s toilet, the titanium rod, screws, and x-rays now take pride of place on the wall for all to see.

During recovery, Viv moved to Hervey Bay to be with his dad and started swimming as part of his rehabilitation. He would go to the local pool on crutches and walk the pool to build up strength.

Viv says, “I started swimming for fitness. I wouldn’t say that it gives me pleasure, but it is addictive in a different way. I do a lot of ocean swims these days, I have been doing Byron Bay since 1999, there is a drop zone down there so I would stay at the drop zone and do the swim. Due to COVID, I had to miss out this year”.

Viv has been with Hervey Bay Humpbacks for a few years now and competes in the master’s swimming competitions. Last year he competed in the Great Barrier Reef Masters Games and took away seven golds, this was a great achievement.

One thing is for sure, Viv is living life to the fullest. I wonder what he will get up to next!