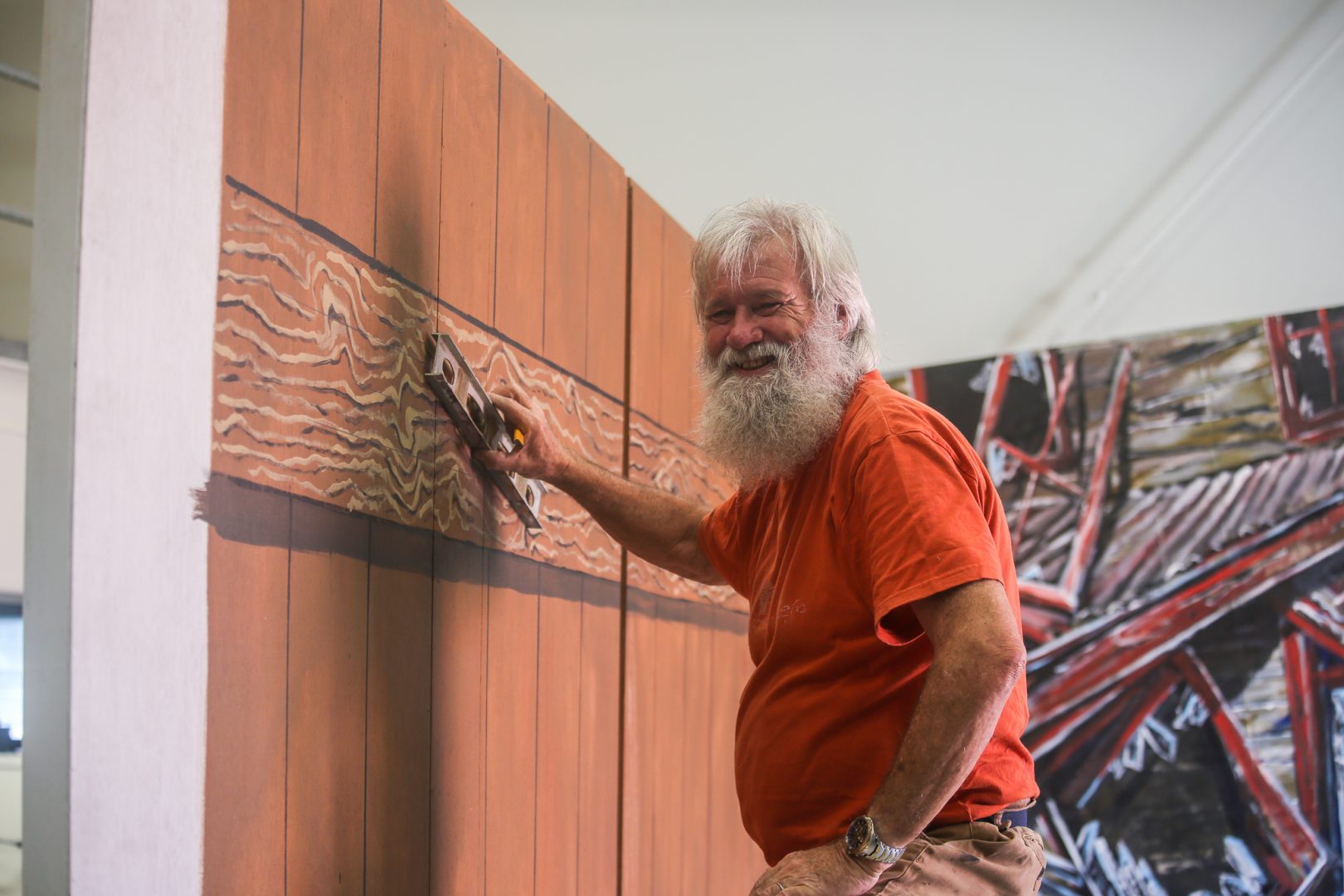 I have always loved the theatre, the smell, the costumes, the sets and the history. As a young adult, I was part of our local amateur theatre.  At the time, I was working full time in retail and would race home eager for rehearsals to begin. Musicals were where my heart lay, and it still does to this day.

I was a chorus girl through and through. I played my part in musicals such as –  A Visit to the London Musicals, which incorporated musical’s like 42nd St, Miss Saigon, Phantom of the Opera and Starlight Express. Then later, Oliver, one of my favourites. I loved the camaraderie with like-minded people and the after parties that inevitably followed after each closing night. Those were the days!

Last week, I attended a media call at the Brolga Theatre and Convention Centre to see the completed new space behind the stage that can be used to make the sets and the many props for each production, as well as be used for storage and many other purposes. Previously the work was carried out on the stage and could only be done when there was no production on.

Up a ladder, painting a set for the upcoming community production of ‘Wicked the Musical’, was the very talented and much-loved local artist Willy Di Paes who greeted me with a huge smile and a twinkle in his eye. This guy loves what he does, and this is evident in the works of art that he produces. The backdrops to Wicked are amazing!

The media were then invited into the costume room, with its rows of costumes lovingly restored and repaired by volunteers. The room has a line of sewing machines ready for any eventuality. It would have been easy to while away the afternoon browsing through the costumes…and trying a few on, let’s be honest!

After the media call, I felt extremely privileged to be taken on a personal tour of the theatre by Robert Haigh, Producer of Wicked the Musical. Robert knows what is behind every closed door, up every flight of stairs and what lurks in every nook and cranny.

We started our tour in the Federation room, a great space that is used for many purposes.  It has served as a performance area and as a meeting space. It can even be used as extra wing space for bigger shows as it was in ‘Oklahoma’.

The Green Room is comfortable and bright and has all of the mod cons to please anyone. It also showcases one of Willy’s great works of art against the back wall that showcases Maryborough to a tee.

We checked out the dressing rooms, which can fit twenty people in as they prepare for the show ahead. You can close your eyes and imagine the room full of laughter, gossip and line rehearsal, and the smell of hairspray, perfume and old musty costumes.

Robert then asked if I was scared of heights. Thankfully my response was, “No”. This was a good thing as we climbed the stairs to go to the bridge. This area is directly above the auditorium and gives you a spectacular view of the audience below, as well as, more importantly, the stage.  This is also where the huge spotlights are located that single out that one person on the stage as they perform their piece. A tour of sound and lighting was next.

We ascend more stairs, and for the first time, I feel a little nervous and a little fear as we are now in the grid, right above the stage. As you look down between your feet, you can see a long way down. For a moment I feel vertigo, then am able to push the feeling away.

This area is full of pulleys used to rig up all of the elements that it takes to put on a production, from lights, speakers, drapes and backdrops. It is very warm up here as the air conditioning doesn’t reach these heights.

We go down some steps, and Robert shows me where twenty-eight tons of steel weights rest. These are used as counterweights and are part of the fly system that helps to balance the seesaw of all of the equipment mentioned above.

Finally, it is time to head back down to the foyer. I thank Robert for showing me around and reluctantly get in the car to head home, reminiscing about my time in a theatre, the dance and singing rehearsals,  the laughter, the smell of hairspray and musty costumes…and the happiness that the experience brought me.