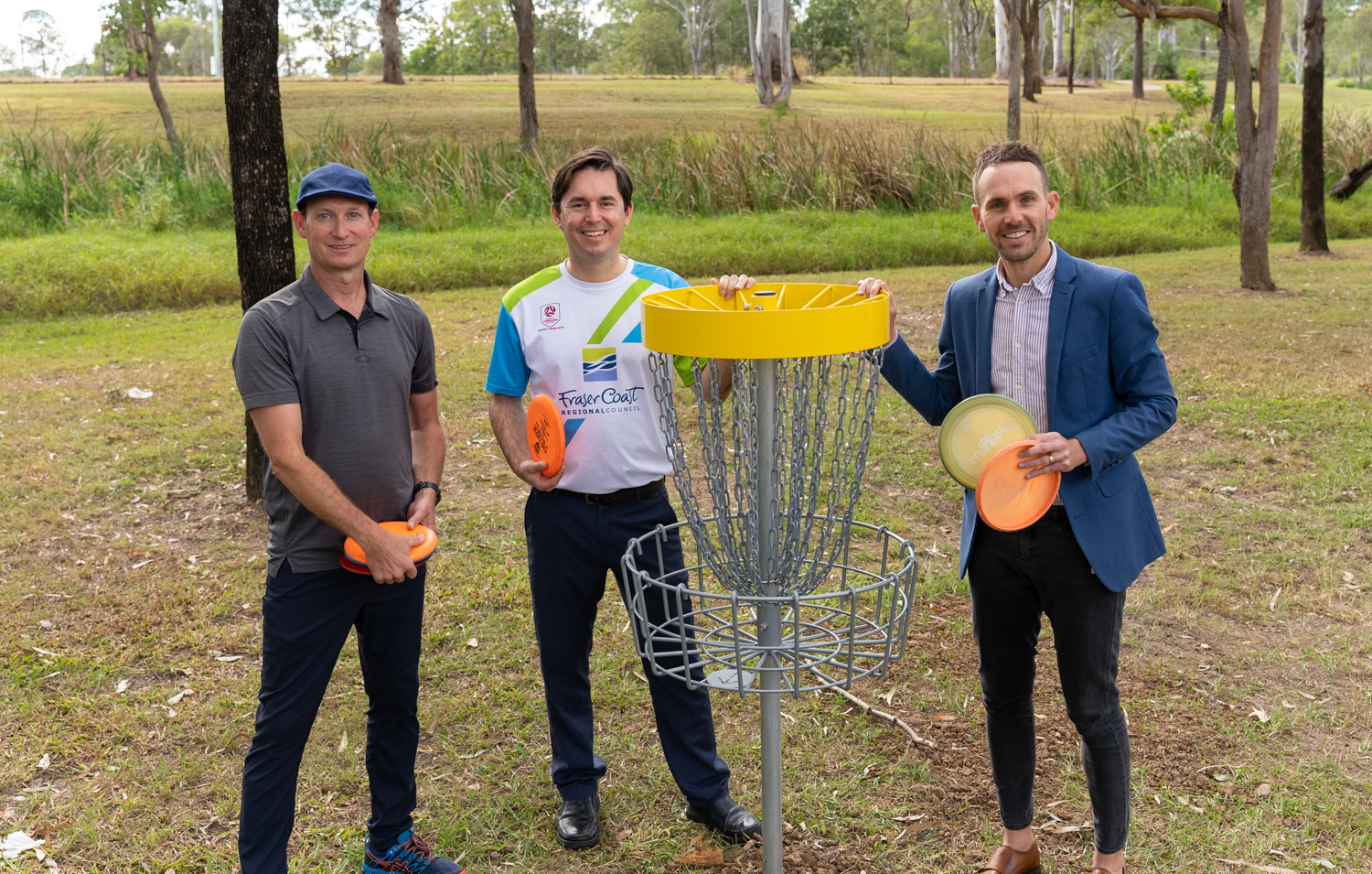 A new breed of world champion could soon be training in Maryborough.

Plaques testifying to the abilities of world-champion disc golf players may soon join the likes of Olympic swimmers, basketball players and cyclists on the Walk of Achievers down Wharf Street.

A nine-hole disc golf course has been opened by the Fraser Coast Regional Council at the Tinana Recreation Reserve.

“Disc golf is played much like traditional golf; however, instead of hitting a ball with a club, players use a flying disc (much like a Frisbee),” Fraser Coast Mayor George Seymour said.

“The disc is thrown from a tee area towards a target basket which is the hole.

“As the player progresses down the fairway, they take each consecutive shot from the spot where the previous throw has landed.

“The variety of the trees, shrubs and terrain provide the challenge for the player.”

There is no cost to play the Council course and games can be played at any time.

“The Pine Rivers Disc Golf Park hosted the 2013 Australian National Championships and there are world championships as well.”

Cr Seymour said there was potential for the Fraser Coast to host regional and state competitions as well as attract national and world championships.

“The new disc golf course is one more attraction that gives people a reason to get outdoors and visit the Fraser Coast,” he said.

“The data shows, that like golf, participants travel to play at different courses which opens a tourism opportunity.”

The Maryborough course was designed and built under the guidance of RAD Creations, one of the leading Disc Golf suppliers in Australia.

The company has designed more than 40 disc-golf courses throughout Australia.

“The course offers another opportunity for residents to get outdoors and improve their fitness and wellbeing in a relaxing and social way with friends and family,” Cr Sanderson said.

“As the only free disc golf course in the Wide Bay, it will help draw visitors to the Fraser Coast.”