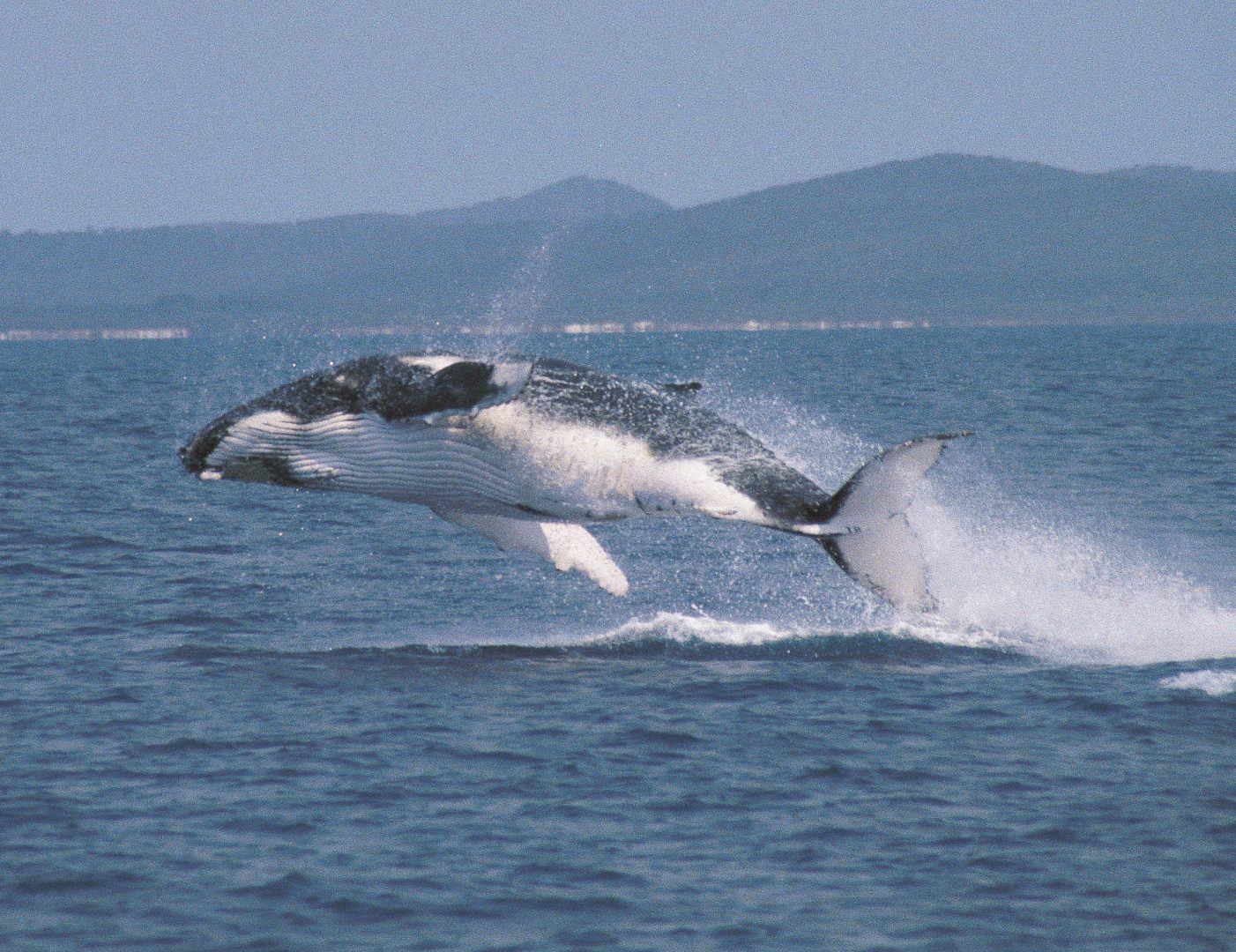 Dr Wally Franklin has been involved in humpback whale research for over 25 years and is a Director and co-founder of the Oceania Project. With our whale season in full swing, I thought it was the perfect time to find out about the man, the passion, and the research behind this fantastic organization. –  Kim Parnell 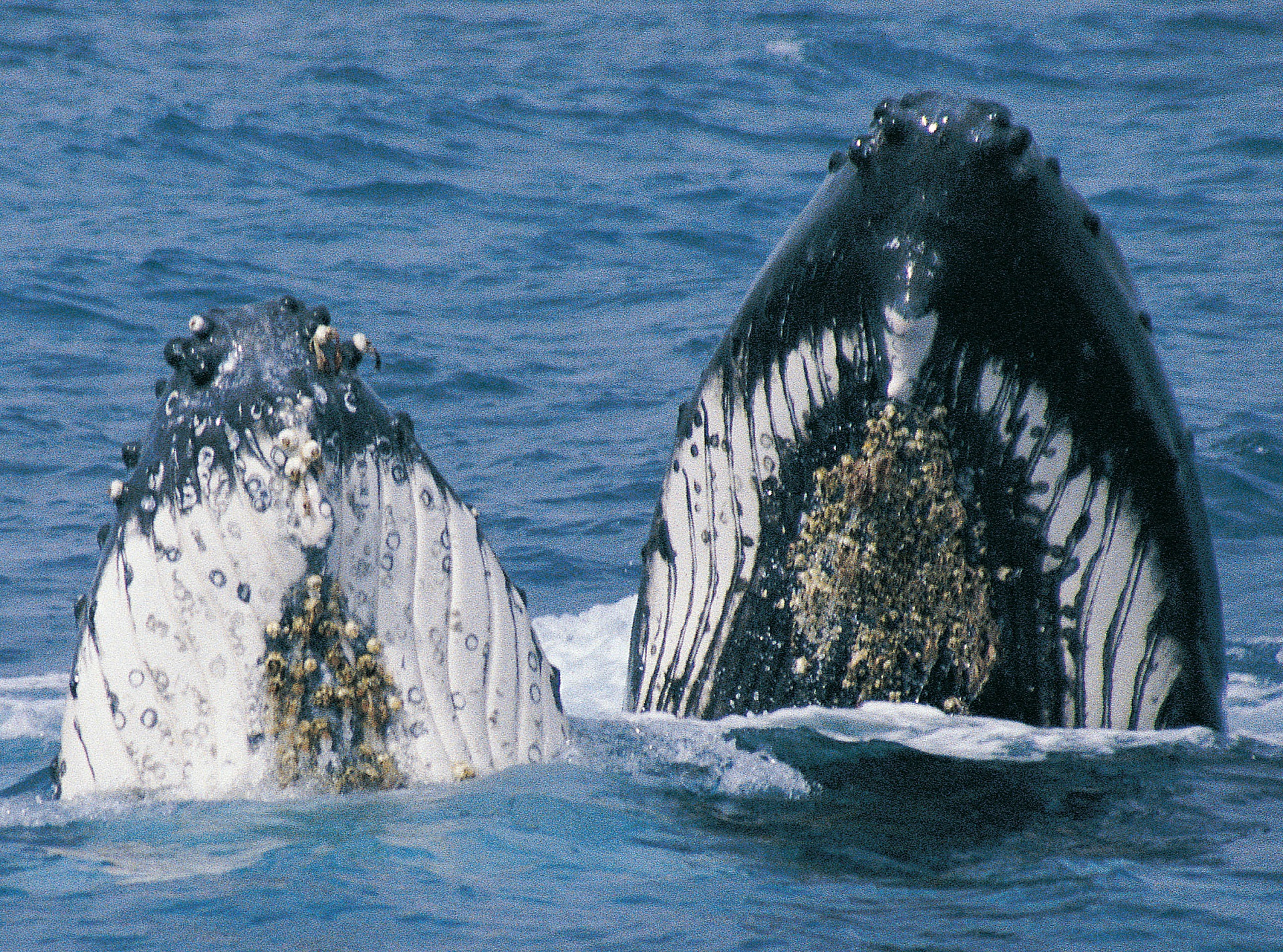 What sparked your love of whales?

It is a pretty simple answer. It was two things. Firstly, a dear friend of ours, Peter Shenstone, was looking into the relationship between humans and dolphins in the mid-’70s. He came by our house and told us about the relationship that went right back to the Greeks, who adorned many of their temples with dolphin icons. As a consequence of that, our interest was sparked.

My wife Trish and I began reading and learning about dolphins and whales. It turned out that in the mid-’70s, there was a global movement to bring about the implementation of the Moratorium on whaling at the International Whaling Commission.

As a result of that, there was a lot of information. My wife Trish and I rapidly gained an insight into a period of commercial whaling, which began in about 700AD with the Basqu people on the coast of Spain and continued right through to the early 1970s. Nearly 1000 years or so of whaling took all the great whale populations near to the brink of extinction. But the story about that was only just coming out to the general public.

The Oceania Project was established in 1988. Tell us about the project?

Upon learning all about the whaling, Trish felt immediately that we should establish a small not for profit organization with the focus of raising awareness about whales, dolphins and the oceans through research and educational activities. That is how the Oceania Project came about.

Why did you choose Hervey Bay as your base?

It was quite an extraordinary, happy accident. In early 1989 we were in the midst of planning to move to Canada for a while and live with a fellow who had been studying Orca whales. We had a phone call from an old friend who was a filmmaker who had heard that Trish and I were working on a documentary about whales that never got made incidentally. I asked him what he was doing at that moment, and he said he was working on a whale film and that the filming was taking place in Hervey Bay. It just turned out that we had access to a ship, so we took it to Hervey Bay in 1989 during August and early September.

We did what you call an exploratory expedition. During that expedition, we encountered the Humpback’s in Hervey Bay, which was an incredibly deeply moving experience. To a degree, the rest is history. But we realized that it was quite an extraordinary location for the interactions between humans and whales, and it was a perfect location to undertake long term research. A key research question that needed to be answered was about the whale’s identity and why they were coming to Hervey Bay. Individual humpback whales can be identified from the markings on their bodies, so in 1992, Trish designed the research study based on photo identification. The study ran for twenty-five years, until about 2012. Over the years, additional research was undertaken with all of the data assembled. This resulted in about 27 scientific publications about the humpbacks of Hervey Bay. 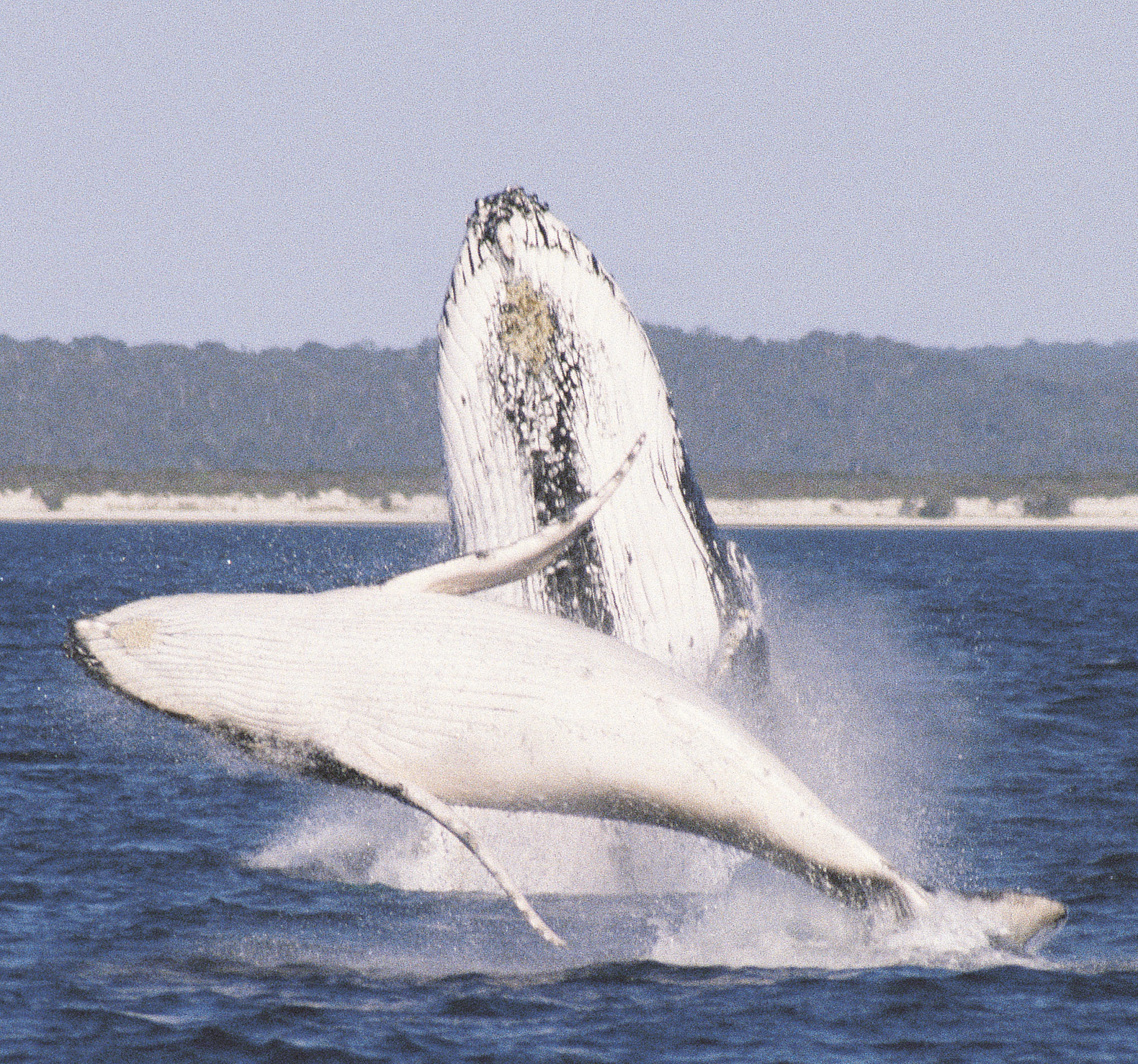 Describe a couple of your more memorable encounters with our Hervey Bay whales?

There are two that stand out. The obvious one is Migaloo, the white whale. He came into Hervey Bay as a young male in 1992 and 1993; we saw him at a distance in those early years. But then he came back for the last time in Hervey Bay in 1998, and we had the most fantastic encounter with him; we were able to record his song, it is a remarkable song. If you want to have a listen to it, go to our webpage www.songlinesofthewhales.org.

The second occasion that sticks in my mind is a particular individual whale that Trish photographed over twenty-five years. It is a breeding female who has turned up eleven out of those twenty-five years, and in almost all those years, she had a new calf. She was named Nala and is a phenomenal individual and indicative of the strength of the mature females that have really been the ones who have brought the population back from the brink of extinction.

Why do the whales come to Hervey Bay, and what do they do here?

The answer to this question has come directly out of Trish’s research. She has shown the predominant whales that use Hervey Bay are mature females who bring young whales into the bay. Hervey Bay is unique geographically because it is just south of the breeding area, and the whales have to come past it on their way south. There is actually a female bias in Hervey Bay. There are three females for every male that turns up, and that is quite unique. The mature females accompany the young cohort – a young whale who is defined as a whale from 1 to 6. They are curious individuals and interact with the whale fleet. The whale boys call them ‘the August whale’ because of their interest in life around them and the whaleboats. Then in September and October, you get the lactating females with the new season’s calves. The mature females use Hervey Bay as a safe haven to allow their young to gain the experience they need to survive the long migration to Antarctica. And also to experience their early social development.

Tell us about the relationship or the bond between mother and calf?

Nala is indicative of this; the bond is incredible. Mother and calf spend the first year of their life together. So, here is where they do their first social bonding with other whales. By the time they go down to Antarctica and come back the following year, they are separated from mum, but they join the young cohort in Hervey Bay when they separate. A humpback whale literally has to go through the process of kindergarten, junior school, high school and university all in the first year.

What would you like us all to remember about the whales when interacting with them?

We would like people to recognize that whales are ancient sentient beings.  Whales have culture that’s now clearly been established, particularly by young scientists studying song and how song is passed across the ocean from one group to the other and by the complexity of the song.

We should feel incredibly privileged and respectful as they choose to come here to visit, but at the same time, it is important that we continue to take the opportunity to interact with them. To that extent, the Hervey Bay whale watch fleet is one of the best in the world.

To find out more about the Oceania Project, go to www.oceaniaproject.net.

Photos provided by The Oceania Project.