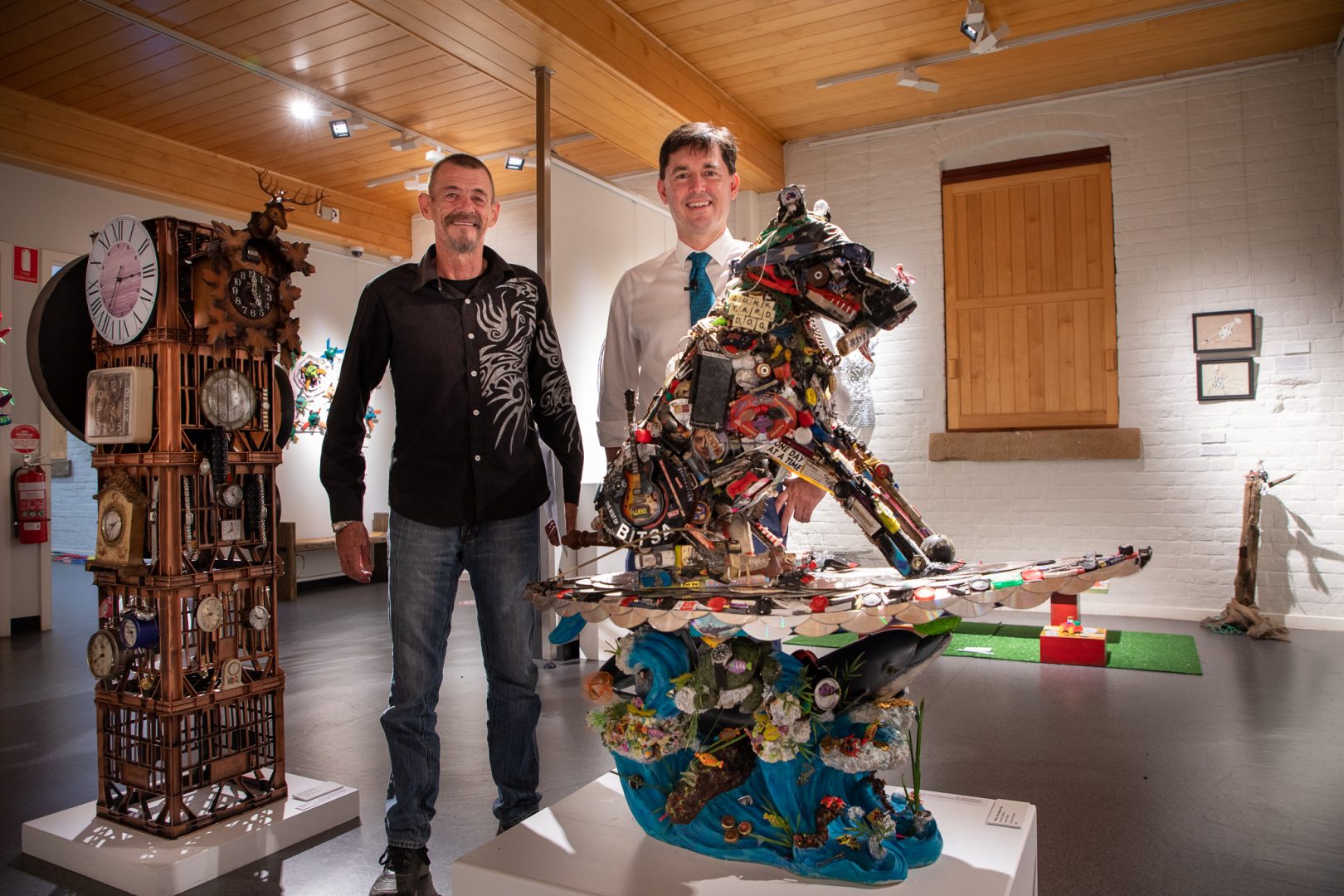 The bottom of your kitchen draw isn’t where you would expect to find award-winning art, but Darren O’Brien did.

The Glenwood resident took out the top spot in the open category at the 2021 Waste to Art Competition with Bitza, the junkyard dog who represented the problem of rubbish in our oceans.

The 1m tall cattle dog perched atop of a wave was made from bric-a-brac including CDs, broken sunglasses, batteries, and toys.

Darren described Bitza as a “big pile of crap” and that creating the work had been a labour of love.

“I was really injured a couple of years ago and art has been my savour,” he said.

“I don’t have kids, but I was around at my mates place digging through their kitchen junk draws and finding old broken toys.”

Darren said his favourite item on the work was the Scrabble tiles and the most unique were painted fish-shaped soy sauce containers.

Councillor David Lewis said the competition was a highlight of the year.

“This is a wonderful event that just continues to grow and grow,” he said.

Mayor George Seymour said it was a joy to see how different artists had celebrated reusing and repurposing waste.

“There are hundreds of artworks on display all created from what otherwise would be in our landfill,” he said.

The Over 18s category was rounded out with Nora Hanasy’s work Discarded Love Symphony in second place and John Olsen’s Wild Honey Bee in third.

8 to 11 years old was won by Rebeccah Henderson, second was Rachel Cordie and Tyson Muggleton from Maryborough Special School and third place was won by Torbanlea State School,

The Waste to Art Competition exhibition is open until 16 January 2022.

Everyone is encouraged to check out the work and place a vote for People’s Choice Award who will be announced at the end of January.

For more information go to www.frasercoast.qld.gov.au/waste-to-art.

Article and photo submitted by the Fraser Coast Regional Council.