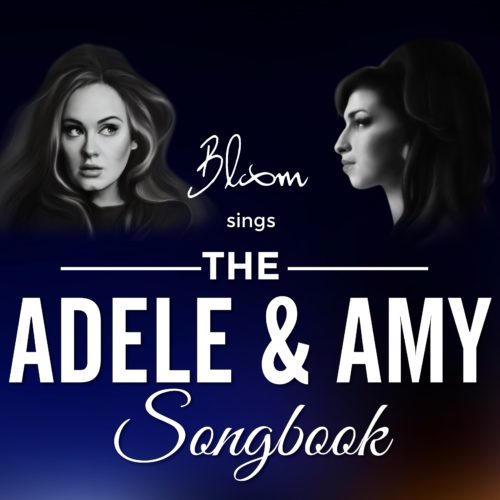 If you didn’t get enough of Adele when she was in Australia earlier this year, never fear, the next best thing is here and touring Australia from next month!
Amanda Canzurlo – aka Bloom – brings to you the songs of two amazing artists… Adele and Amy Winehouse. This superstar brings her soulful vocal resonance to cover two artists that have taken the music world by storm over the last decade.
Adele and Amy Winehouse have amassed a legion of fans the world over, and have sold in excess of 20 million albums between them.
Backed by an all-star band that boasts a former member of ARIA hall of fame band “The Angels” as well as 2 band members from the late Jon English.
Bloom has just returned from shows featuring John Farnham, John Paul Young, The Chantoozies, Eurogliders and many more, and she received accolades from some of
Australia’s most successful artists with her voice.
Bloom was also asked to perform the National Anthem with the QANTAS choir to open the World Series Cricket on November 3rd 2016, beamed “live” worldwide.
Bloom is an emerging Australian singer/songwriter gaining acclaim for her smooth deep vocals and her fresh ambient pop sound.

Bloom featured on Swedish DJ/Producer Oen Bearen & Mike Shiver’s track “Let It Go” It got to number one on Radio Danz music charts in Florida attesting to a growing international audience.
“Amanda (Bloom) is the next generation of amazing vocalists, I adore singing with her!” – Melinda Schneider – 6 Time Golden Guitar Award Winner
“Some voices take a while to flower – this one is in full Bloom. The heart, integrity and skill are clearly apparent in this fine lady. It is a pleasure to sing with her and a delight to listen.” – Lindsay Field- John Farnham Band
“A sublime performance by one of Australias finest vocalists – She won over the Sold out audience with ease and confidence after just 1 song” – The Basement Sydney
“Amanda’s (aka Bloom) voice, there has to be 4 octaves there, she has perfect pitch, she has a powerful voice, a beautiful presence & she has incredible work ethic” – Tottie Goldsmith – The Chantoozies
“An incredible show you must experience for yourself” – Flying Saucer Club – Caulfield RSL
Bloom will perform at the Hervey Bay RSL on Saturday November 4th. Tickets are $39.50 and are available at RSL reception or phone 4197 7444. Doors open 7.30pm, show starts 8.30pm.
Article submitted by: Kellie Robinson – Marketing Coordinator
The Hervey Bay RSL