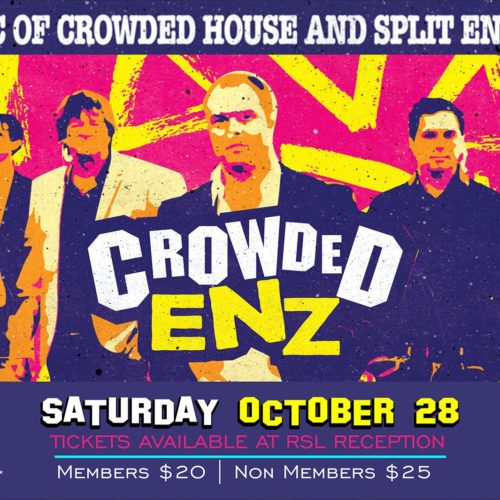 The Full House band is currently touring their exciting new show “CROWDED ENZ” A celebration of the iconic music of Crowded House and Split Enz, featuring all their biggest and best-loved hits. 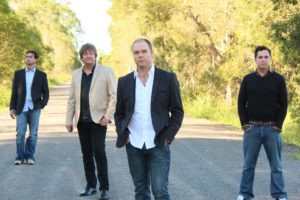 An exciting celebration of the iconic music of Crowded House and Split Enz, featuring all their biggest and best-loved hits. From their beginning to this day, their complex and catchy songs remain in high rotation on Radio Stations and Music TV Channels across the world.
Both Split Enz and Crowded House are essential to the story of New Zealand and Aussie music from 1972 to this day. Finn brothers Tim and Neil, along with close friends on both sides of the ditch have given the world a truly inspirational songbook.
The band was formed in 2013  by Ben Davies and Col Chapman. Ben was among the many at Crowded House’s historic Farewell to The World Live Concert at Sydney Opera House in 1996 and being just metres from the band, he recounts the experience:
“…it was the most intense connection between band and audience I’ve ever experienced. There were more than 100,000 people there
but it felt like we were all in the living room together. Everyone knew all the words, everyone sang. Nobody wanted to go home.”
Inspired, together Ben and Col extensively researched and created a show that captures the essence of that original musical experience.
After meticulous work in learning and reproducing the songs of both Neil and Tim Finn, Col explains;
“…it’s absolutely incredible writing. The songs are full of texture, strange timings, amazing lyrics…yet they’re so catchy.
Wherever we play, we find that there’s a deep respect for these songs among the fans.”
CROWDED ENZ has a genuine love for the songs of CROWDED HOUSE and SPLIT ENZ and you’ll see this on stage.
They connect with their audience, which makes for a very special experience.
CROWDED HOUSE / SPLIT ENZ TRIBUTE SHOW
CROWDED ENZ
Playing at the HB RSL Saturday October 28th
Tickets $20 members, $25 non members.
Doors open 7pm – show starts 8pm.
It is an 18+ show