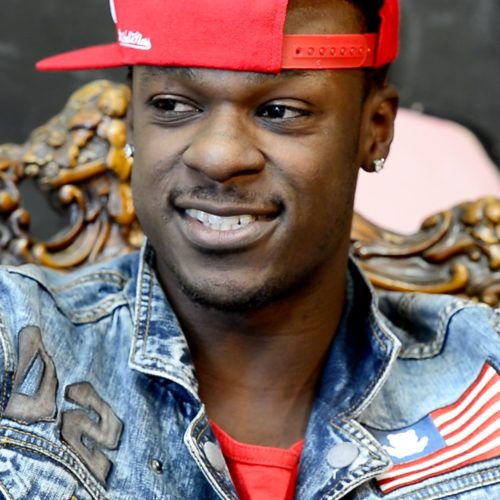 I had a conversation with multi-platinum selling artist, Timomatic before his upcoming show. His voice is gentle, and smooth with lots of laughter he was a real pleasure to talk to. Here is an artist that doesn’t just perform but entertains, who loves what he does, and makes that connection with his audience. Kim – Editor, What’s On Fraser Coast.

This Tour is called, ‘Do What You Want’. Where did the title come from?

Do What You Want is the name of one of the songs that I released earlier this year, in July. The title just felt right. The song was my most popular song online for 2017. The title is all about following your heart, not letting anybody stop you and doing what you want.

Where did the name Timomatic come from?

I was fifteen and was trying to be a Choreographer for a boy band in Canberra. I did lots of that robotic kind of dancing so they started to call me Timomatic, meaning automatic. I have thought often since then that when something works you roll with it.

Who were your Inspirations/Idols growing up?

Michael Jackson, he was just magical to watch. Usher was another big influence as was Whitney. We grew up listing to all of the greats of music.

What made you pick RnB as your genre?

I grew up singing and performing in church. RnB had the most feeling, it was such an emotional connection. Then of course later on in life I realised the ladies love RnB. When the drinks start to flow, things start to go, (ha,ha).

I read that you were born in Nigeria but have lived in Australia for most of your life. How many times have you been back to Nigeria and how is life different over there?

I have gone back twice to Nigeria. My Mum and Dad moved back there quite a while ago. Nigeria is very different yet very much the same. I was there about ten years ago and the country was going through some political unrest at the time. My Grandparents lived in a small Village with lots of land around them, then we would switch back to city life with all of its contrasting buildings, and narrow streets.

You have appeared on, So you think you can dance’, and Australia’s Got Talent. What have you learnt from these shows?

I think for me it has been about learning how to perform on stage and on camera. Nothing is more nerve racking than being on live TV. It was an amazing time in my life, and I have made many lasting friends that I still see around.

If you weren’t a Musician, what would you have become?

I would have been a Soccer player, I absolutely love the game. Growing up I had a natural knack for the game, but unfortunately I was not allowed to play it as much as I would have liked as my parents wanted me to apply myself more to school work.

My family were also a very musical family, so we had lots of singing and dancing. This was just second nature in our home.

Pitbull is easily one of the most humble celebrities that I have had the pleasure of working with. He was always very approachable, and reaches out to people. Before our shows he would send me emails to make sure I was feeling ok and to have a chat, it was an amazing experience.

Who was your biggest Influence in your life?

My best friend Francis. Growing up he was my mentor, growing up in Canberra he taught me all about longevity, staying the course. About giving value to the people that come to see you perform.

Do you have a message for the people of the Fraser Coast before your upcoming show?

You are going to have the best time of your life with me. It will be one big party, I will be singing all of my hits and there will be lots of interaction with you. A whole new generation of kids are now watching my music on you tube. Bring everyone, and help me ‘Set it off on the Fraser Coast’.

Get into the mood now by listening to my music on Itunes or Spotify.

You can also check out Timomatic’s video, about his upcoming tour on our Face-book page – What’s On Fraser Coast.

Supported by Divine Our Destiny

*For all Sound Check Party Tickets holders please be at the venue before 5pm for a sound check experience to remember, this will include a Q&A session. This ticket will also get you into the show when the doors open.