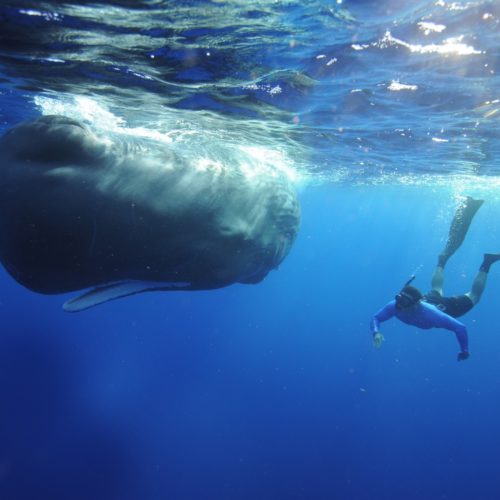 After two sell-out Australian tours, Steve Backshall, the star of the ABC ME hit TV show Deadly 60 is returning to Australia with his brand new stage show

But for this tour there is a big difference … Deadly 60 Down Under will for the first time feature Steve live on stage with some of Australia’s deadliest animals! Plus there will be loads of audience participation, on stage fun and opportunities to ask Steve questions about all his adventures! Steve will share stories and show us some of the wildest Deadly footage from his times in Australia … being lowered from a helicopter to dangle into a crocodile’s nest, or hand catching the world’s most venomous octopus just off Sydney Harbour.

“I am thrilled to be coming back to my favourite Deadly country – Australia – with my most exciting show ever. This tour is particularly exciting for me as I will be visiting Australia from the top to the bottom including some of my favourite cities plus regional centres that we have never visited before, including: Rockhampton, Mackay, Maryborough, Caloundra, Port Macquarie, Coffs Harbour, Lismore, Toowoomba, Geraldton and Darwin!” Steve Backshall

Naturalist Steve Backshall is best known for BBC Earth children’s TV show Deadly 60, in which he tracks down the world’s most dangerous animals. He is an author, having published thirteen books an expedition leader, naturalist, wildlife expert and a fearless presenter. Having travelled the world to learn about the most inspiring predators, Steve has swum with sharks, been bitten by a caiman, squirted with ink by Humboldt squid, flirted with by tarantula, charged by elephants, and stared out by thresher and great hammerhead sharks, but still maintains that wild animals pose no threat to people – in fact quite the opposite.

He is an old-fashioned action hero whose leisure pursuits include mountaineering, kayaking, scuba diving, martial arts and endurance running, which together with his unsurpassed wildlife knowledge and experience combines to make him a compelling and motivational speaker for a multitude of audiences.

Steve is hugely popular with young TV viewers who are both terrified and delighted to watch his encounters with extraordinary and inspiring predators, and is looking forward to his third tour of Australia this January.

“I can’t wait to head Down Under to the world of deadly! I hope you can join us for this totally new show with lots of stunts and experiments live on stage!” Steve Backshall

For more details about the show go to: Www.deadly60liveonstagew.com

Deadly 60 Down Under is Steve’s third Australian tour. Both previous tours have sold out so get in quick!.