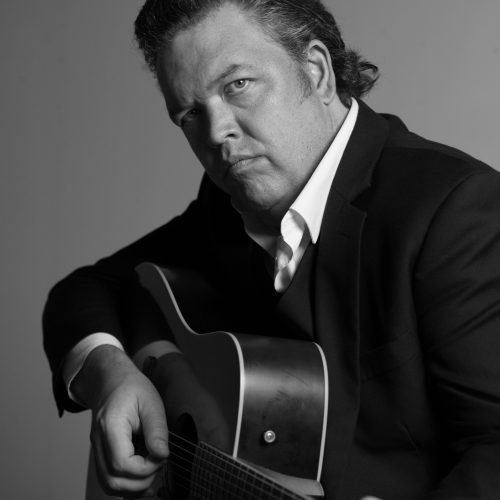 Country music singer and songwriter Daniel Thompson is a regular at the Tamworth Country Music Festival and performs several gigs throughout the year. He is also an Independent award-winning male vocalist of the year with his remake of the classic song, (I’m just a) Country Boy.

When performing at various venues Daniel gets asked regularly to sing Johnny Cash songs due to his deep, sultry voice, he always obliges.

Growing up in the Thompson household with both parent’s musicians, meant that the house was always filled with a wide variety of music, everything from The Beetles to the Rolling Stones and of course Johnny Cash and country music was thrown into the mix. Daniel says, “Back then it was just music to me. As I grew older, songs that told a story began to appeal to me, I found that most country music did exactly that.”

A few years ago, a friend of Daniels named Stuie French asked him if he was interested in performing in a one-off Johnny Cash concert to which Daniel said yes.

Johnny Cash the Concert has been showing and touring since 2009 to sell out crowds and shows no signs of slowing down.

This year marks the fiftieth anniversary of the Johnny Cash album, Folsom State Prison, the show is based largely around this. This is definitely a very significant album and helped to turn Johnny Cash into a household name.

To prepare for the role Daniel watched lots of footage, both live and in documentary form about the man himself. Daniel says, “I studied his approach to songs and the way he delivered them. I noticed that he would hold his guitar high, with his shoulders high, it changes the way that you feel and the way that you sing.

If I would have had the opportunity to meet Johnny Cash before he died I would have said thanks for the amazing music, thank you for being so open and honest in life and for sharing it with all of us.”

Johnny Cash the Concert pays tribute to the man in black in the best way possible. The audience will get to see a glimpse of what it would have been like to see a Johnny Cash concert for real. You will also see the whole of the Folsom Prison album performed as well as many other hits during the stars long career.

Daniel says, “I am also thrilled that we have the beautiful Rebecca Lee Nye along as well. Rebecca sings as June Carter Cash in a few songs, she is from Queensland and a successful singer in her own right.

It will be a great night of entertainment with an amazing band. Whether you like Johnny Cash or not we will give you a show to remember, and one that we are very proud of.”