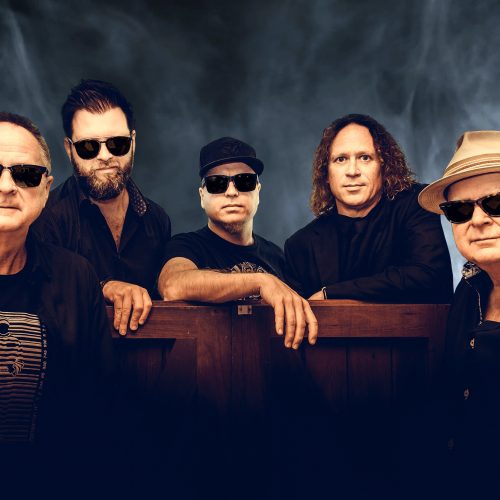 Australian rock band the Angels are heading to the Beach House Hotel in October for a concert that you will not want to miss. Last time they were here they were a sell out!

I was lucky enough to talk to one of the original band members, Rick Brewster about music, photography and playing the piano!

Both you and your brother John have been with the Angels since the very beginning in 1970. As a band what is the secret to your longevity?

We often say it is all about the riffs and the melodies. The songs have proven themselves to still be relevant today, as a songwriter, this is very rewarding.

This tour celebrates the 40th anniversary of the album Face II Face, first released in 1978. What is it about this album that still resonates today?

It is hard to define. Why do people still like to play Jimmy Hendricks and many others? Nowadays there are lots of disposable acts, we never wanted to be disposable. We also never wanted to copy other acts we wanted them to copy us. I think that we achieved that.

I understand that Face II Face has been completely re-recorded for 2018, what adaptations or sounds have been added, how does this album differ from the original?

The guitar I used in the original recording was stolen in 1980 while on tour, along with all the rest of the band’s equipment. The truck was found at the bottom of Lake Michigan in Chicago. When the truck was recovered all that it contained was a bag of dirty washing that belonged to our sound engineer at the time.

It’s a different band, but the same songs. We wanted to re-record this album to include all our current band members and allow them a sense of ownership.

A limited-edition double CD will be available at the gig. Tell us a bit more about these?

The studio recording took two days with all the same arguments that we had forty years ago.

The album is selling well. It is great to have a version of the concert that they will have just seen, for sale. Down the track, we may look at releasing a music DVD of the concert.

Your first-ever hit single was ‘Take a Long Line’ produced in 1978. Where did the inspiration come from for this song?

The idea came from a riff that I played at Checkers Nightclub in Sydney. We would play about five sets and finish at about three in the morning. The band would get paid a hundred dollars a night.

Quite often that is how it evolves, stumbling on something that sounds good and bringing it to life.

I read that you trained as a classical pianist in your youth. Do you still play? What made you choose the guitar in the band?

I love the piano and still play, it is a beautiful instrument. I have a fifteen and thirteen-year-old learning piano at the moment.

All I knew about guitar then were the basic cords. When we started the rock band I wanted more control over the sound and the melodies which is why I play the guitar.

My brother John and I have a duo called Brewster Brothers, hardly original I know but we play often, I get to play the keyboard and piano which I always enjoy.

I also read that you are a keen photographer, what camera do you use currently and what do you most like to photograph?

My first camera was a Nikkormat, it was a fully manual and only used film.

I was invited to go to a photographer’s studio who ended up teaching me everything I needed to know, I learned about darkrooms and processing. When in Sydney I would photograph King’s Cross and the interesting characters on the street.  I have done a few album covers for the Angels. I find photography therapeutic. Anything creative is satisfying and incredibly rewarding.

I am also building an electric guitar as I have always liked working with wood. It has taken a few months so far and will take a few more months before it is finished. Then if it sounds ok I will play it at a gig.