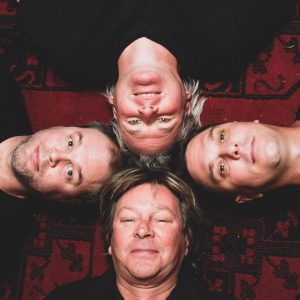 Some Of Australia & New Zealand’s best and quirkiest songs –  from ‘Six Months in a Leaky Boat’, ‘I Got You’ and ‘History Never Repeats’ through to ‘Distant Sun’, ‘It’s Only Natural’ and ‘You Better Be Home Soon’. The Full House Band presents true to the original interpretations of Crowded House and Split Enz greatest hits.

From 8pm in Hervey House