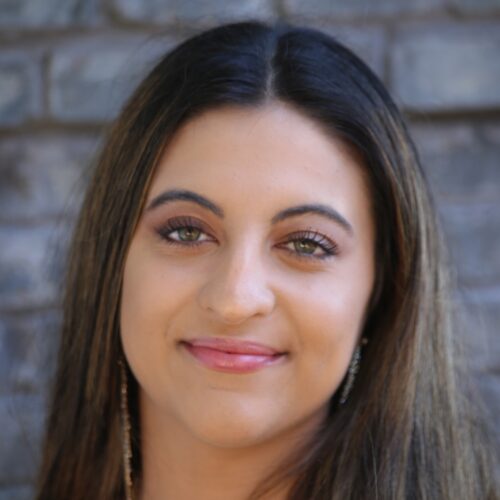 At just 19 years of age, Sara Diana Faraj is a strong and passionate young woman who has a gift for words both spoken and on the page. Passionate about foreign affairs and human rights, Sara is an advocate for change and an inspiration to many.

Tell us a little about your family and childhood?

My parents and older sister immigrated here in 2000 from Germany wherein my parents met and married, both escaping from the war in their own respective countries Lebanon (mum) and Kurdistan, North Iraq (dad). Approximately a year after, I was born. Growing up, I learned my father’s native language first (Kurdish), and through watching cartoons and playing with my older sister, I learned English just in time to commence pre-school. I strived to embrace my culture and heritage throughout my childhood. I was different, and that was that.

In June 2009 we moved to Bathurst, NSW. During this time, I became more aware of my differences to the people around me, as tensions grew around the middle east throughout the media, I felt objectified. I felt singled out at times, and I lost some pride in my heritage. My identity went through a large transformation.

In 2010, I flew to Lebanon with my mother and baby sister for the one-year memorial of my late grandfather, whom I never got to meet. There I met my still grieving grandmother for the first time as well as many other family members. As a young girl in grade three, this was a huge experience for me. I quickly formed very close relationships with my aunties, uncles, and cousins, and I got to explore the beauty of my country. I felt at home. I saw another side that the media likes to sweep under the rug. Beautiful, lush green mountains lined with narrow adrenaline-inducing roads, traditional foods that made my mouth water, and most importantly, family.

As I grew older, the chosen bigotry and ignorance of the people around me began to emerge in waves. The names such as “terrorist”, “bomb threat” and many other unmentionable phrases and terms like “ go back to your own country” and “ why are you even here; we don’t want you” were thrown at me like punches to the throat. I became very angry at the world. Why did they think these things of me? Admittedly, my anger did get me into trouble at some points. Trouble I thought I didn’t deserve because I had not instigated this racism in any way. Looking back, I know I could have reacted a lot differently, but no one was interested in hearing my so-called sob story, and that made me angry.

An educated person can conclude that every different group of people, whether it is ethnic, gender, age, etc., contains good and bad. It is a regrettable part of human nature, but it exists. It is unfair and unjust to automatically conclude that a certain group is a certain thing or will act a certain way because of preconceived opinions.

We moved to Hervey Bay in 2016 due to my father going into a forced early retirement that was related to a serious accident he had years before. At first, the reasoning behind the move was unclear to me and I didn’t agree to it, but now looking back I would not have received the opportunities I have been given here, back in NSW and for that, I am forever grateful.

What is your mum and dad’s story?

My mother was born in Kuwait from Lebanese parents, and soon after they moved back to Lebanon. Shortly after, the Lebanese war erupted, and she spent many nights of her life huddled with her seven siblings, holding each other, scared to death of the ongoing gunshots and explosions occurring nearby. One day, an explosion went off a little too close for comfort and her older brother, a young, curious adolescent at the time, went to investigate and was captured by Israeli soldiers and thrown in jail in Germany. Within a month her family had packed up their whole lives, sorted their papers, and immigrated to Germany in the hopes of freeing her brother.

They were safer in Germany, but they were another family amongst the thousands that had been displaced during war. After a couple of months, they were able to free him. However, the war continued to worsen, and so they stayed in Germany. My grandfather created his own mobile middle eastern grocer from his little van to support the family. It was through his van that my mum met my dad.

My father was born in the middle of an orchard one warm spring day as his mother reached into the trees to pick fruits. It was common for a man to have up to four wives during that period, and so my father grew up with a huge family of close to thirty siblings. He was independent and driven, and by the time he was twelve, he had saved a lot of money and worked full-time between school and farm duties. He spent many nights alone on various mountains, in the pouring rain shepherding hundreds of sheep, with only a stick for protection from wolves. As soon as he graduated from school, he bought his mother a house and decided to leave Iraq in hopes of a better life. The war was intensifying, and he couldn’t bear to stay any longer, so he moved to Germany and commenced study at Munich University. Then he met my mother.

My parents married in 1992, and my older sister was born in 1996. By that time, they had been to visit my father’s family. My mothers had gone back to Lebanon despite the war. They had no home, their identities resided in their respective countries, but war was quickly taking over, and they now had a child to care for, so they made the decision to come to Australia as refugees and seek asylum.

Where does your resilience and passion for politics and economics come from?

A huge part of my upbringing involved being of service to others. Whether it was learning how to fold the washing for mum when I was only three years old. To involving myself in activities and opportunities during my school life. Being the go-to person for all of my friends in their time of need or wanting to be the change that I so desperately crave. My ethnical diversity and life experiences have contributed greatly to my resilience, a trait that is imperative for an individual’s identity and character development. My passion lays within the willingness to achieve through leadership and service. To be the change this country evidently needs. Too many years have gone by wherein our countries have been patriarchally dominated, and it is time for today’s youth to step up. I am choosing not to close my mind like those around me did. My mind is open to innovation, change, and hope. I want to inspire those near and far, in Australia and in my countries.

What do you study at the University of Queensland?

In January 2020, I was accepted into The University of Queensland to study Political Science. I enrolled to commence in July of 2020. However, I have deferred until February 2021 due to the implications of COVID -19.

What would you like to achieve career-wise over the coming years?

I would like to become an advocate and an inspiration for change and women’s equality. My ultimate goal lays in being elected to represent Australia in Federal Parliament. Who knows, I might even knock Mr Morrison off the top tier! Foreign affairs and human rights are extremely important to me, and I hope to form positive connotations between these aspects of government.

How important is women’s equality?

Women’s equality is an extremely important aspect of modern society. For decades upon decades, many women have bravely fought for, persevered for, and died for rights and actions that millions of us give no thought towards, every single day. We are all created in God’s image, men, and women alike. Equality between all human beings is just and right. Every single day, across the world, thousands of women lose their lives due to poisonous patriarchy. Women are not objects. They are not toys, and they certainly are not in existence for childbearing solely. Women deserve solidarity, education, independence, and freedom. Men and women should stand beside one another in power and love, companionship, and camaraderie.

Tell us a little about your involvement with Zonta and being the recipient of the Zonta Club of Hervey Bay: Young Women in Public Affairs.

The Young Women in Public Affairs award was introduced to me by a teacher who strongly supported all of my endeavours throughout my time at Xavier Catholic College. This award recognises young women for their commitment to volunteerism, volunteer leadership achievements, and their commitment to empowering women worldwide. In order to be eligible, I completed an essay provided to me as well as obtaining references from my past teacher, principal, and employer. Since winning the award, I was fortunate enough to assist in the creation of Dignity Bags with the local Hervey Bay group as well as attending meetings and being a guest at the International Women’s Day breakfast. I am now an official member of the group and look at continuing my membership during my studies and into the future.

What does this award mean to you?

This award has opened my eyes to a plethora of opportunities and experiences. I have been fortunate to form many close relationships with members of the local community and beyond. It was an honour to accept this award from such a prestigious group. This award has taught me to follow my dreams and grasp every opportunity that comes my way.

Become the change you want to see. Do not limit your mind to the daily routines of survival. Push the boundaries, open your mind, and find good in others. Motivate the people around you to succeed and test the waters. Discover a passion and follow it. Take the time to be fortunate for the little things; Peace, goodwill, sunshine, whatever it may be. Strive for opportunity, create resilience, and build on it. This community contains so many beautiful souls, such rich history, and a growing diversity. Open your minds, and your hearts and the sun will shine a little brighter, and the birds will sing a little louder. Stand side by side among your peers, friends, and family and look for a better future. Build up today’s generation, for they hold tomorrow in their hands.