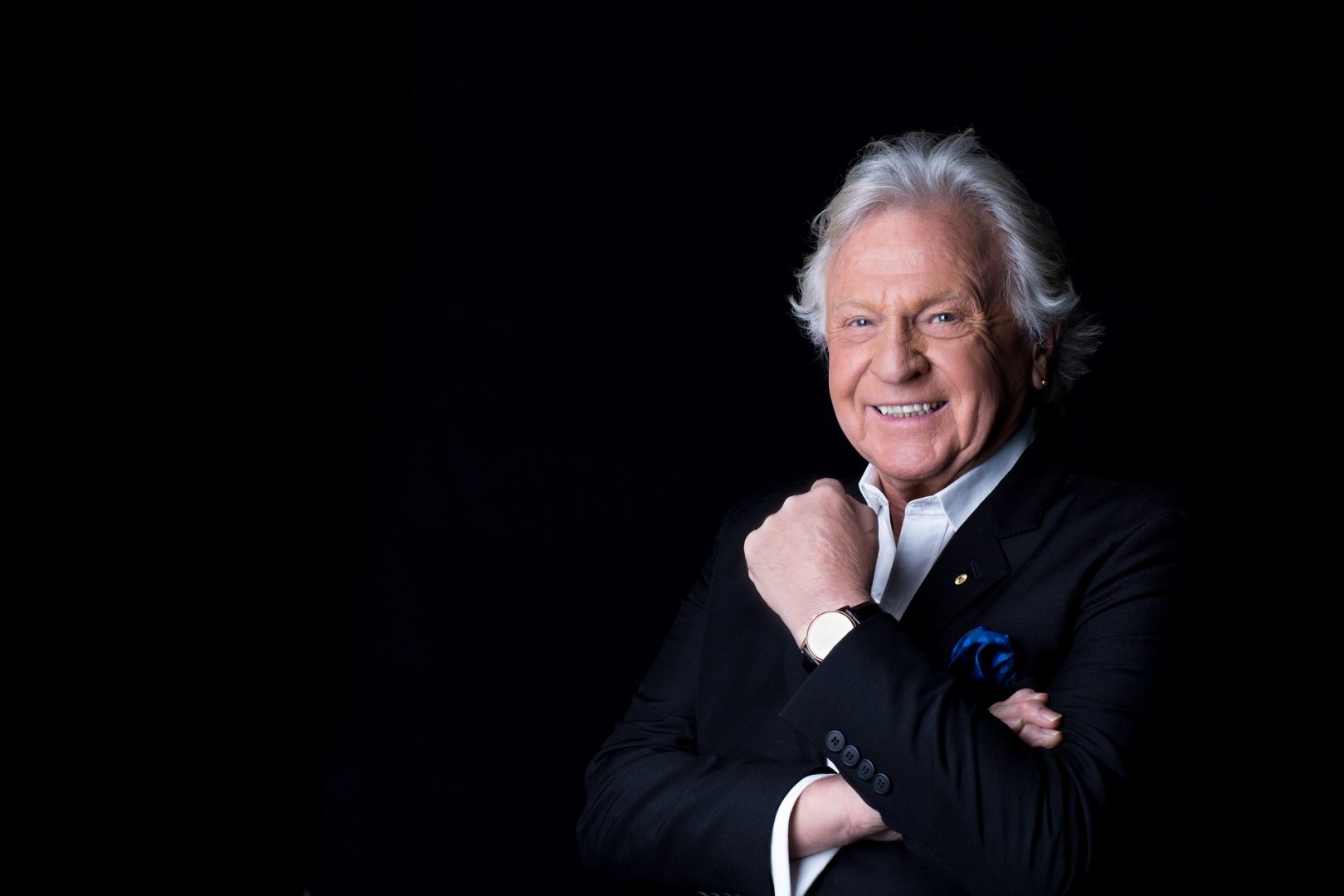 Type the name Normie Rowe into Google, and you will be inundated with pages and pages of information, images, grainy, black, and white music clips and countless TV interviews.  You can easily lose a whole day looking through it all, as I did in preparation for this interview.

I was thrilled to be able to chat with the man himself, touted as Australia’s biggest pop star of the 60s, Normie is still going strong and shows no signs of slowing down. He was an absolute pleasure to interview. Kim Parnell, Editor.

I think the 1960s were quite a pivotal point that came off the back of the 1950’s teenage revolution with Rock n Roll and 7-inch vinyl records. All of a sudden vinyl records were cheap enough for teenagers to buy, and record players were becoming more affordable. The accessibility of the contemporary music of the day was more than pretty much any other time in history to that point. The ’60s gave rise to the exposure of all sorts of artists with new people recording old songs.

The 60’s also spawned shows like Countdown and Young Talent Time. Johnny Young and I met in Perth aged 17 when Johnny hosted Club 7 teen. We are still great mates; in fact, I stay with Johnny and his wife whenever I go to Perth. That was another great thing about the 60s; lifelong friendships were created.

Did you think you would become so successful when you sang in front of a live audience for the first time?

No, when I sang in front of people for the first time, I thought I had died and gone to heaven. I never thought I would be that big, but I suppose I don’t even think you could ideate how big, big, actually was.

I remember there was a really pivotal moment for me when I went to Festival Hall. At this stage, I had been working with my band The Playboys, with whom I recorded eventually. I watched the very recently late Gerry Marsden from Gerry and the Pacemakers who became a friend. There was also Brian Poole, The Honeycombs, and a whole bunch of other English performers. I was listening to them up on stage, and I had that epiphany moment and realised that they were no better than we were and that we could do it just as well.

Tell us a little about your time in Vietnam?

When you read about wars in other eras, like the first and second world wars, they describe long periods of boredom interspersed with mad moments of chaos, death, and destruction. Vietnam was slightly different; it was intense. I was a driver, then an operator, then a crew commander of an armoured personnel carrier with a top speed of only about 38 to 42km an hour.

The whole time you are on guard looking for danger, from people up in trees to land mines. Continually watching everything around you, trying to make sure that wherever you look is safe as you don’t want to cause another person’s demise. That pressure was every single day.

I think that is probably the difference between the Vietnam war and a lot of others as for us there were no moments of respite.

How tough was it when you came home?

It was tough; I remember that my dad said, “Son, the best thing you can do is your home now, forget you ever went and just get on with your life”. Even in hindsight, I am sure he didn’t know what I had seen or been involved in or what my day to day was, I am quite positive as he had never been to war himself.

You suffered tremendously from PTSD after your Vietnam experiences, tell us a little about that and how you manage it?

I have my strategies which I worked out eventually with professional help, that is the first step. To start believing that there is help available, then work out if you can actually believe the advice given.

It was a journey for me. In 2001 I spent three months in a psych ward, I got there the day before 9/11, pretty traumatic in its own right. I spent six weeks of that first three months in the foetal position; I couldn’t move.

I had suffered PTSD for thirty years without knowing it. Looking back, I had many indications over the years that something was amiss.

Tell us a little about your involvement with Soldier On?

For many years everybody thought you could go into a war and come back completely unaffected, that is not the case. Soldier On is a support organisation that focuses on younger ex-service people dealing with physical and psychological effects due to their war service deployments. Many people now benefit from this program.

Have you ever been to the Fraser Coast before?

Yes, I remember playing at the old Tattersalls Hotel in Maryborough. On this particular night, we had to switch between the Tattersalls Hotel and a hotel in Gympie that was run, funnily enough by a man named Graham Kennedy.

For anyone who says Maryborough doesn’t flood, it sure does. I got trapped in Maryborough in the last floods. I was just up the road from the Brolga. It is a beautiful theatre, and we are lucky to have these kinds of facilities and run them so that the local community can come together and enjoy world standard productions.

At this very moment, my family is up from Melbourne, after spending one hundred and thirty days in lockdown. My wonderful grandkids are wrapped around me; I am having a great time just watching them play together, getting to know each other and working out their dynamics. Plenty of parent and grandparent things are going on here.

Tell us a little about the show, and what can people expect?

I team up with the quintessential Dinah Lee and the Australian Country Music Liberachi Jade Hurley, (he would hate me saying that!).

Between the three of us, we bring over one hundred and fifty years of professional experience. I think the publics expectations will be to see us performing the old classics as we take our audience on a musical journey. We have been a great part of many people’s lives, and our audience and fans have always been of such importance to ours.

I think that at the end of the night, people will walk away saying, “That was such great fun.” The last year has not been the best; it is pretty good to get away from the whole talk of Covid and take in some great entertainment at the Brolga instead.