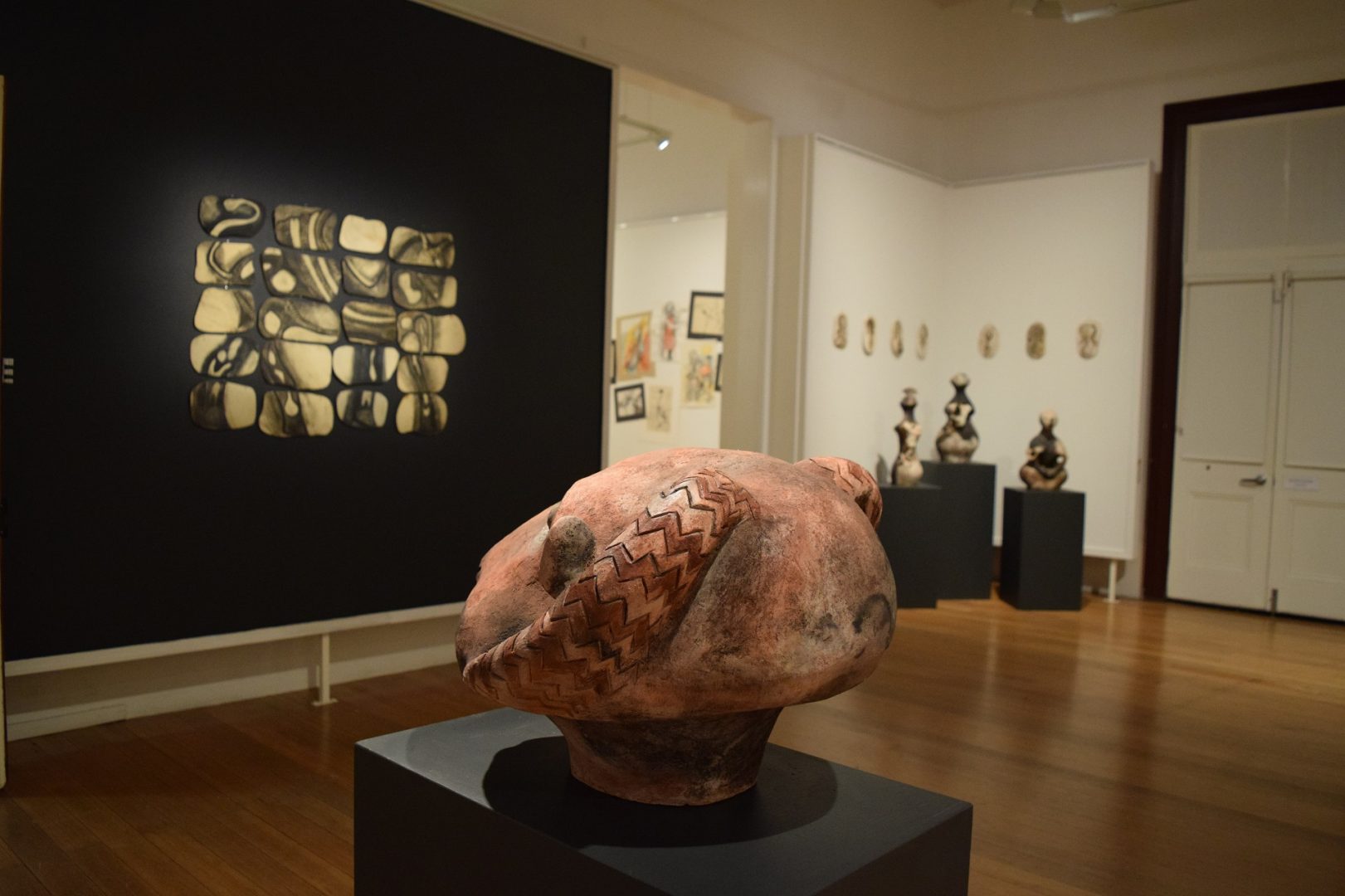 ‘The Dance Goes On’ is an expression of the dynamics that animates form. This invites the spectator to join the dance, with a series of bronze figurines inspired by ancient artifacts and a group of dancing girls.

Born in the UK, I studied art in London and Vienna, where I achieved an Honours degree in Fine Art. In 1994 I obtained a Master of Creative Arts from James Cook University, Australia.

In my early years, I lived in Cyprus in the Eastern Mediterranean. The ancient history, symbolism and mythology of the area greatly influenced my practice and has continued to be a life-long commitment to Neolithic peoples of early agricultural societies.

The primordial deities of Neolithic times were female, reflecting the sanctity of regeneration and motherhood. This matriarchal tradition continued and culminated in the flowering of the Minoan civilisation of Crete in the Bronze Age. These cultures encouraged artistic freedom and trade, making life meaningful and enjoyable for all its citizens, with a balance of power between the sexes. 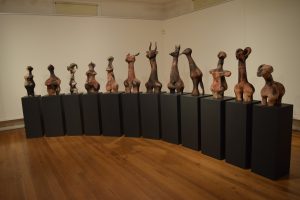 I like to interpret ancient symbols and stories in a contemporary way, using installation. Clay, the stuff of the earth, is a nucleus combined with ephemera, silk paintings, drawings, and other materials to create an ambience within a meaningful space.

Issues of conservation, the environment and endangered species have been the focus of my most recent installation work.

In the current political arena, I see the Fertile Crescent of Mesopotamia as a metaphor for the climate and water crises we are facing that could challenge our existence. This irony causes me to reassess these ancestral roots and to reanimate these powerful ancient symbols of life-sustaining, rain-making totems rich in the images of humans, birds, and animals.

The Dance Goes On – Sally Spencer