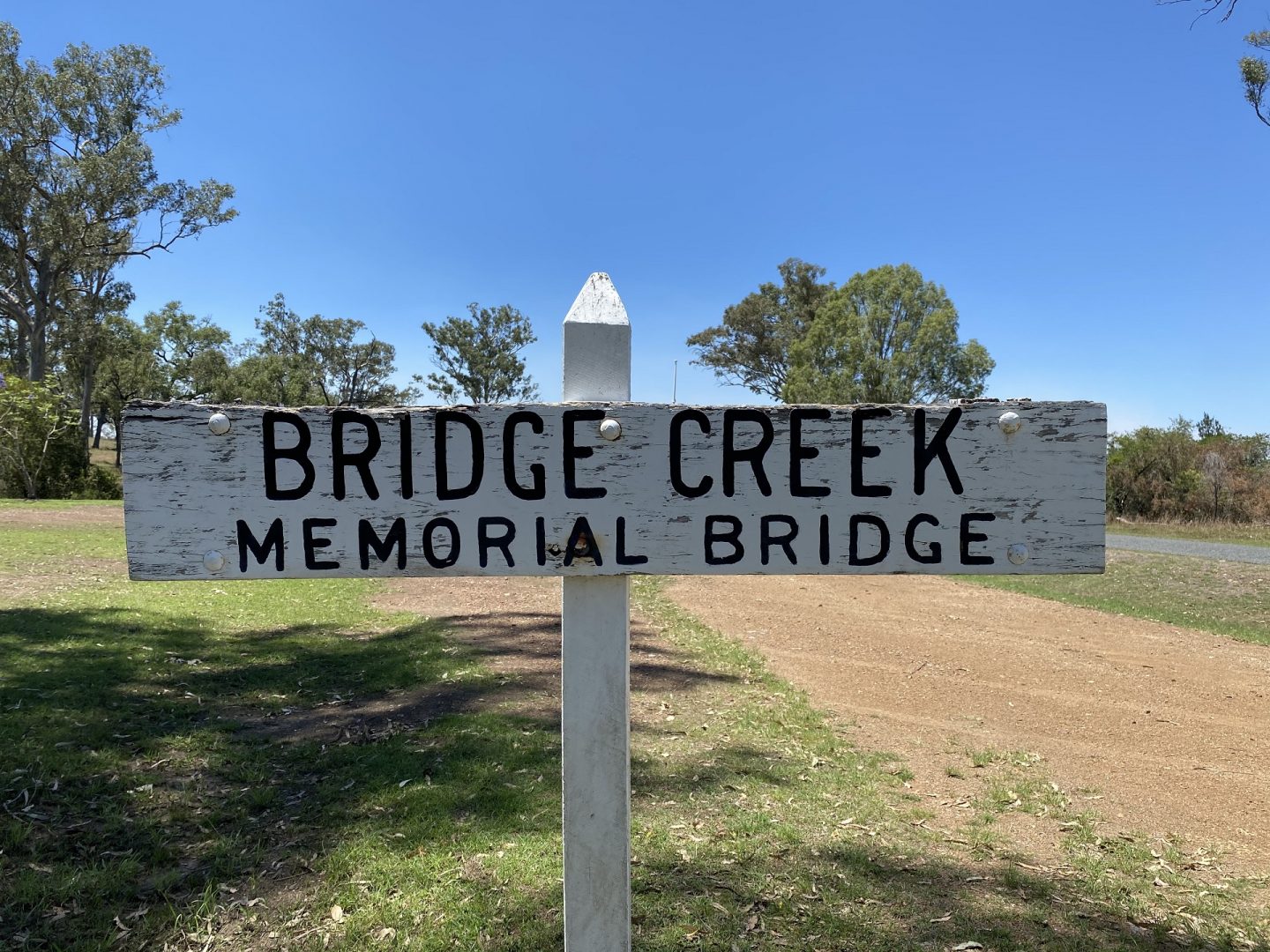 The Brooweena War Memorial Bridge was officially opened on 21 May 1921 by local clergyman the Rev Hardingham. Mrs A Brown, whose son was among the fallen, performed the unveiling of the honour roll. Trooper William Charles Brown, from the Australian Army Light Horse Regiment, died from Malaria on November 3, 1918, in Egypt. 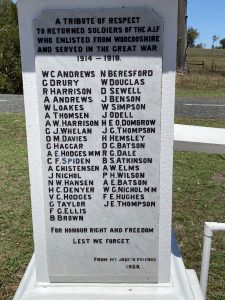 The bridge was designed and funded by Lawrence Stevens Smith of Mount Joseph Station and is located beside the Brooweena Woolooga Road opposite the Mount Joseph Homestead. It is dedicated to the local servicemen who enlisted in World War One, both those that fell and those that returned. Although the Smiths lost no sons in the First World War, they still wished to make a commemorative gesture. Upon completion of the bridge, it was handed over to the Woocoo Shire Council. 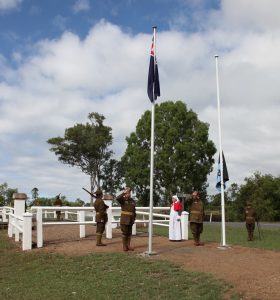 The bridge remained in use for many years but was closed to traffic on June 16th, 1972, when a new structure was built. A cairn was built in commemoration to explain the significance of the bridge. 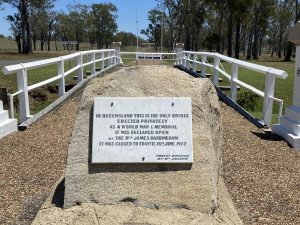 Mr Bruce Smith, a grandson of Mr Laurence Smith, will lead the service, and the 9th Battalion Ceremonial Guard Inc will form a Guard of Honour. A light picnic lunch will be provided.

In Queensland, this is the only bridge erected privately as a World War I. Memorial.

The bridge was added to the Queensland Heritage Register on 21 October 1992.

In dappled shade of stately gums,

It stands, hard by a split-rail fence.

A tribute from fond hearts who cared,

That men have fought in freedom’s proud defence.

Memorial to those fighting men,

Who heard the call – and went.

Some sleep afar; too few came back again.

In chiselled letters, clear and stark,

And voiceless on this country flat,

It speaks its wordless claim to fame.

Beside it, in the modern way,

A tar and concrete counterpart.

That has not grace nor heart.

They have not seen this bridge.

A Fraser Coast trip that will never be forgotten