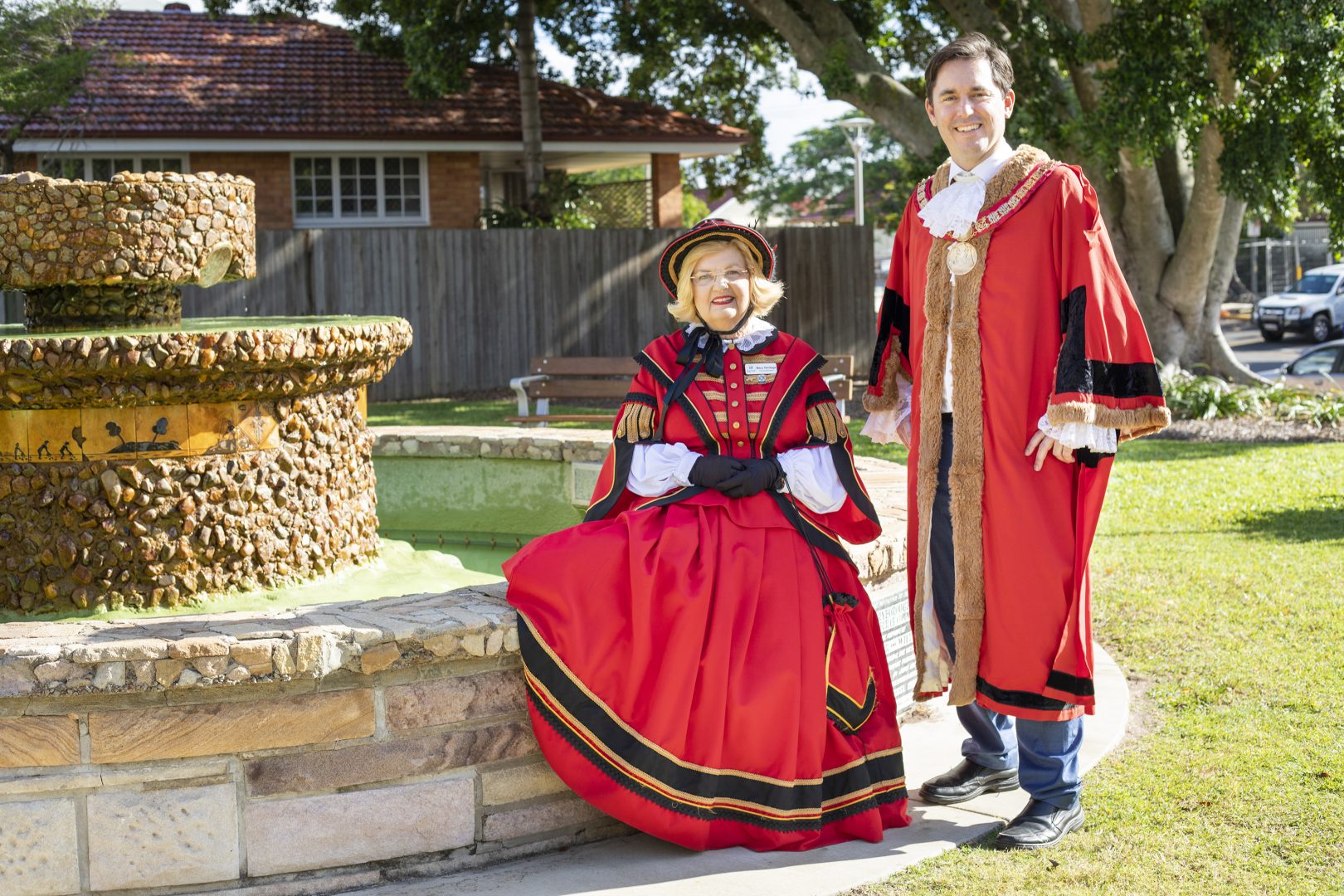 Wanted: a nanny for two adorable children – oh, and a storyteller, dancer, singer, cheery disposition, knowledgeable about Maryborough and be friends with chimneysweeps – magic bag and talking umbrella optional.

Fraser Coast icon Mary Heritage, AKA Carmel Murdoch is retiring, and auditions for a new Mary will open soon.

“Each of the new storytellers will help promote and share the unique experiences and stories of Maryborough.

“Mary Heritage is also the Town Crier’s attendant and helps fire the time cannon at the markets and special events and conducts tours of the city for visitors; Mary Poppins celebrates all things Poppins and Maryborough as the birthplace of Mary Poppins author PL Travers.”

Prospective storytellers will need to supply a video of a short story performance and the interview for the shortlisted applicants will include an audition.

So, as Jane and Michael Banks so eloquently sang in their ad for a Nanny:

If you want this choice position
Have a cheery disposition.

Applications open in early June with more details to be available in the job vacancies section on the Council website.

The making of Mary

Carmel Murdoch will retire from her role as Mary Heritage on 18 July, 23 years after first donning the costume.

Mary Heritage was born in 1988 at the Maryborough City Council exhibition at World Expo in Brisbane.

Carmel took over the position in 1999 and a year later the first of the alter egos, Mary Christmas, was born, quickly followed by Mary Poppins.

“The next character was Mary Widow for the Ghost Tours. Then, for functions at the rose gardens, I was Mary Rose,” Carmel said.

As Mary Heritage, Carmel travelled far and her costumes, made by local dressmakers, drew wide-spread attention, and awards.

Carmel has attended 16 Australian Town Crier Championships, including the World Championships that were held in Maryborough in 2005, and won 13 costume awards.

“The costumes have been brilliant for promoting Maryborough,”: she said.

“I’ve loved my roles and extolling the fabulous things we have here. There isn’t a day when I’m wearing the costume that I don’t get asked for photos.

“I will miss the roles, but I have so much else to do. I might even go fly a kite.”

“She is passionate about Maryborough, its history and its stories. As a tour-guide she has introduced the history of Maryborough to thousands of visitors; not just as dry facts and figures, but through wonderful stories that have captured early life in the settlement,” he said.

“Her charm and friendliness is always on show and changes to suit the character she is portraying – from the matter of fact spit and polish Mary Poppins to the rough diamond of the Mary Widow of the Ghost tours.

“Carmel has been an important and much-loved ambassador for Maryborough.

“Filling her shoes is going to be a tall order.”

To celebrate her retirement an exhibition of her dresses and memorabilia will be staged at the Story Bank during the Mary Poppins Festival from 25 June to 30 July, 2021.

Article and photo provided by the Fraser Coast Regional Council 2021