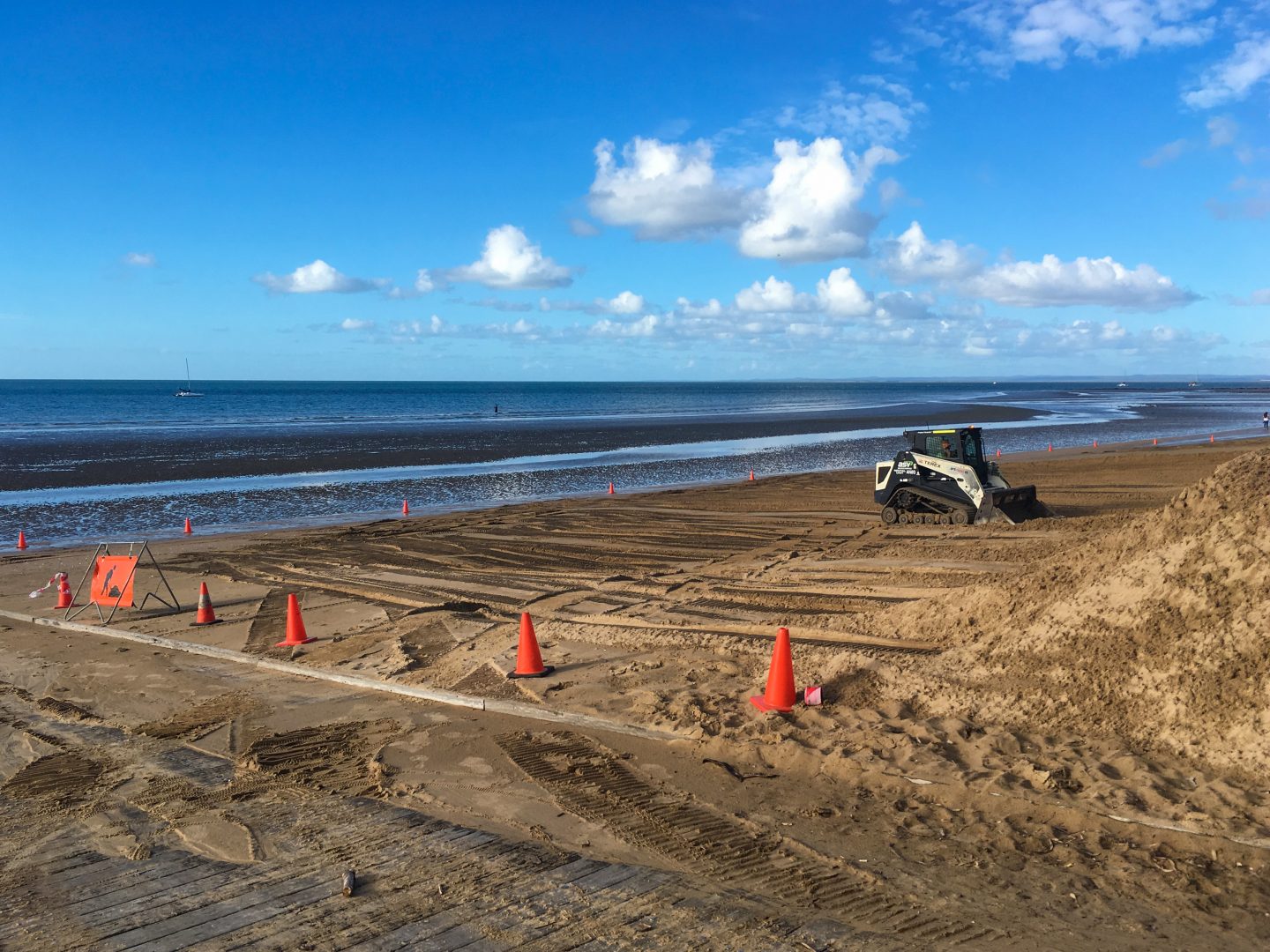 The annual sand push on Hervey Bay beaches has started.

“Fraser Coast Regional Council does a sand push every winter to profile particular beaches and build up the dunes to protect them from the waves whipped by the northerly winds in November and King Tides in January and February,” Cr Denis Chapman said.

“The project is not designed to rebuild beaches worn down by erosion.

“The sand is pushed up against the dunes to act as a buffer. It absorbs the force of the waves and protects the dunes from further erosion.”

The work will be undertaken on beaches between:

· Alexander Street rock wall to the Churchill Street Groyne, and;

· Urangan Pier to the aquarium.

“Some beaches and beach access points will be temporarily closed during the works,” Cr Chapman said. “The sand push is due to start the week of Monday 21 June and then stop for the two weeks of the school holidays.

“Works are expected to be completed by mid to late July, depending on weather, tides, winds and the amount of sand available to push.”