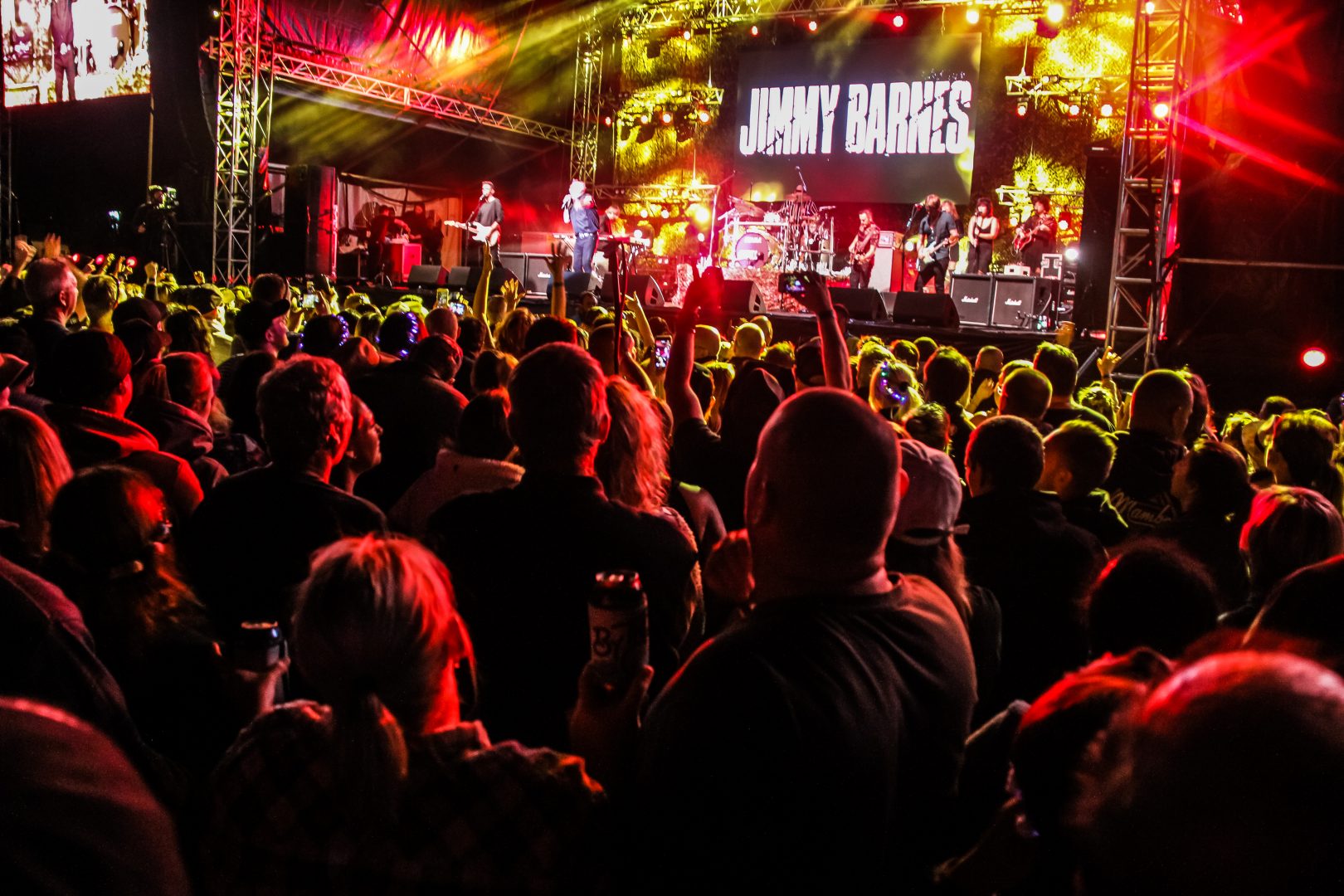 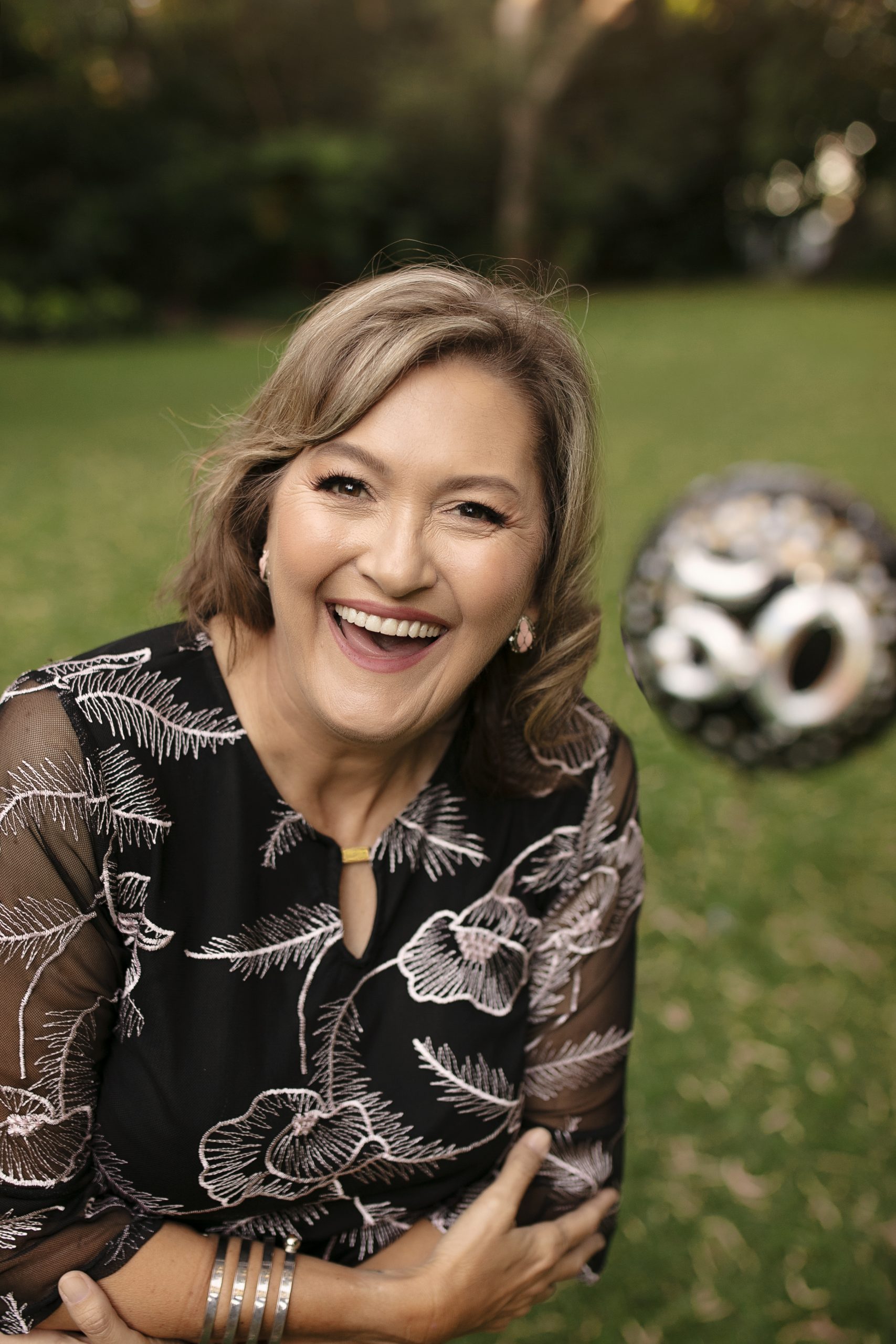 Kim Parnell was understandably nervous as she sat down to speak to Rupert McCall, the Australian poet and television presenter. Only three years earlier she was having drinks with friends when she decided to check what was happening that weekend in Hervey Bay. “I searched and couldn’t find the information I was looking for. Like all good ideas, they happen over a few drinks, and that is where it all started.”

What’s on Hervey Bay began as a social media platform on Facebook. Kim researched what events were taking place and created a calendar of events. She attended as many events as she could, trying to capture the personality of each. “I wanted to show people who didn’t attend, inside the event. To let them know what they were missing out on.” It was instantly clear that there was a need for this information, and the Facebook page exploded.

It was such a good source of information that local media outlets readily admitted that they used it to help build their content and stay informed with what was happening in the community. As Kim was contemplating her next step, she received a phone call from the local newspaper. 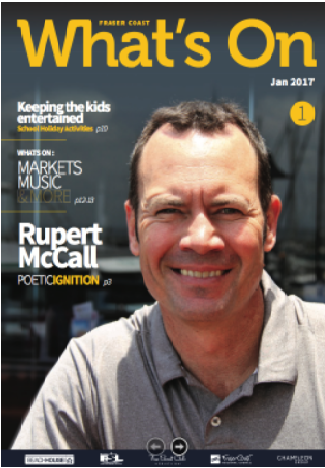 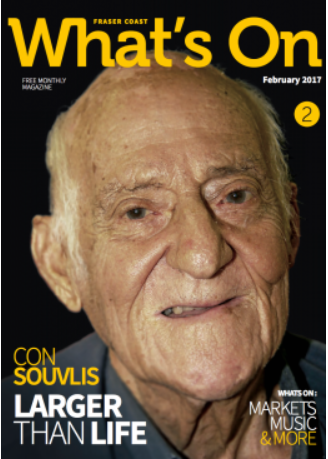 They needed a social photographer to cover local events and believed Kim would be perfect. “I still remember being so excited about seeing my first photos in print. It was the Torbanlea Races, and it felt amazing.” Their partnership would last for two years before Kim would be presented with another opportunity to step outside her comfort zone, to become the Editor of a monthly magazine – What’s on Fraser Coast.

“I never shy away from taking risks. If the idea is good, then I will give 110%. When a local printer offered to work with me to produce an events magazine, I felt I had nothing to lose. It was a step in the right direction.”

It was late 2016 when a very nervous Kim sat in front of Rupert McCall. She was well prepared for the interview with hours of research and planning, but that did not stop the nerves. After admitting her relative inexperience, McCall’s empathetic response equipped Kim with vital knowledge that she would carry with her for every interview after. “Just think about it, we are not having an interview, we are having a conversation,” McCall said in a calming voice.

In an instant, Kim felt at ease with the task at hand and settled into a lovely conversation with McCall. This story was the very first cover story for the first edition of What’s on Fraser Coast, published in January 2017.

With the first edition finished, Kim set her focus on the second, choosing one of Hervey Bay’s most iconic personalities for the cover story. Con Souvlis was a decorated former Australian soldier and very successful businessman. His vibrant personality was only eclipsed by his genuine compassion for his community. At 92 years of age, Con had lived an incredible life and was the perfect person to be on the front cover. He would also set a challenge for Kim that she would use as her motivation when things got tough.

“You won’t make it past the sixth edition,” Con said to Kim with a cheeky grin and sparkle in his eye. “But if you do, you have to promise me that you will put yourself on the front cover when you reach 50 editions.” Months after the second magazine was released, Con Souvlis was standing on the Esplanade with the same cheeky smile and sparkle, handing out copies of the magazine.

Kim reflects on that moment, “I have always thought about it, and it helped me keep going. He always had a smile and a kind word. He was so knowledgeable. So wise. He knew I would take his words as a challenge.”

The first 20 publications were done in partnership with the printer company before Kim had the opportunity to become an independent magazine publisher and owner. Her goal was survival, and failure was not an option, “If I say I am going to do something, I make sure I deliver.” She would get one magazine out to print and distribution before starting all over again on the next edition. “They were long hours, and I was responsible for everything”.

Kim Parnell, Editor of the What’s on Fraser Coast magazine, did survive and has never missed a deadline since taking over the helm. “There have been some close calls that have been completely out of my control, but every deadline has been met, and I don’t see that changing”. For her 50th magazine, Kim has honoured her commitment to the late Con Souvlis, with her face on the front cover and her journey the subject of this cover story.

When asked about her journey, Kim smiles with a sense of accomplishment, “I really love that I have been able to capture so much history of the Fraser Coast. I have 50 magazines and thousands of images that tell a story of our community.” One of those moments was the royal visit of Prince Harry and Meghan to the Fraser Coast.

In October 2018, Harry and Meghan visited Fraser Island as part of their Australian tour. Kim went along to capture the moment and would be faced with a dilemma. “Friends invited me to meet Harry and Meghan on the jetty at Kingfisher Resort, but I would have to leave my camera outside. Alternatively, I could choose to miss the meet and greet and continue to take photos outside. I chose to keep taking photos.” As it turns out, Kim made the right decision. As Harry and Meghan walked down the Kingfisher Bay jetty, they looked towards Kim, gave a wide smile, and waved – CLICK. The picture captured that day and could be one of the most genuine and joyful pictures taken of the young couple.

So many of these moments have been captured by Kim over the past seven years. “I got to stand on a boat and watch the sinking of the HMAS Tobruk. I got to fly over the first cruise ship to enter the Great Sandy Straits. I have interviewed so many amazing people, including Ian Moss, Petula Clark and Normie Rowe. They were genuine people who never let fame get in the way of being kind. I really appreciated that.”

Kim has a message for anyone thinking about taking a risk in life. “Never let the fact that you have never done it stop you from doing it. If you have passion, you can do anything,”

All other photos – Kim Parnell