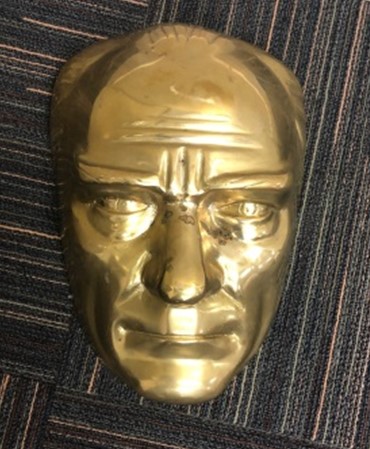 A memorial to Mustafa Kemal Ataturk will be unveiled in Queen’s Park at 11am on Friday by Turkey’s Honorary Queensland Consul Mr Turgut Manli and Fraser Coast Mayor Cr George Seymour.

The Gallipoli to Armistice trail drew a steady stream of visitors to Queen’s Park after it opened and quickly become a favourite strolling place for residents, creating a new entrance to the heritage-listed park.

Visitor numbers have surged since the Covid-19 pandemic struck and tourism numbers increased in regional Queensland.

Nancy Bates, chair of the Gallipoli to Armistice Committee, said word of the Queen’s Park memorial experience had spread rapidly in the school communities and through the Grey Nomad world.

“When it was opened, it was acclaimed as being of international standard and it is recognised as Australia’s best World War I experience outside of Canberra. It has the added attraction of being linked to Maryborough’s military museum, also ranked the best in Australia outside of Canberra.”

Mrs Bates said the brass profile sculpture of Ataturk had been donated to the committee by Mr Manli, who had been an enthusiastic supporter since he attended the opening of the Queen’s Park trail in July 2018.

“We have included the famous words attributed to Ataturk on the memorial and also have a QR link that outlines his achievements in modernising Turkey as well as exploring the mystery of the origin of the words.”

She said the unveiling of the sculpture had been delayed by vandalism of the memorial in January. Repairs of the multi-media boxes were being completed to coincide with the new element in the memorial.