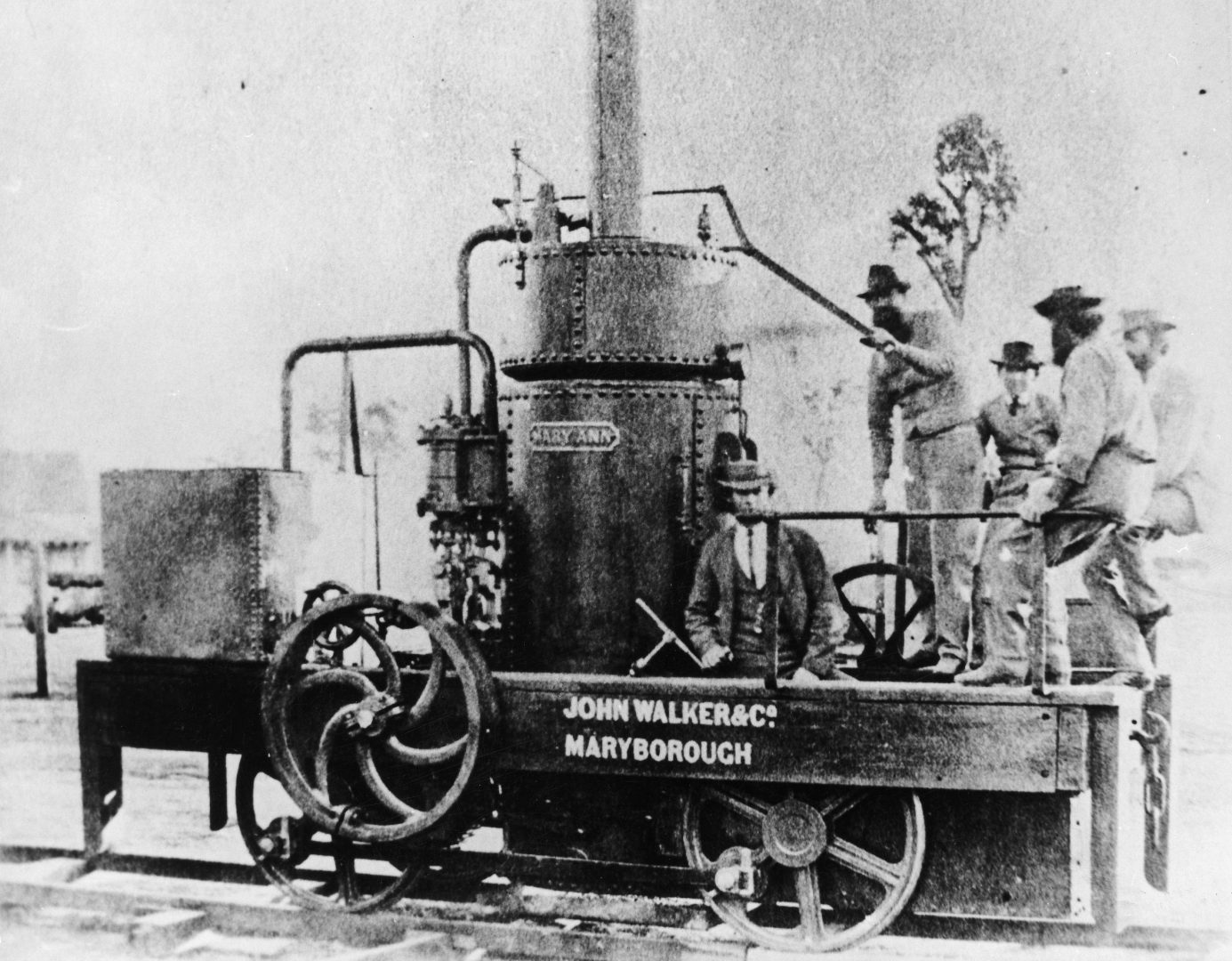 It was recently announced by the State Government that 65 new trains would be built here on the Fraser Coast as part of a multi-billion-dollar contract. Maryborough has a very proud industrial heritage in the production of locomotives.  Indeed, Queensland’s very first steam train locomotive, the Mary Ann, was built here, by John Walker & Co, in 1873 for the timber firm owned by William Pettigrew and William Sim. It was so named because Pettigrew and Sim each had a daughter by that name.

I often ride the replica of this famous locomotive as it makes its way through Queens Park.  This is a pleasant journey taking in the historic park, but for the more adventurous it is possible to head into the wilderness on the shores of Tin Can Bay to find the route upon which the original train carted timber.

The peaceful inlet south of the boat ramp stretches into the hilly forests where valuable Kauri Pines would be felled to be taken by boat all the way back to the Pettigrew and Sim’s sawmill at Dundathu.

To fully exploit the timber resource, a plan for a tramway between the shore and the tall stands of trees was planned in the early 1870s; the very first privately funded rail line in the young colony of Queensland.

The locomotive made a test run on wooden rails laid down near the foundry on Bowen Street on 30 June 1873.  In scenes not that different to today’s Queen’s Park rides, the Maryborough Chronicle reported that “many of the inhabitants, both old and young, spent a pleasant hour in riding to and fro on the novel conveyance.”

By October of 1873, the Mary Ann was in the wilderness amongst the timber near Tin Can Bay as thirty of Maryborough’s leading citizens were entertained at the new railway line over two days.

The rails were cut from Spotted Gum whilst the sleepers were from Cypress Pine. Whilst a close inspection can locate some of these; they are largely gone from sight, but the path the line took can still be traced, and for much its length is still used as a firebreak.

Stepping out of my kayak onto the sandy shore at Poverty Point where the railway line met the boats, there is much evidence of this tranquil site’s former industrial usage.  Buried in the sand back into the vegetation and running parallel to each other down into the water are numerous logs of substantial size.  It was over these timber skids that the logs were offloaded from the Mary Ann and rolled out into the inlet for rafting.

The Fraser Coast can be very proud of that first locomotive built here and the many more to be built here in the future.