Showtime Australia has confirmed that Hotel California The Eagles Experience is bringing the timeless tunes of the Eagles to Maryborough! Performing at Brolga Theatre and Convention Centre on January 15, 2022, as part of their regional Australian tour.

The long-established show, which was on hiatus for the past few years, has been recently recast, redesigned and reinvigorated. After experiencing numerous set back’s due to the COVID 19 pandemic, including rescheduling most of their shows from 2021, producers are now feeling more confident than ever that the show will be back up on Australian stages after its long-awaited return.

“We’ve all been saturated by digital music and media during the pandemic, and there is definitely a thirst for the realness and familiarity of older classic music now,” says Producer Johnny Van Grinsven. 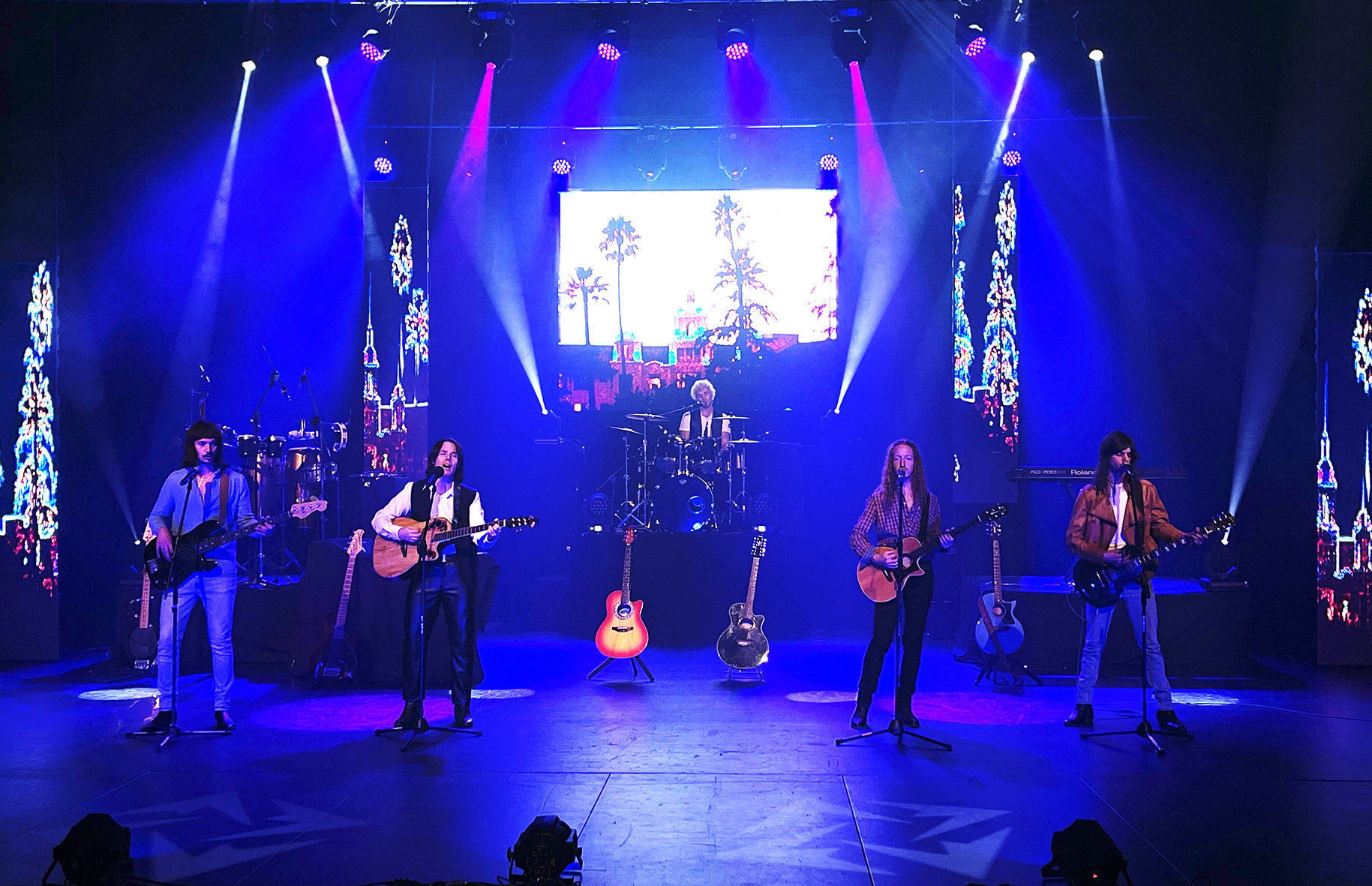 The impressive new international cast, which includes multi-talented young musicians from Australia, New Zealand, and South Africa, was carefully selected by Van Grinsven who aimed to, “Do proper justice to that incredible musicianship and the perfect harmonies that made The Eagles so iconic.”

Focusing on the music of The Eagles’ 1976 album Hotel California, plus their other biggest hits from the 70s and 80s, fans will be treated to live performances of Desperado, Take It Easy, Tequila Sunrise, One of These Nights, Life in the Fast Lane, Heartache Tonight, New Kid in Town, Witchy Woman, Lyin’ Eyes, Take It to the Limit and more.

Touring across Australia this Jan-April, the show will bring some long-overdue entertainment to non-metro areas of Australia when it visits 19 regional theatres across the country.

The music of The Eagles touched the hearts of a generation. If you enjoyed life in the fast lane in the 70s, or simply yearn for a night at the Hotel California, this captivating live concert is for you.

Tickets for this event are available at the venue box office on 07 4122 6060, or online at www.brolga.ourfrasercoast.com.au.

To see all upcoming events go to www.whatsonfrasercoast@outlook.com.