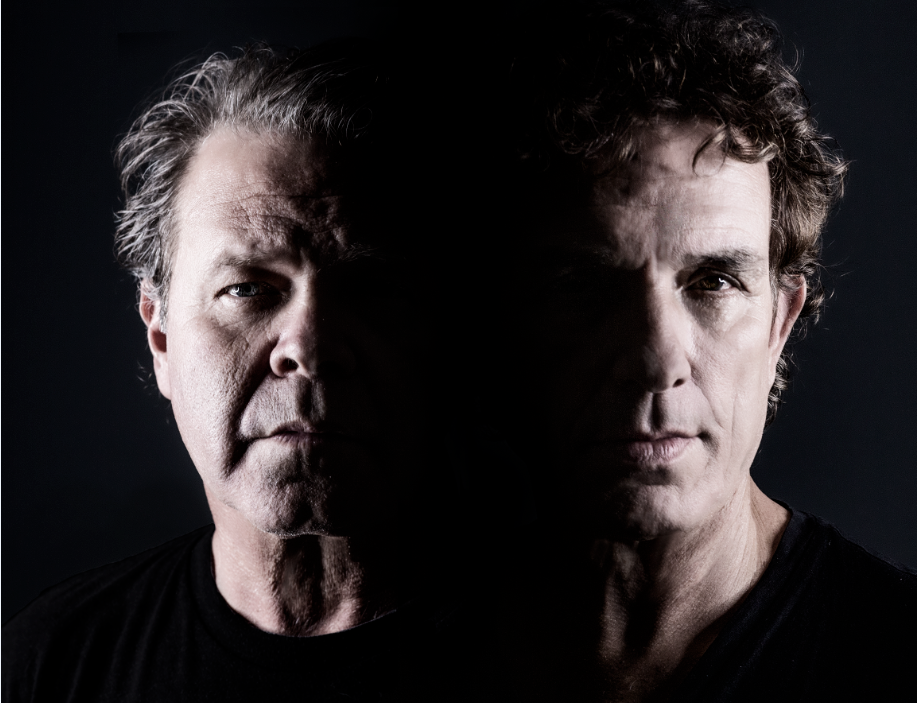 It has been a few years since I last had a chat with Troy Cassar-Daley. It was time to connect again when I heard that he and his good mate Ian Moss had joined forces for an acoustic extravaganza that blends country, rock, and soul, that showcases the very best of two massive music careers. This is a concert that you won’t want to miss.

How has your mental health been with all the disruptions and cancellations over the last two years due to Covid?

It has taken a bit of a beating for me and everyone around me to tell you the truth. But I think how you try to cope with it makes the difference. This is easier said than done, though. It is tough to face when you continually have to cancel or reschedule gigs. When your whole purpose is taken away, that has a considerable influence on your life, so yes, it has been a battle, but as usual, music has been the thing that has got me through for sure.

It is so good to talk about playing again, especially after the last two years. It has been a shitty run for the arts. Everyone knows that we are the first people to get on board when someone needs a hand, but I feel that the arts have really been neglected during covid. We have been at the end of the food chain during this pandemic. We just have to keep positive and hope that we can continue working and doing what we love.

This will be your first time touring with Ian Moss. Was this something that you had wanted to do for a while? How did it come about?

We have been friends for a long time. He came along as a co-driver one day while I was working on a record with Don Walker, Ian was just tagging along, and there was no way that I wasn’t putting him on a song with that voice and his guitar playing. So, we got him to come and sing some harmonies with me on Dark End of the Street, the old Percy Sledge Song. That’s where we became good mates.

I remember that Casey Chambers myself and Paul Kelly were sitting backstage about to open for Cold Chisel in Tamworth. Ian was in the room too. I asked him if he had ever thought about doing a couple of acoustic shows just for fun and to see where it took us stylistically. He loved the idea. It was like a mutual admiration society which was good, as we both admired the others’ work. I have been a fan of Ian’s since my teens sneaking in underage to watch him play.

We have done one show together in my hometown of Grafton, that was next level amazing, so I am just hoping that we can go ahead with these shows. I am so looking forward to being able to play on stage.

What is it like playing guitar with Ian Moss?

It is incredible. As a guitar player and a fan of Ian’s, I really wanted to make sure that I could accompany him in the right way. That is part and parcel of what we are doing with each other’s songs – sharing the accompaniment.

I’ve got a six-string Banjo that I play on a couple of tunes, and it really fits in, you wouldn’t think you would hear Banjo on a Cold Chisel song, but it works.

To play with someone that has not only been a great friend to me for many years but has also been a guitar hero of mine since I was young is a wonderful feeling. Ian is the complete package.

I spent a couple of years living in Maryborough, and I know many of my musician friends absolutely love Ian and what he does. I can tell you they will probably appreciate more what he does now on acoustic than ever. There is an intimacy that I am pretty sure that you will hear at the Brolga that you won’t hear at many band gigs. I can’t wait to bring the show up there.

What can people expect when they come to see the show?

You wouldn’t think that country and the Rock and Soul thing would work, but a lot of the songs Ian has been a part of for many years, like Tucker’s Daughter, tend to blend well. They tend to grow from the same tree as the country thing.

It will be wonderful to slip one or two new songs amongst all of the songs that people know.

March of last year, 2021, your 11th studio album, The World Today, was released. How deep did you have to dig for this one? Tell us a little about the journey behind the scenes?

That record was inspired by many things that have happened in my life. I lost my dad to suicide, which was a really tough one. It is still hard to even talk about. Some inspiration is drawn from when I was living and working in Maryborough and was playing and singing in the Blue Heeler Band. I played a lot of guitar in that band, so this album revisits those days of being a guitar player again.

It was hard to dig deep, and we were in the middle of Covid, but once I started the ball rolling, I was able to channel all the stuff that had gone on in my life into an album. The album won an ARIA award last year for Best Country Album, and it just won Golden Guitar before we got to Tamworth for the highest selling record.

If I visited your studio, what would I find in there?

I am sitting in the studio right now. I have my computer right in front of me, and I have a little jar of dirt from where my indigenous family come from. The jar used to be full of holy water given to me by my aunty; she is very catholic. When the water dried up, I put some little leaves and some dirt from the area where we go and have a men’s camp, it is a bit of a source of inspiration for me, and I look at it quite regularly. It sits on top of my little songwriting book. I see a little rack of guitars that I still own when I look to my right. I also have a picture of my EH Holden, next to a photo of my family. The Holden is getting restored in Gympie of all places, so in the next few months, I will go back up there and help reassemble that car. Basically, my studio has a lot of little trinkets that remind me of who I am. This is what I draw on when I start to record and write.

You mentioned that you used to live in Maryborough. What are your memories of our region?

I spent two and a half years living in Adelaide St, above a doctor’s surgery in Maryborough. I just loved the area. People really embraced music. I used to play at the Torquay Hotel in Hervey Bay, we used to play there regularly. They used to have a little machine, and if you played too loud, it switched the power off. I don’t know whether that’s still there, but that was the biggest pain in the bum. We played at other local venues, too, including Kingfisher. The area was a real melting pot of music, and I learned so much from the band that I played with at the time. I still miss those days.

I just can’t wait to get back and play a show there with Ian because I know that a lot of us loved Ian when we were playing around the traps up there, and to be able to come back with someone like him is just a real thrill, but to be able to share it with all our friends will be fantastic. 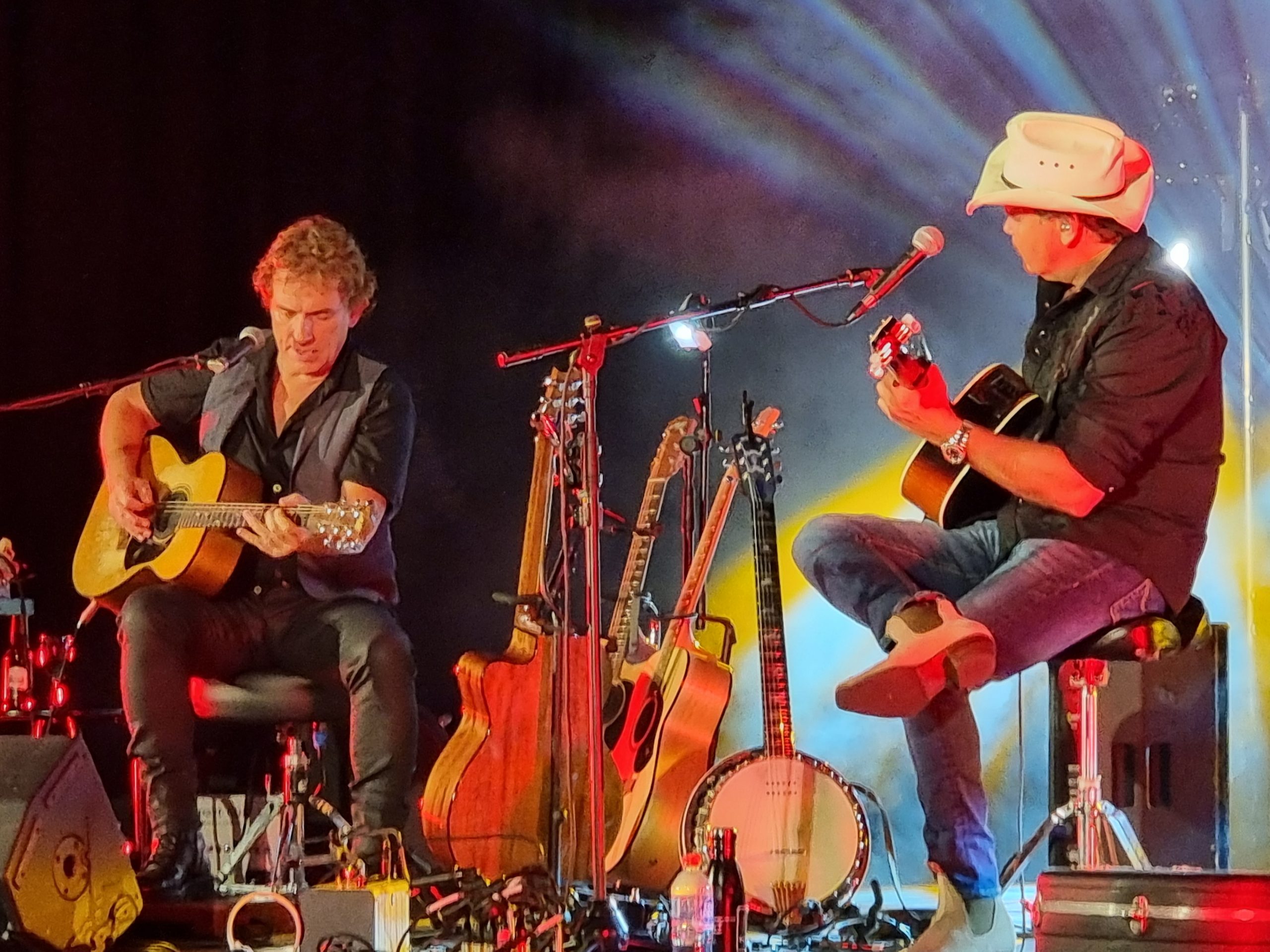